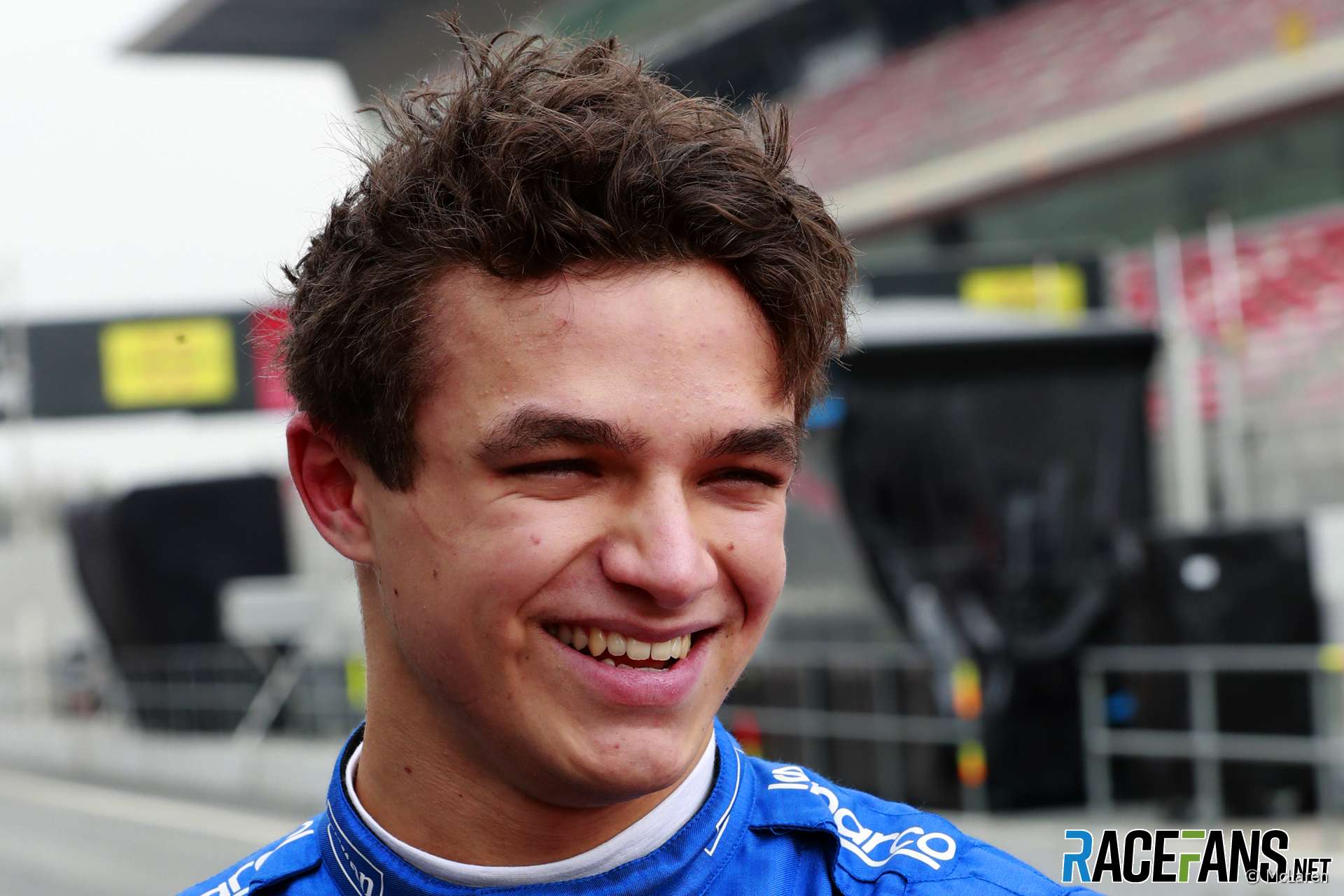 Lando Norris says he hopes to try a real IndyCar at some point in the future after winning the series’ iRacing Challenge at his first attempt.

Speaking after he won today’s round of the official simracing series on Circuit of the Americas, Norris said he would like to enter the championship’s blue riband event, the Indianapolis 500, one day.

“When that does happen, which I’m hoping will be soon, then I guess I’ve got to focus on my job and my career first. Hopefully eventually I’ll get an opportunity to drive an IndyCar.

I’ve driven a few different cars through growing up and getting into Formula 1. Doing Daytona 24 Hours in the LMP2. I would love to explore more variety not now, for now I’ve got my focus on Formula 1.

“But at some point in the future whether it’ll be the Indy 500 or just a one-off race or something, I would love the opportunity to go over to America and have a go. That’s something to think about in the future.”

Next week’s IndyCar iRacing Challenge event will be held on the Indianapolis Motor Speed. Norris said he may join in despite his lack of experience on ovals.

“I’ll try to, I’m not 100%. I’ve been doing a bit of oval racing on iRacing actually in the IndyCar. It’s really good fun. I’ve not done any big competitions.

“I’m sure the road course side of stuff is in some ways easier and more what I’m used to because I never really drive ovals but a lot of the IndyCar drivers to drive ovals quite regular. They’re going to know a lot of trick that I don’t know. It’s going to be a bit vice-versa.

“I need to speak with the team, with Arrow McLaren SP. I hope so, I hope to be able to get that opportunity.”

10 comments on “Indianapolis 500 appeals to Norris after iRacing win”