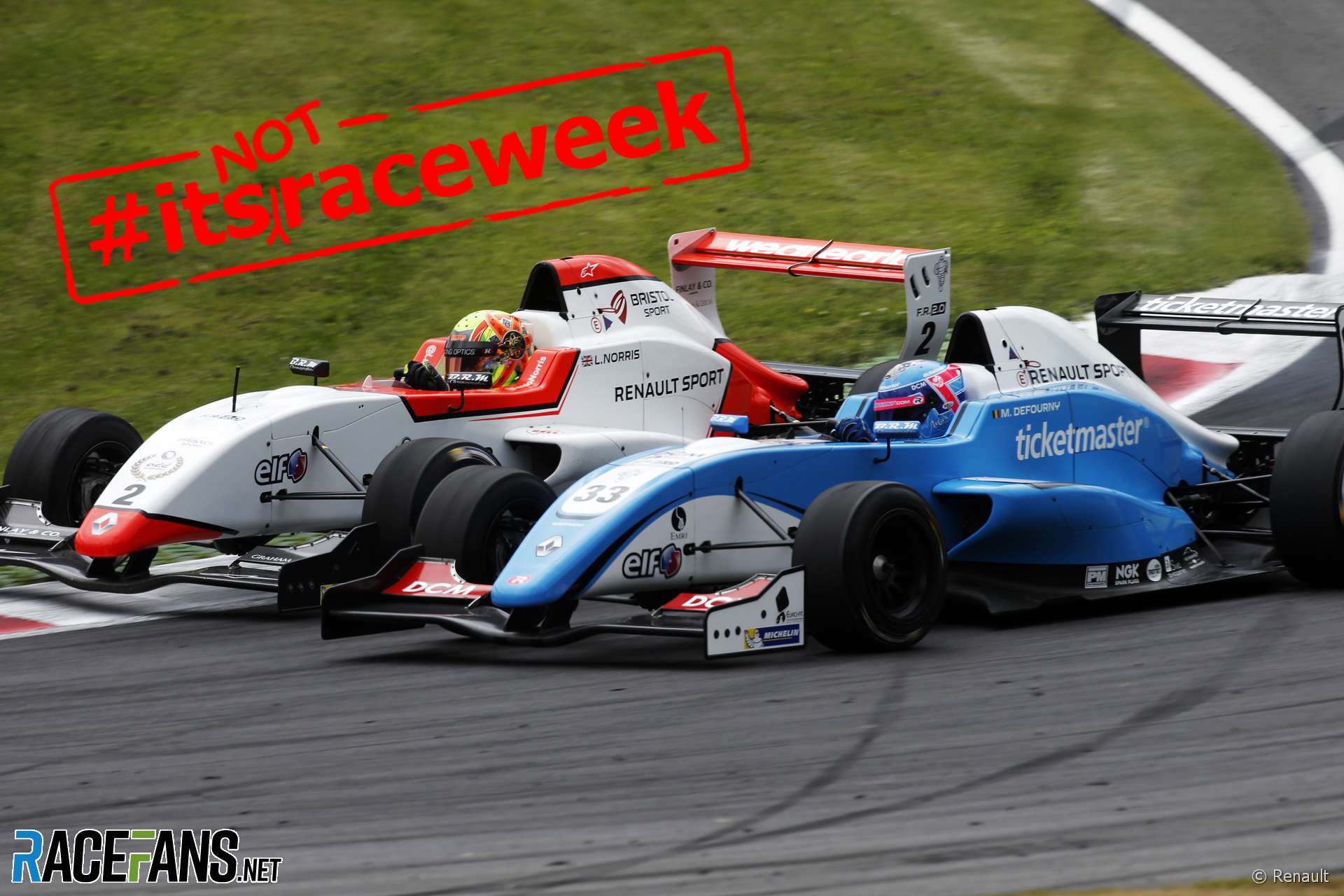 Four years ago, and three years before he got his Formula 1 break with McLaren, Lando Norris was busily working his way up the junior single-seater ladder.

How busy? He won three championships that year, beginning with the Toyota Racing Series New Zealand. Back in the days before he became a social media sensation, with his every Twitch applauded by cheers of “milk” and “it’s bwoken”, As well as a part-time stint in the British Formula 3 series, he also raced two Formula Renault 2.0 categories. That included the prestigious Eurocup, which our latest It’s Not Race Week choice has been chosen from.

The eighth race of the year at the Red Bull Ring marked the mid-point of the 15-race series. Norris arrived with a 23.5 point lead over Max Defourny, who had marked himself out as a title contender by winning the season-opening race from pole.

Within moments of the start in Austria it looked like the race was all over. From his sixth front row start of the year (a seventh, in Monaco, was lost due to a technical infringement), Norris shot off to a one-second lead within two corners while Defourny and the rest played catch-up.

But by the halfway point in the race Defourny was all over Norris’s rear wing, and a spirited fight for the lead broke out. As the laps ticked down Ferdinand Habsburg began to loom large in their mirrors, and a three-way scrap for victory was on the cards. But which of them would break free to secure the win?

More on this race – contains spoilers

Norris’s win – his fourth of the season up to that point – put him almost 30 points clear of Defourny in the points hunt. He eventually clinched the Eurocup championship, along with the Formula Renault 2.0 NEC title.

In the year after that triple-triumph, Norris was signed to McLaren’s young driver development programme, and his continued success in junior categories assured his ascent to the top flight.

His Eurocup rivals largely failed to follow the same trajectory. Defourny returned for another crack at the Eurocup title the following year but ended the year fourth behind a group of other second-year drivers. Habsburg landed a DTM drive while a few other names on the grid – Jehan Daruvala and Robert Shwartzman – have made it into Formula 2.