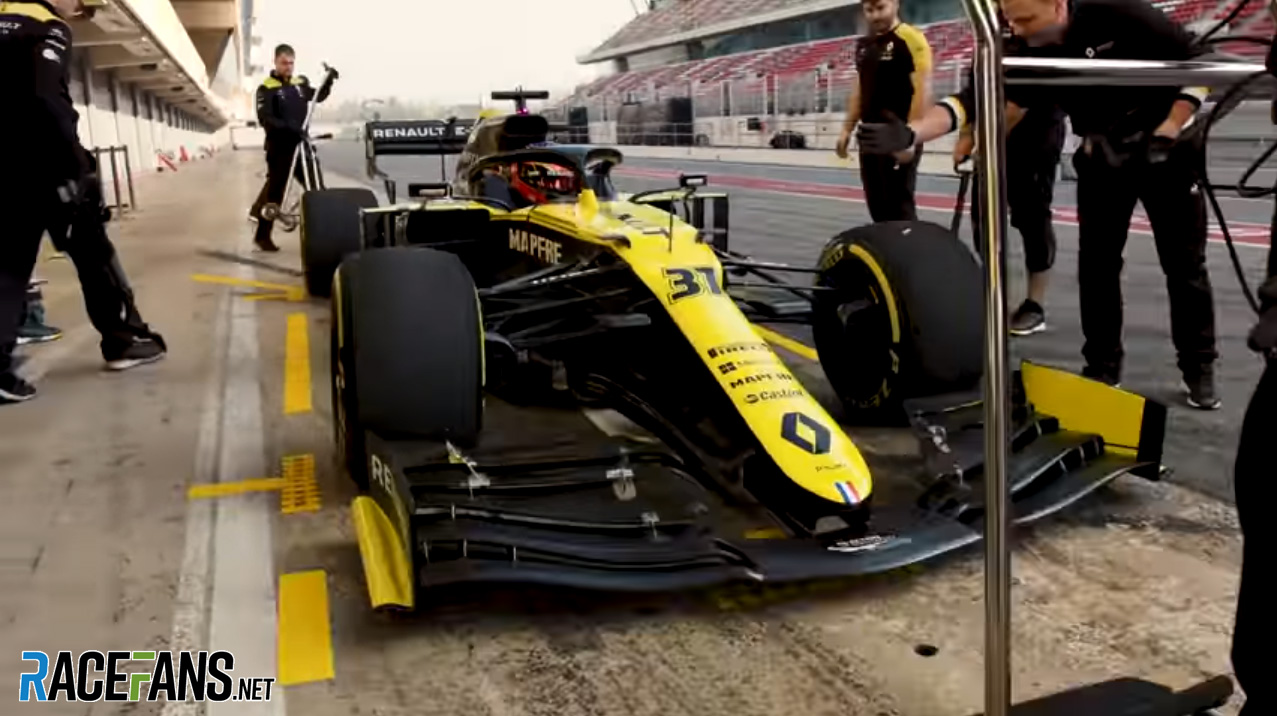 Renault’s RS20 has run in two interim liveries ahead of the new season.

The team presented its RS20 in an all-black colour scheme in testing. However the car also ran in another guide, similar to its 2019 livery, in a filming day at the Circuit de Catalunya.

Renault intends to officially present the new livery in an event in Melbourne tomorrow.

Team principal Cyril Abiteboul said Renault are “as best prepared as we can be for the start of the year thanks to the hard work across Enstone and Viry over the winter months.

“These efforts were exemplified in pre-season testing with solid engine reliability and a performance level, which fitted with what we expected to see. Now we aim to see the benefits of our preparation come to fruition at a race weekend.”