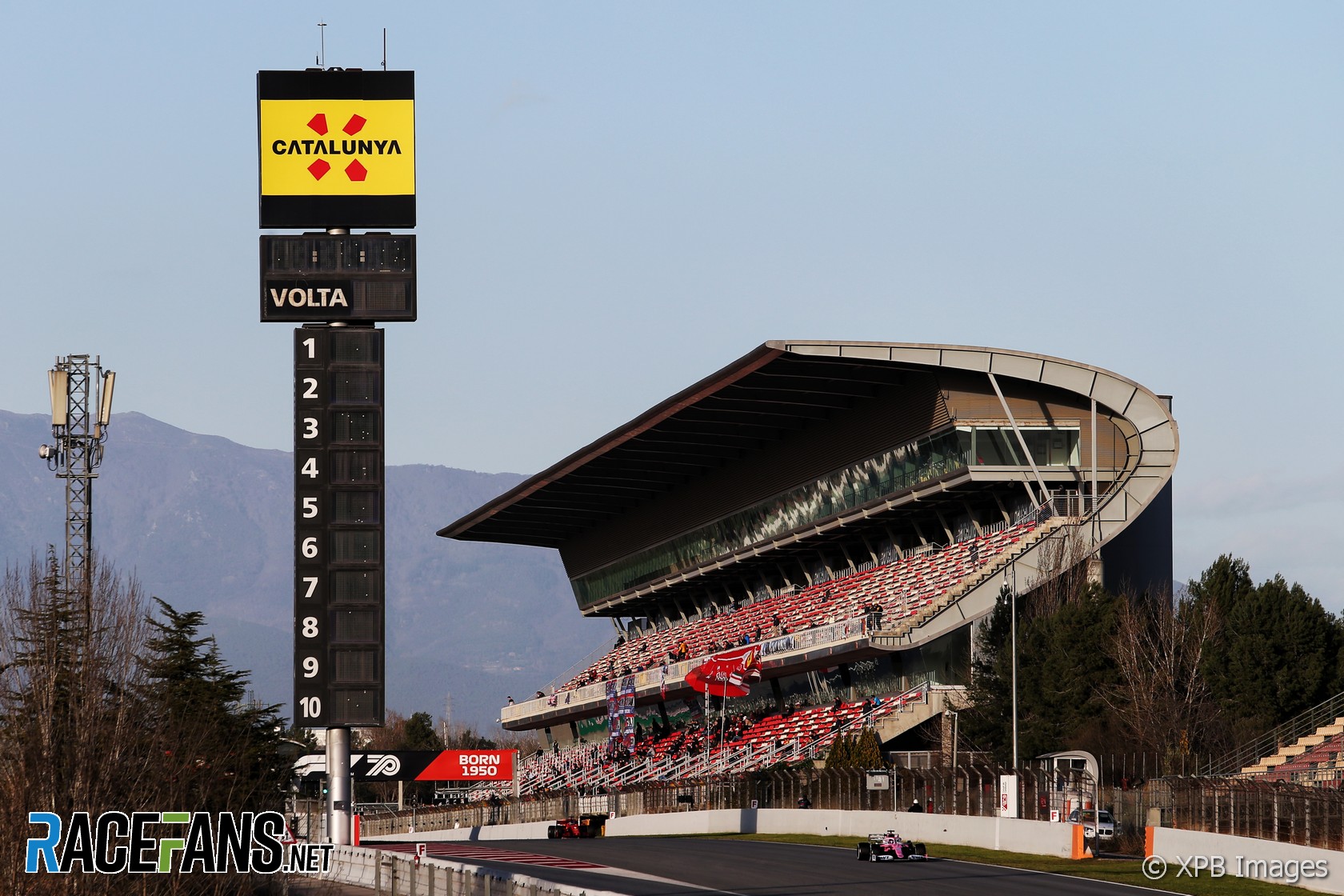 Wander about the Circuit de Catalunya paddock and wherever F1 folk are huddled you can bet there is a single topic of conversation: Coronavirus.

[f1tv2020testb]Discussions about the disease dominate eclipsed those about DAS in the second week in Spain. Everybody holds an opinion about it, yet nobody has a definitive solution, for here for the first time in recent F1 history is an invisible disruptor over which the sport has zero influence.

F1 is an extremely complex sporting business. But the can-do attitude which has served this global activity so well over the years has seemingly met its match in a contagious microbe.

To date only a single round in China been postponed. But as the virus takes hold in further reaches of the globe including Italy – home to Ferrari, AlphaTauri, Haas chassis builders Dallara, tyre supplier Pirelli and many other F1 staff – the potential for further disruption is obvious. The fear in the Barcelona paddock is that the season could well dip to 15 races, or a 30% reduction.

What options does Liberty have to keep its 22-round show on the road? Very few, bar hoping that a cure is found PDQ.

Unsurprisingly, the potential financial impact of Coronavirus was a major talking point during Liberty Media’s Q4 investor call earlier this week. The FWONK share price dipped from over $47 to under $37,50 in a week – six-month low, negating much of the solid work put in by commercial rights holder Liberty Media over the past three years.

F1’s various revenue streams depend upon Liberty honouring its side of contracts, and/or that no-event insurance policies cover illnesses such as Covid-19. If not, the sport stands to face losses running to hundreds of millions or more.

For example, a cash-sensitive outfit such as Williams derives around $60m annually from Liberty, split approximately $30m each from race hosting fees and television income. Therefore a reduction in F1 revenues of 20% (five rounds) would hit the team to the tune of $6m. Assuming, that is, that broadcasters continue paying their full fees despite a truncated calendar. If not, the penalty could easily double to $12m or more.

Given that the team last year posted an estimated loss of $25m, the loss of $12m could prove crucial. And Williams is far from being alone in this predicament.

Shifting races to other venues is no solution, either: Not only would such a switch require unanimous team agreement, but what use moving Shanghai’s race to, say, Imola or Kyalami – a move that would take up to three months to effect – only to discover that country is now grappling with the virus too?

Nor would Imola’s promoters be able to stump up the estimated $40m paid by the Chinese promoters at such short notice. And it is unlikely that insurance will cover any shortfalls, plus the goodwill that Liberty has generated in China could be damaged.

“In the event, if the [Chinese round] is not held, we will not receive the promotion revenue, but given the early notice on this postponement, we’re working hard to mitigate these effects, and project the impact to adjusted [operating income] to be relatively minimal,” F1 CEO Chase Carey said in the investor call to investors.

Understandably the official F1 line is that the season is going ahead. This is for two reasons: First, the fervent desire to reduce losses wrought by the Chinese postponement at both Liberty and team levels. Second, there are as yet no medical reasons or travel advisories that make it imperative to cancel further events. But the latter could change at any stage.

Where other sports such as football are able to stage matches without spectators – effectively full international games require just 22 players plus a handful of officials – and conjure up venues at short notice, grands prix cannot be held safely without (at least) 50 staff per team in addition to hundreds of officials and medical staff. Plus, there are no guarantees that 1,000 or so heads and 250 tons of freight will even reach the venue due to air travel disruptions.

“I think [Liberty] is dealing with it behind closed doors because everything you say now, it could be obsolete in an hour,” said Haas team boss Guenther Steiner in Barcelona on Thursday evening. “I looked at the news maybe at lunchtime, if I look now for sure there’s something else going on.

“We need to get [to Melbourne], and we could plan anything and it could be obsolete again tomorrow,” he added. “At some stage it will be [that] if we [try to] get the planes which you can go without stopping, in for example Hong Kong or Singapore or wherever it is not allowed, they will be full.”

Decisions need to be taken with regard to Melbourne, then Manama and Hanoi. Leave matters too late, and unnecessary costs mount; take decisions prematurely, and subsequent losses could prove enormous, indeed even fatal for some. But that it outside the hands of those running F1, leaving the only realistic option to carry on until a final decision is forced by circumstances outside its direct control.