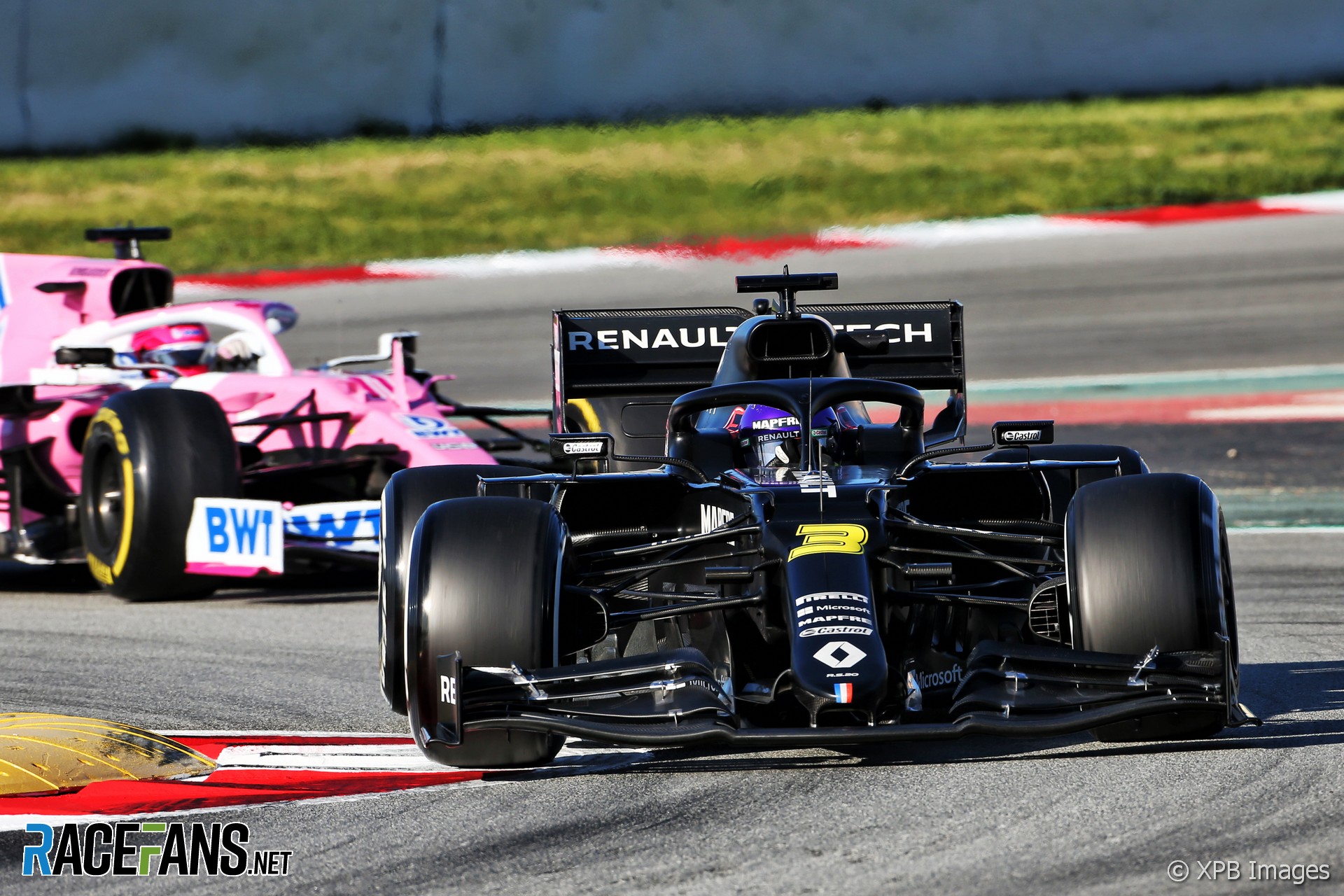 Daniel Ricciardo headed the morning of the final day of pre-season testing, setting Renault’s best time of the test so far.

A lap of 1’16.276 put Ricciardo less than a tenth of a second ahead of Charles Leclerc. The Ferrari driver also improved his team’s quickest time of the test.

Seven of the drivers in the top eight times improved their team’s benchmark times so far. The exception was Lewis Hamilton, third, who was the morning’s busiest driver. Back on track following his power unit problem yesterday, Hamilton completed 89 laps with no apparent problems apart from a few puffs of smoke from the back of his car early in the day.

Williams has recorded the biggest year-on-year improvement in testing times so far. George Russell’s lap of 1’16.871, which put him sixth overall, was over 1.2 seconds faster than the team managed last year.

Kimi Raikkonen ended the morning ninth for Alfa Romeo following a spin at the exit of the chicane. Alexander Albon also spun off in his Red Bull at turn 11, but managed to pick his way out of a gravel trap and return to the pits.