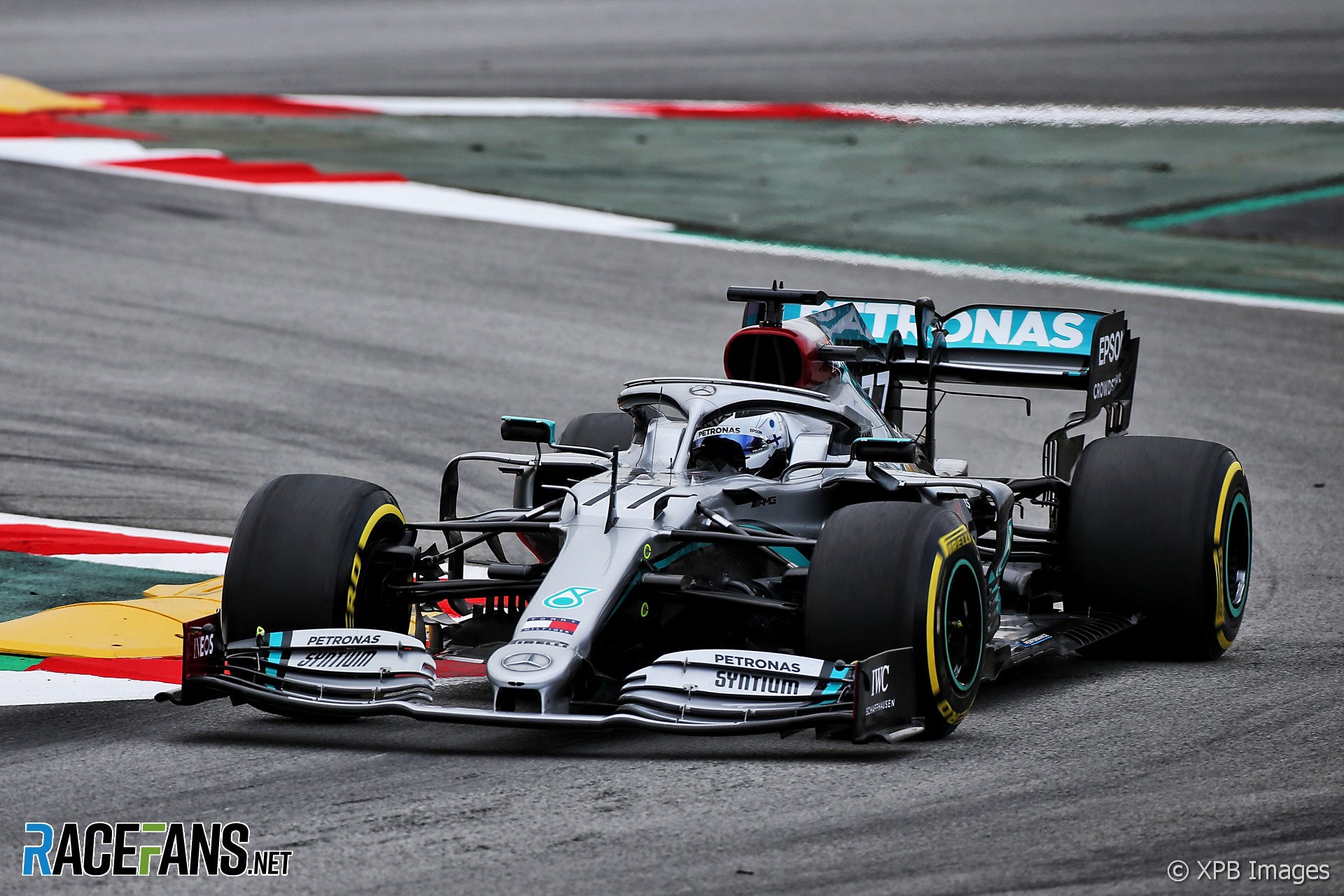 Valtteri Bottas’s Mercedes headed the final pre-season test day of 2020, though the top three cars were covered by less than a tenth of a second.

Max Verstappen was second-fastest for Red Bull, gradually lowering the team’s best time of the test with a series of runs on increasingly soft tyres throughout the afternoon. However his final effort on C5s failed to produce the improvement which might have lifted him to the top.

Renault were third-fastest courtesy of the time Daniel Ricciardo set during his morning run in the car. Esteban Ocon took over the RS20 in the afternoon and ended the day sixth behind Lewis Hamilton in the other Mercedes.