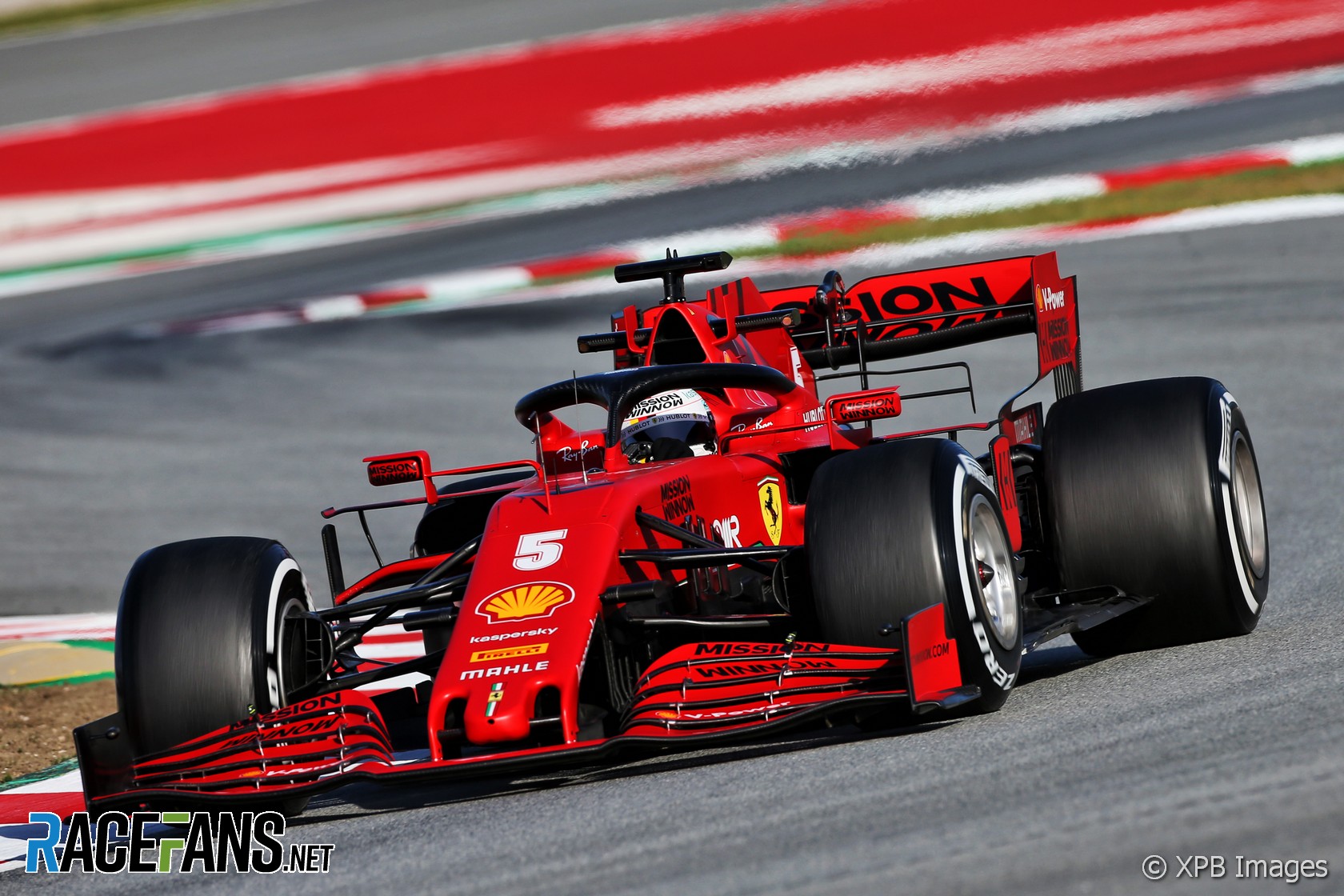 Ferrari and Mercedes had contrasting fortunes on the fifth day of pre-season testing at the Circuit de Catalunya.

Sebastian Vettel ended the day on top after cutting more than a second off the team’s previous best time in the test. But Mercedes’ running was cut short by the latest in a series of power unit problems for the team.

Vettel set a 1’16.841 shortly before the lunch break which still stood as the fastest time at the end of the day. He also covered more than two race distances at the wheel of the SF1000, despite spinning off at turn five in the morning.

Lewis Hamilton did just 14 laps after taking over from team mate Valtteri Bottas at midday. He was delayed leaving the Mercedes garage after lunch, then came to a stop at turn six.

The team later confirmed they “experienced an oil pressure anomaly which made the engine shut down as a precautionary measure” and were “further investigating the issue.” Hamilton’s car did not reappear.

The top five drivers all set the quickest times for their teams in the test so far. Pierre Gasly moved AlphaTauri up to second place in the afternoon ahead of Lance Stroll’s Racing Point.

Williams had borne the brunt of Mercedes’ power unit problems until today, but Nicholas Latifi enjoyed a trouble-free day on his way to the fourth-fastest time. He covered 160 laps, one of the highest totals for a driver on a single day throughout the test.