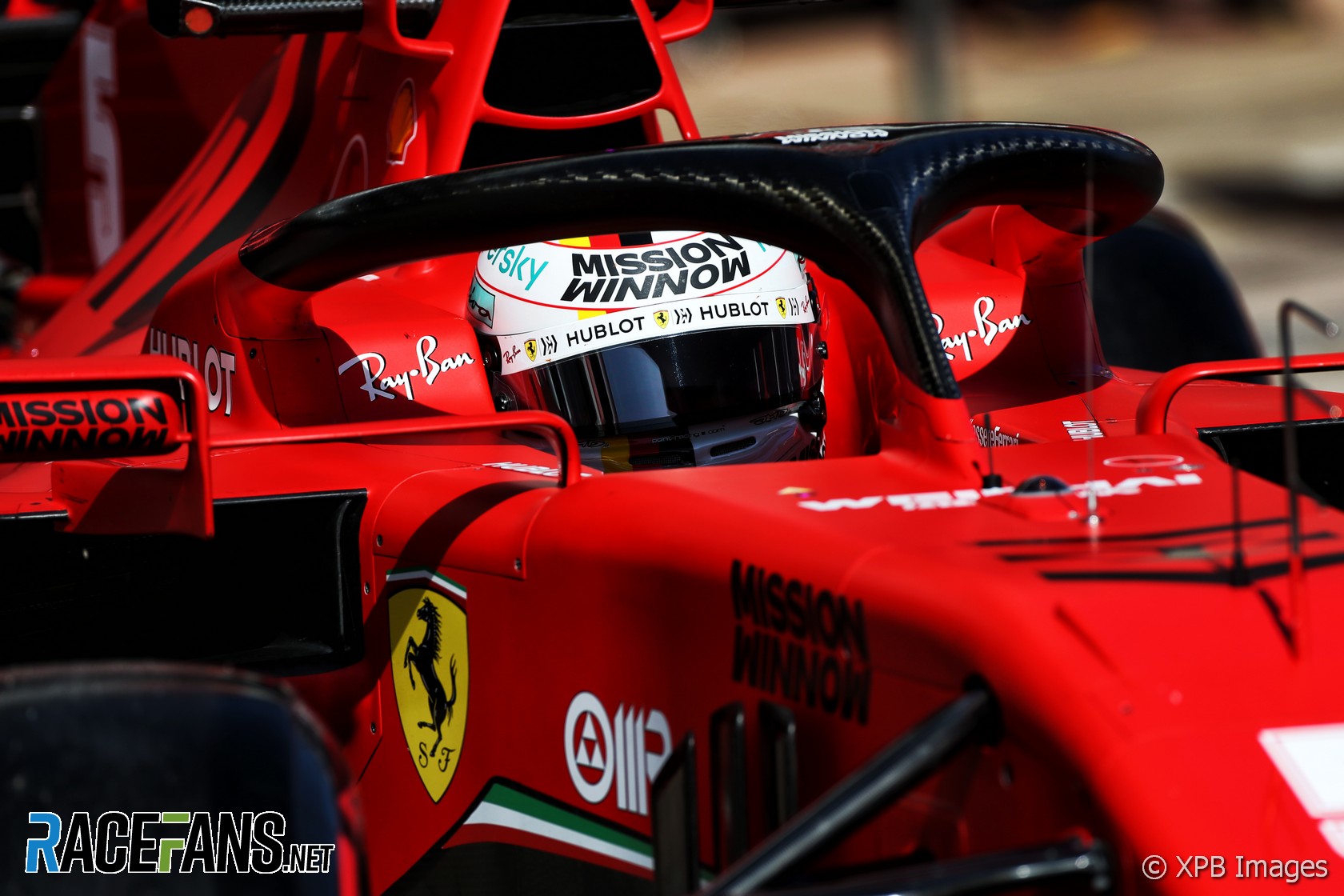 Sebastian Vettel took 1.2 seconds off Ferrari’s best time of pre-season testing so far after he and several other drivers had spins on Thursday morning.

Vettel’s SF1000 got away from him at the exit of turn five, which had already caught out several other drivers earlier in the session. The Ferrari dragged gravel onto the circuit as it rejoined, triggering the latest in a series of red flags, all of which were caused by driver error.

Valtteri Bottas went off at the same corner earlier on but was able to continue. Max Verstappen was not so lucky when his Red Bull snapped sideways on the way in to turn five, however, and came to a stop in the gravel, causing another session stoppage while his car was recovered.

Like Bottas, Verstappen appeared to be caught out by a damp patch off-line on the way into the corner. Overnight rain meant the session began in damp conditions and most drivers stuck to intermediate tyres for the first runs.

Antonio Giovinazzi was another driver to be caught out by the conditions. He backed his Alfa Romeo into a barrier, damaging the rear win on his C39, though he was able to recover to the pit lane.

Despite those disruptions half of the drivers were able to improve on their teams’ best times of testing to date on the penultimate morning of pre-season action. They included Lance Stroll, second fastest for Racing Point, Nicholas Latifi, an encouraging third for Williams, Lando Norris in fourth for McLaren and Kevin Magnussen’s Haas in eighth.

However the conditions and interruptions prevented anyone from covering a race distance.