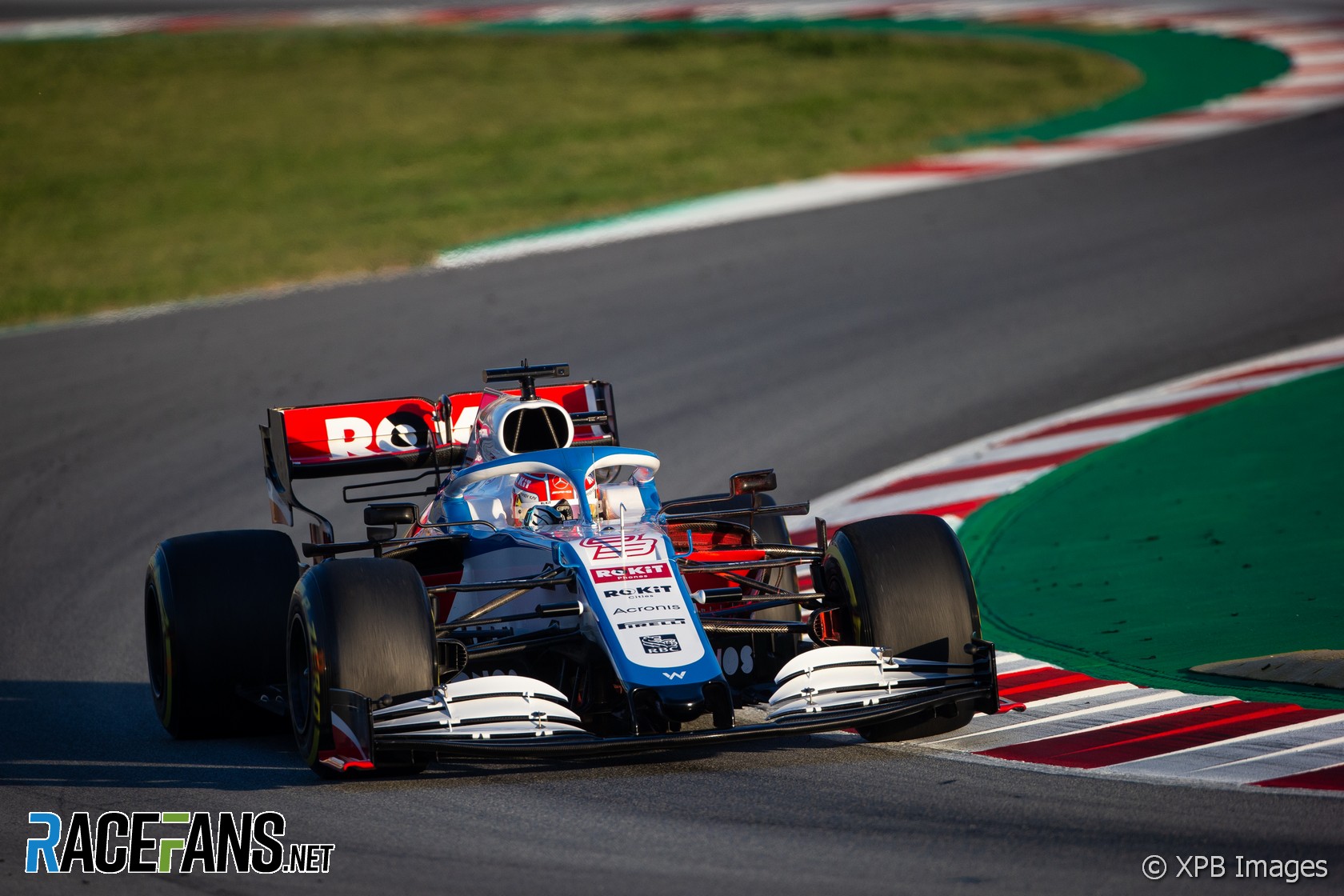 Mercedes became the first team to break the 3,000 kilometre mark on the fourth day of pre-season testing. The silver cars have averaged over two-and-a-half race distances per day.

That may frustrate their engine customers Williams who suffered their second power unit failure of the test today. The factory team and fellow Mercedes users Racing Point have had the fortune to avoid any similar stoppages, while Williams have sunk almost to the bottom of the mileage table.

“So far from the Williams side of things, things have been going well,” said George Russell. “We’ve had no issues.

“Mercedes are really pushing with the engine front. Definitely pushing the boundaries at the moment. And like I said this is testing and these things are always going to happen. But as an engine supplier, they are on top of things.”

Three teams improved on their best time of testing so far as the second test got underway: Red Bull, Ferrari and Alfa Romeo. Of those, only the latter has gone quicker than it did in last year’s test and race weekend.

While Red Bull and Ferrari are behind the likes of Alfa and Racing Point on the overall tables, last year’s midfielders are not taking that as a sign they might be in among the ‘big three’ teams in 2020.

“I think the top teams are still very strong,” said Perez. “But it’s very difficult to figure out where everyone is. I think by the end of testing we will have a bit of a bigger picture.

“Right now, the more you try to look into the times, the more you waste your time. So we’ve got to wait for the next two days, see where everyone is when they do a bit more long running, it’s a bit easier to figure out.”