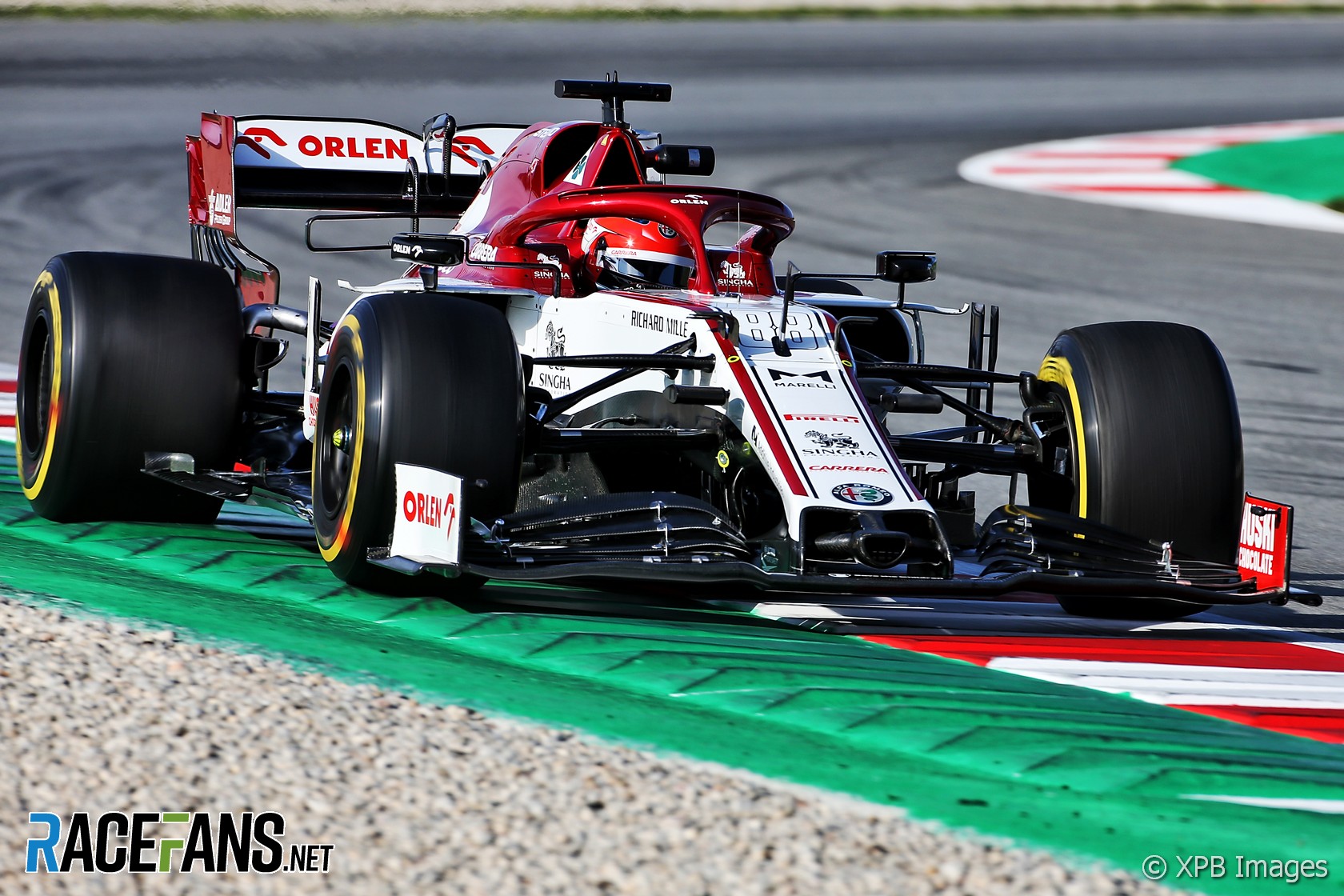 Robert Kubica set Alfa Romeo’s quickest time of pre-season testing so far as he headed the morning’s running at the Circuit de Catalunya.

[f1tv2020testa]The team’s test driver spent his second half-day at the wheel of the new C39. He completed over 50 laps after avoiding the barriers when he had a spin at the chicane an hour into the session.

Alexander Albon ended the morning third on the times sheets but spent much of the first two hours in the Red Bull garage due to a technical problem on his RB16. Red Bull’s sister team AlphaTauri also had a quiet morning, Pierre Gasly completing just 25 laps, the last of which moved him up to second in the times ahead of Albon.

Mercedes and Ferrari completed their usual extensive mileages with little obvious trouble. Sebastian Vettel improved on Ferrari’s best lap time from last week, but also had a high-speed spin at turn seven. He avoided damaging his Ferrari but the session had to be red-flagged so the marshals could clear gravel from the track.

The only other red flag during the morning was caused by Nicholas Latifi, whose Williams came to a stop on the straight between turns nine and 10. The FW43 did not reappear after it was brought back into the pits.

Romain Grosjean ended the morning’s running at the bottom of the times behind Latifi and Carlos Sainz Jnr, the latter missing out on some running as McLaren had to remove the floor from his MCL35 at one stage.