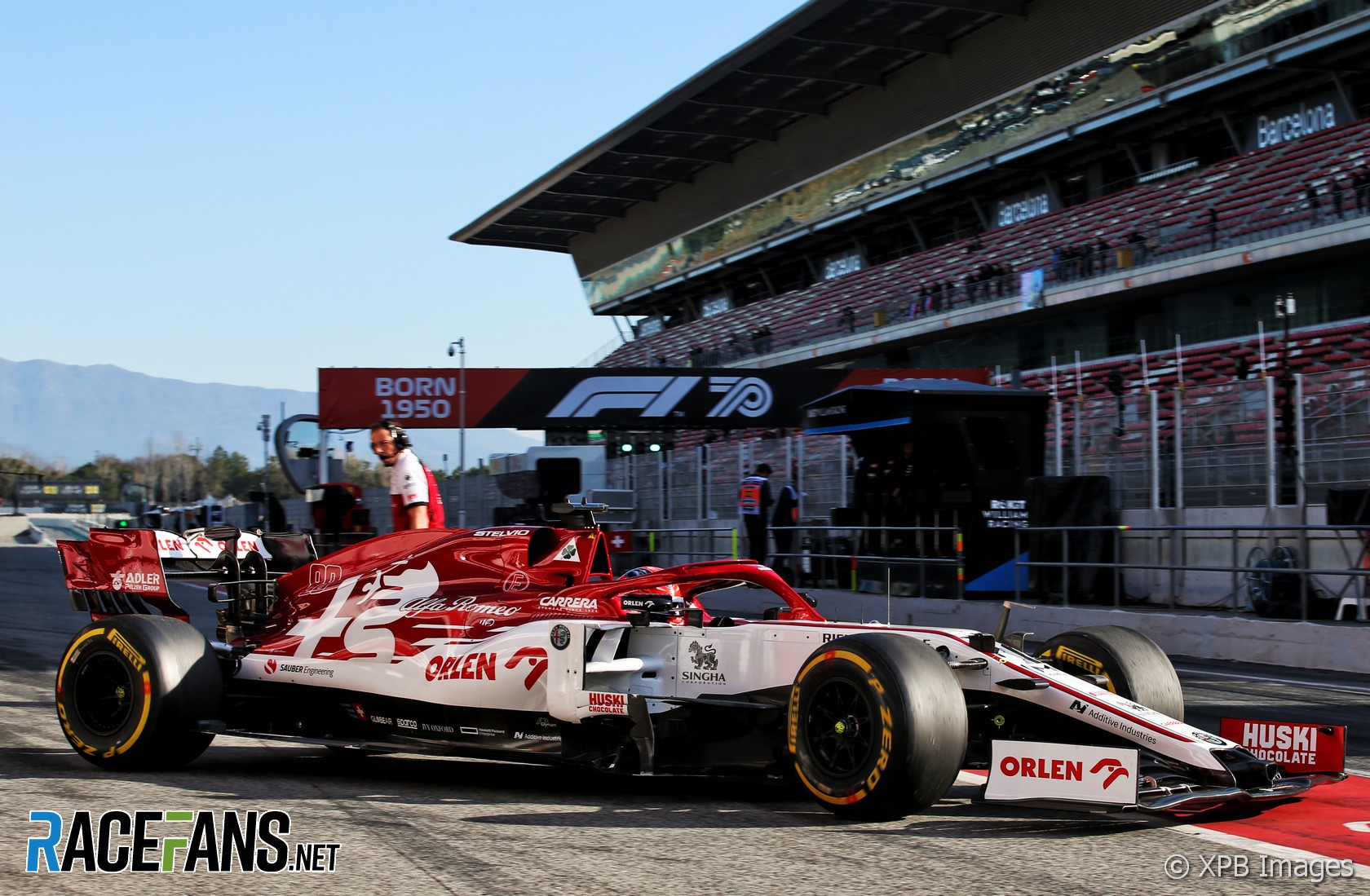 [f1tv2020testa]Kubica, who has joined the team from Williams, lowered their best time of the test so far with a lap of 1’16.942 during his morning’s running in the car. He handed over to race driver Kimi Raikkonen at the lunch break, but his time remained unbeaten during the afternoon’s running.

Red Bull had a quiet start to the day but Max Verstappen had a busy afternoon, covering more than a race distance. He also found time for two harmless spins.

The latter came with just five minutes to go and, unusually, coincided with Daniil Kvyat stopping his AlphaTauri elsewhere on the track. Those two stoppages brought out the red flags and meant the session came to an early end.

Kvyat set the fourth-quickest time behind Sergio Perez, with his team mate Pierre Gasly less than a tenth of a second behind him. Alexander Albon was sixth having, like Gasly, missed much of the morning’s action due to technical problems on his car.

The Mercedes drivers put another 179 laps on the W11 between them, though the overall pace-setters of pre-season testing so far didn’t trouble the top of the times all day. They were split by Lance Stroll, while Sebastian Vettel completed the top 10 after spinning his Ferrari in the morning.

All bar two of the regular race drivers were in action today: Only Antonio Giovinazzi and Kevin Magnussen did no running as all the teams bar Haas used two different drivers. The only driver to spend a full day in his car was Romain Grosjean, who covered 107 laps for Haas.