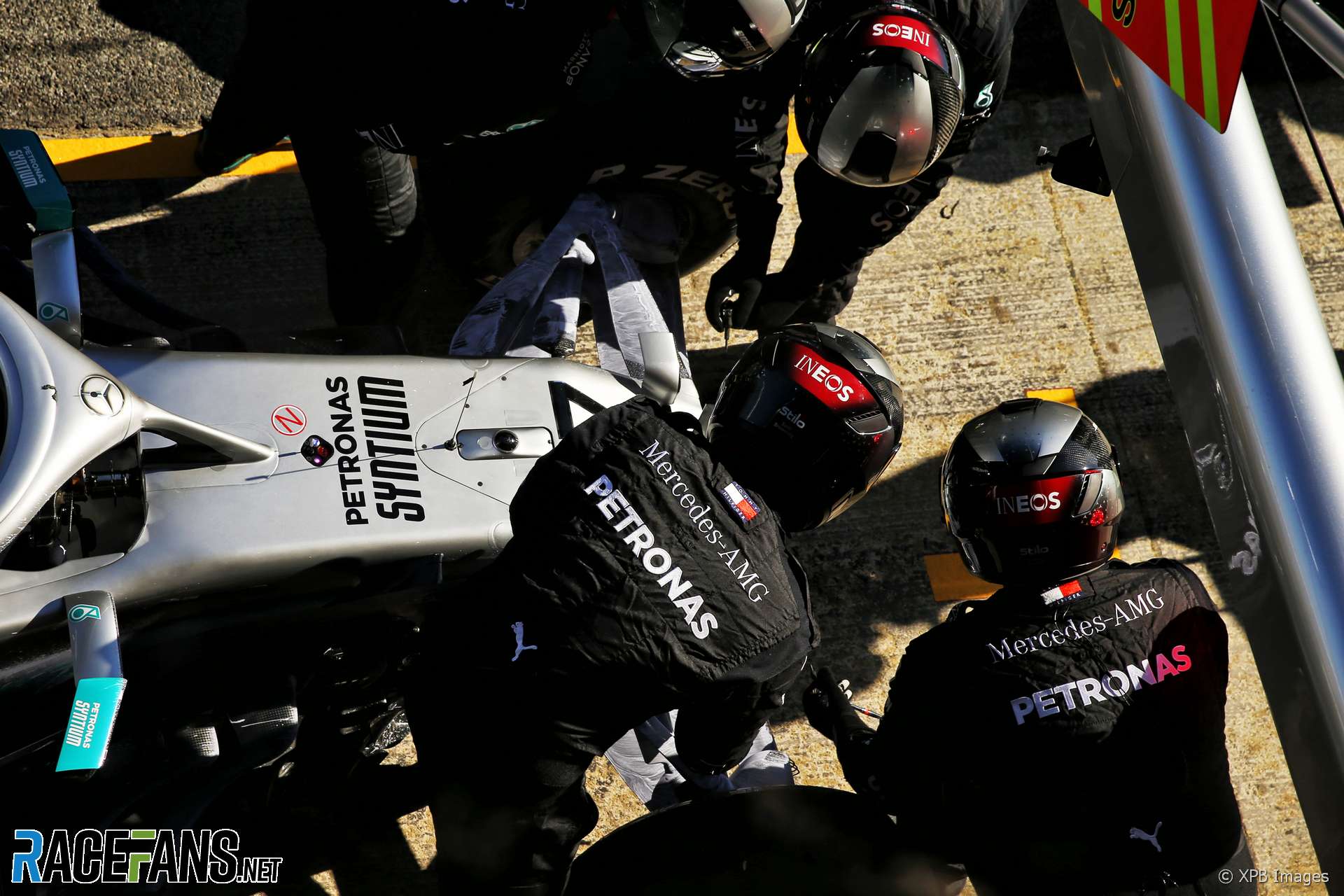 Racing Point team principal Otmar Szafnauer says the team will consider developing its own version of Mercedes’ DAS system rather than buying it from them.

[f1tv2020testa]Szafnauer said his team doesn’t fully understand the device’s construction and operation yet but will look at whether it’s worth adding to their car for this year and potentially future seasons.

“Even in a year like this, if it makes a big difference, we should do it because a system like that could transfer into 2021,” he said.

“The limitations in 2021, although there many, are predominantly aerodynamic. So we’ve got to throw out the aero but if you find a clever mechanical system then [it’s worth having].”

Szafnauer expects it will be ruled legal for this year. “We don’t understand it well enough yet. Maybe some teams will say no, it’s illegal.

“But it sounds like from just listening to the information that’s out there, from what James [Allison] was saying in an interview, that they’ve gone back and forth with the FIA quite a bit. So I think it would be odd for the FIA to say yes then no.

“However, that has been done in the past. Williams had a gearbox banned after a while, I’m sure there’s many more examples.”

It remains to be seen whether DAS will be legal under the extensively revised technical regulations for 2021, which partly aimed to stop teams using elaborate mechanical devices to adjust the car during the race. A new regulation for next year which states “the re-alignment of the steered wheels… must be uniquely defined by a monotonic function of the rotational position of a single steering wheel” appears to rule out DAS.

However Szafnauer believes the potential of the device, which appears to allow Mercedes’ drivers to alter the toe angle of their front wheels, could justify developing it.

“I don’t know about the trade-off but the benefits are pretty clear,” he said. “It’s just a matter of how you do it safely and how quickly it can happen.”

“If it’s a huge effort for a little benefit, probably not, because we have limited resource,” he added. “But if it’s a small effort for a big benefit, then probably yes.”

Racing Point already obtains some suspension parts from Mercedes and Szafnauer suspects it would be “legally possible” for them to purchase Mercdedes’ DAS parts. But he said they “don’t want to.”

“If we decide to go down this route we’ll do it ourselves. We do look around everywhere to see what other people are doing to improve our car. And I know the other teams do the same. So it’ll be interesting to see who’s the fast follower of this.”

“It looks like a clever bit of ingenuity,” he added. “And I’m sure everyone now will see how quickly we can get it on.”