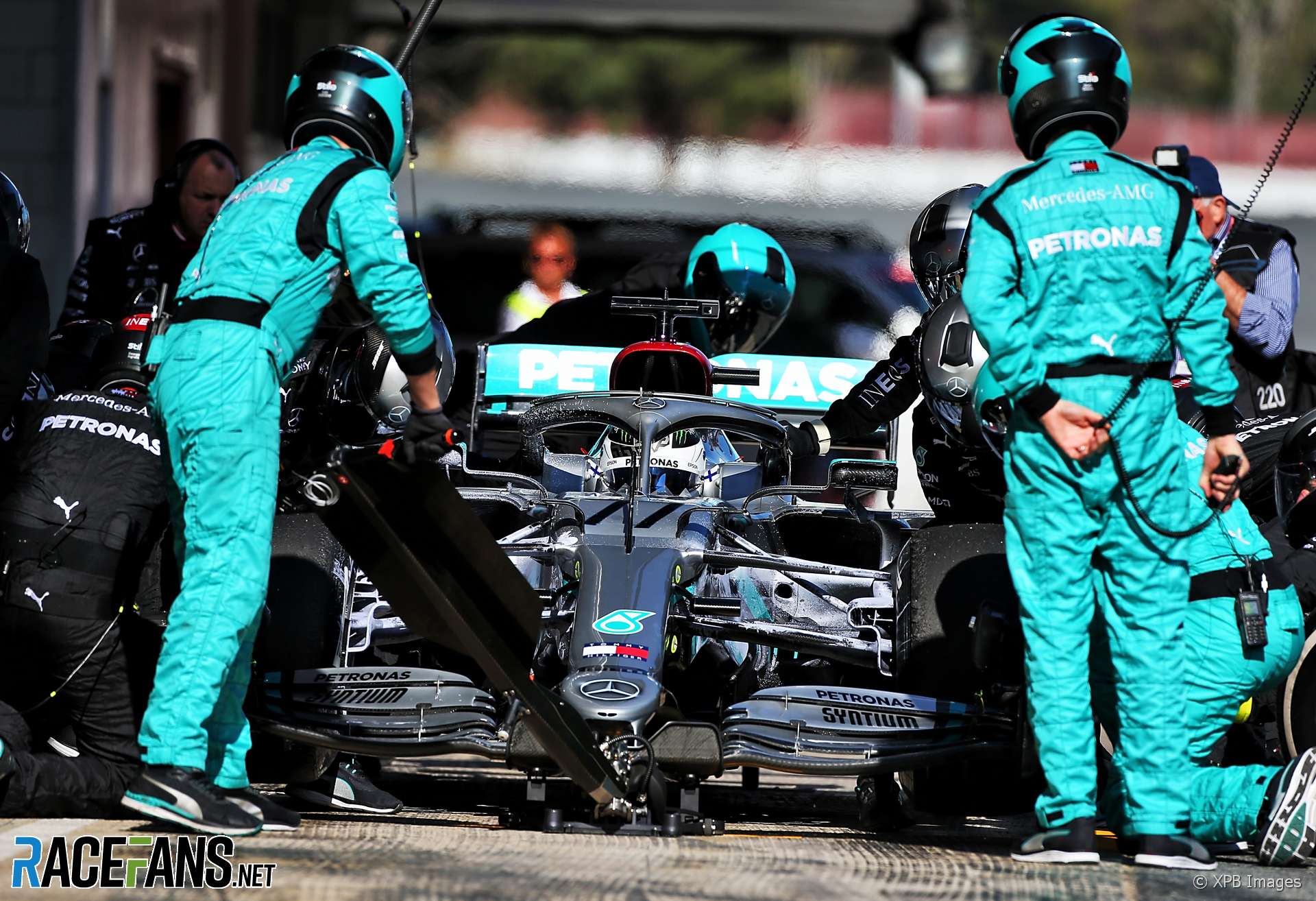 Valtteri Bottas says the Dual Axis Steering system Mercedes has pioneered on its W11 will give the team a performance advantage in certain circumstances.

[f1tv2020testa]The team ran the system, which allows the drivers to adjust the toe angle of the front wheels, during the last two days of this week’s test. Bottas, who ended this week’s first test with the fastest time, praised the team’s effort in developing the unique innovation.

“Obviously it’s very nice to be on the team running that kind of system,” he said. “I think it tells something about the great minds our team has. For sure it’s not an easy thing to start making and designing and then actually to make it work as it is now.

“We’re still learning about the system and the potential. I think in some kind of circumstances it can to be pretty good.

“But then we’ll be shown later on in the year in different conditions, different tracks, how it can help us, if it can. It’s quite impressive but it works all fine.”

Some of the team’s rivals, including Ferrari, are weighing up whether to develop a similar system of their own. Bottas revealed Mercedes has been working on DAS since early last year.

“I’ve been aware of it for quite a long time,” he said. “It’s not a quick project. I think the first time I heard something about it was nearly one year ago.”

3 comments on “Bottas: DAS will improve performance in certain circumstances”