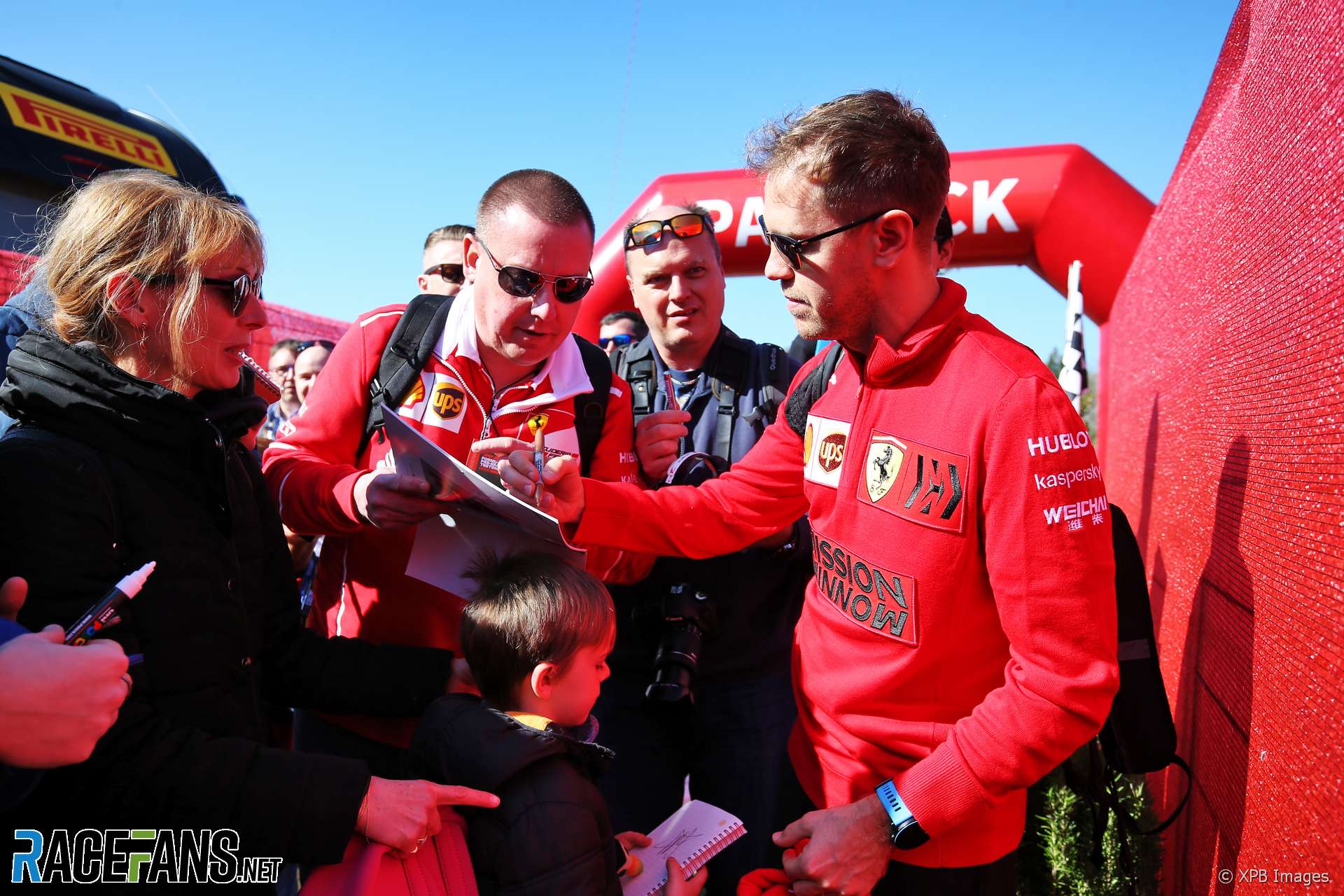 Sebastian Vettel suspects it wouldn’t be easy for Ferrari to copy Mercedes’ Dual Axis Steering system, but doubts the device will be a “ticket to win” this year.

[f1tv2020testa]Lewis Hamilton was spotted pushing and pulling his steering wheel forwards and backwards, which appeared to adjust the toe angle of his car’s front wheels.

The device was spotted via onboard footage from the live testing coverage, which has only been introduced recently. “We’re lucky that we have the onboards here otherwise maybe we wouldn’t spot it,” Vettel admitted.

“I’ve seen it and we talked about it at lunch,” he said. “It looks obviously interesting.

“I guess the fact that they’re running with it means that it’s legal. I don’t know, it’s called ‘steering wheel’, not ‘push or pull wheel’. But I don’t know if it works, I guess there’s quite a lot of work to bring it to the track and it’s probably not as easy as it looks for the driver to work with it.

“But we will see – for sure it was a novelty for us to see.”

“But for sure it’s an innovation and we’ll see whether it’s something that everyone has to pick up on or not.”

He also suspects that DAS is “not easy to operate” for the driver. “I think it’s quite weird when you have the feeling all of a sudden you might have the wheel in your hands.”

However that wouldn’t discourage him from trying the system if he had it. “I could just imagine it feels weird, but for sure if it’s faster than there’s no concern, you go for the faster option.

“We had the F-ducts many years ago and we drove around with one hand most of the track. That wasn’t safe, but it was fast. So you do what you’re pushed to do. But then that’s why we have the FIA obviously to look after us and make sure things make sense and we have got our hands on the wheel.”