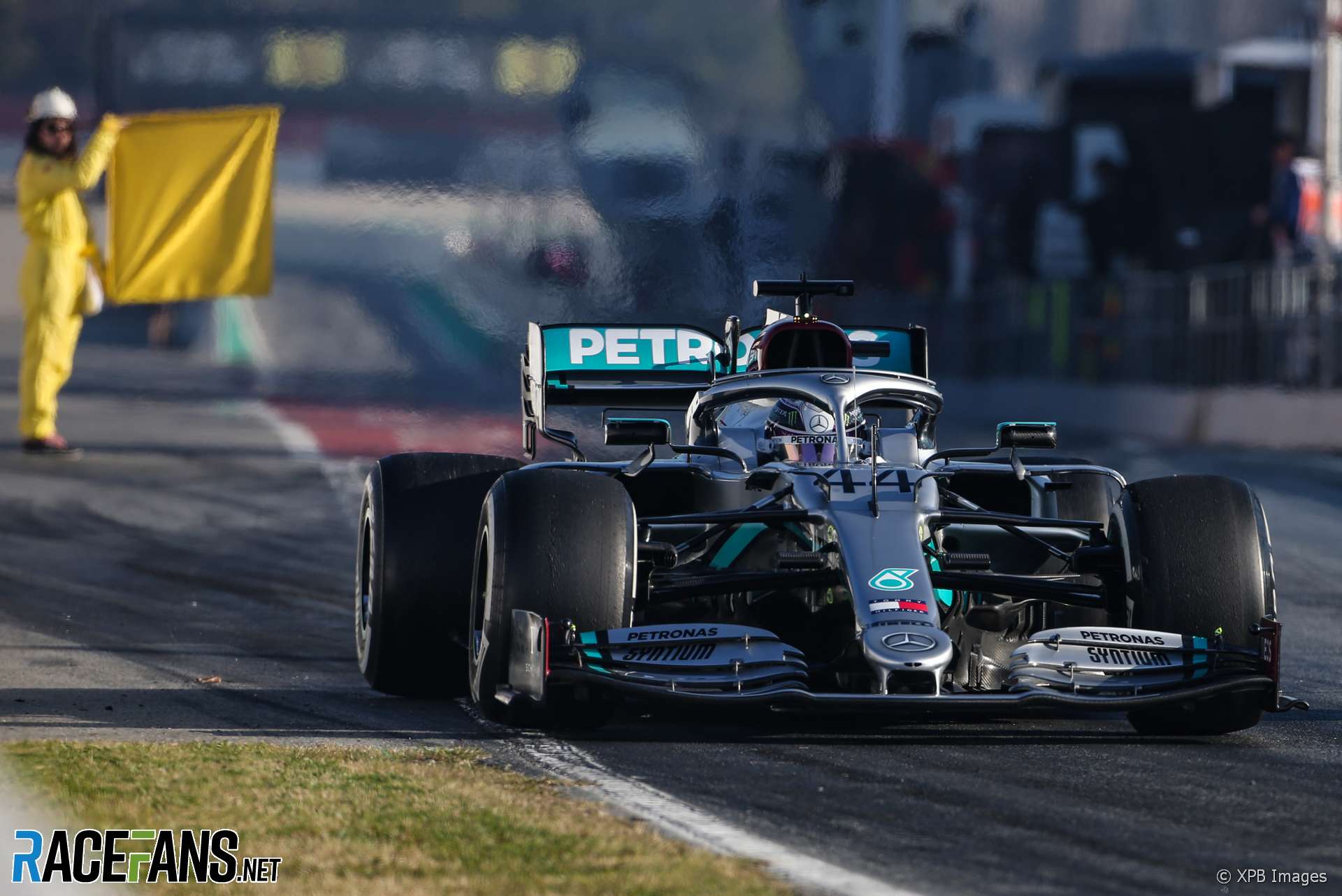 Mercedes have no concerns over the legality of the new steering system which was spotted on their Formula 1 car during testing today.

[f1tv2020testa]Onboard footage from the W11 showed Lewis Hamilton moving the wheel towards himself at the pit lane exit and away again as he approached turn one. He repeated the process at other points around the Circuit de Catalunya.

The footage prompted speculation over exactly what the device is controlling. Speaking to media in an FIA press conference at the track, technical director James Allison revealed little of the operation of the device.

“I probably won’t shed a great deal more light than what you saw on the TV,” he said. “But we have a system in the car, it’s a novel idea. We’ve got a name for it, it’s called DAS. And it just introduces an extra dimension for steering for the driver we’re hopefully will be useful during the year.

“But precisely how we use it, where we use it, that’s something we’ll keep to ourselves.

Asked whether he was concerned it could be ruled illegal, Allison said “not really.”

“This isn’t news to the FIA,” he added. “It’s something we have been talking to them about for some time. The rules are pretty clear about what’s permitted on steering systems and we feel confident that it matches all of those requirements.”

Hamilton said he has no concerns over the safety of the system. “I’ve only had one morning with it so I don’t have a lot to really talk about it. We’re just trying to get on top of it, trying to understand it.

“But safety-wise no problem today. The FIA are OK with the project. For me it’s really encouraging to see my team is continuing to innovate and stay ahead of the game and I think that’s just down to the great minds we have working in this team.”

The device is only the most obvious of the many innovations on the new W11, according to Allison. “Perhaps one of the things that’s not greatly appreciated is that each of the new cars we bring to the track are just festooned with innovation,” he said. “It’s just they’re not always as obvious to you as a discrete, standalone system like this where you can see it with your own eyes.

“But one of the things that gives me massive pride in working at Mercedes is to be part of a team that doesn’t just turn the sausage handle each year and is looking each year to figure out how we can learn fast enough to bring these innovations to the track and make them stick.

“So this is fun. But it’s only the tip of an iceberg of similar stuff that’s written across the car.”

“I’m just pleased we got it on the car, it seems to be use-able and we’ll find out over the coming days how much benefit it brings us,” he added.