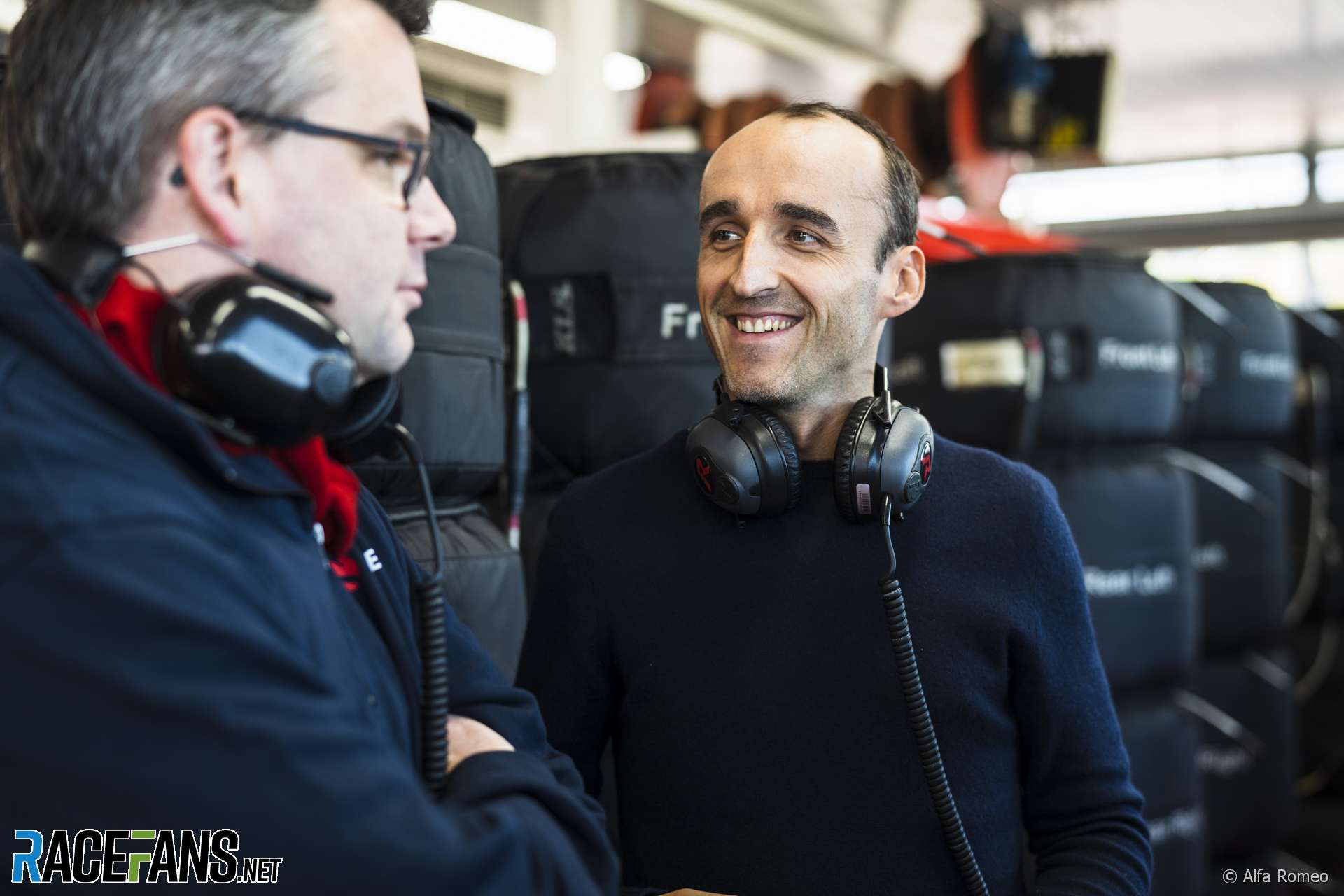 Robert Kubica will be the first driver at the wheel of Alfa Romeo’s new F1 car when pre-season testing begins at the Circuit de Catalunya tomorrow.

The former Williams racer, who has joined Alfa Romeo as its reserve driver this year, will begin official testing for the team on Wednesday morning.

The C39 was already shaken down by Kimi Raikkonen in a filming day at Fiorano last week. Kubica will hand over to the team’s other race driver Antonio Giovinazzi for the afternoon.

Raikkonen will have a full day in the car on Thursday, and Giovinazzi will drive the car on Friday. The team is yet to confirm its plans for the second three-day pre-season test next week.

The C39 appeared in a special ‘snakeskin’ testing livery when it ran at Fiorano. The car will be in its regular race livery for the upcoming test session. Alfa Romeo will formally present the new car in the pit lane at the Barcelona circuit at 8:15am tomorrow morning.

Kubica is returning to the team he made his Formula 1 debut with in 2006, when it was owned by BMW and ran under the name BMW Sauber. He drove for them until 2009 and scored his only victory in the 2008 Canadian Grand Prix with the team.