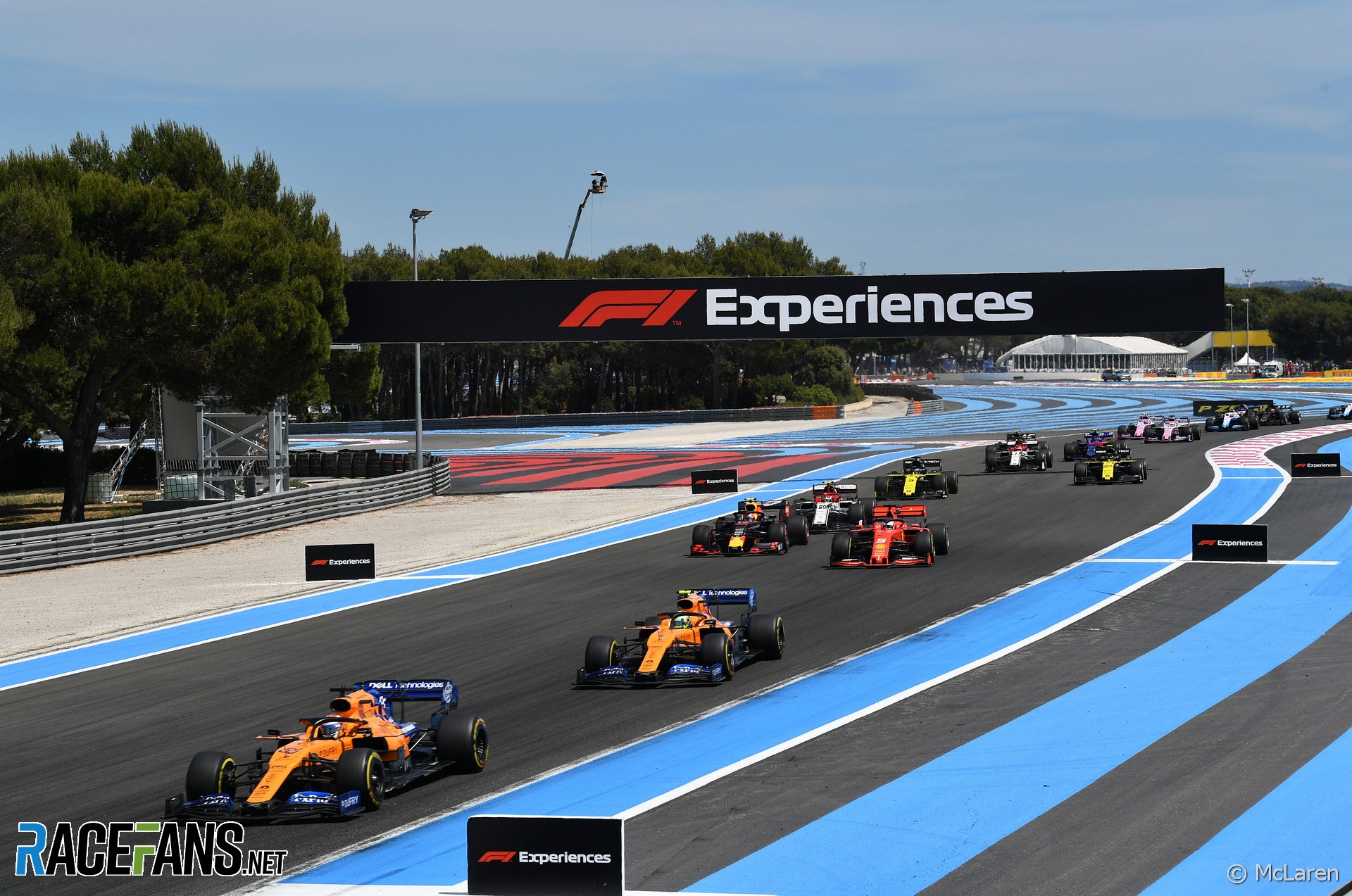 The French Grand Prix promoters hope to complete changes to the first sector of the Paul Ricard circuit before this year’s race in order to aid overtaking.

Eric Boullier, the former McLaren Formula 1 sporting director who has been appointed today as the new managing director of the race, explained the planned revisions in an exclusive interview for RaceFans.

Boullier, who was previously a strategic sports and operational advisor and ambassador for the grand prix, said “we are going to redesign all the first sector, basically.” Sector one includes the Verrerie S-bend which forms turns one and two, and turns three, four and five which lead to the Sainte-Beaume corners preceding the Mistral straight.

“There is a target which is to make the lap time a bit faster and maybe push the F1 teams to run lower downforce level,” said Boullier. “But we [will] also create another big opportunity for overtaking. Clearly this one help also the second one, which is before the chicane.”

The rest of the track, including the Mistral chicane which some drivers believe should be removed, will be left untouched. “The chicane stays in place,” Boullier confirmed.

“We don’t want to change the DNA of the track. We have this famous Signes corner [turn 10] which maybe is the fastest one in the whole calendar, plus the double Beausset [turn 11]. So we have keep the DNA of the track. But we have found some opportunities to improve drastically the capacity of the cars to overtake each other.”

Boullier said the circuit owners will be able to complete the changes in time for this year’s race on June 28th if the FIA approves their plans soon.

“[For] a few months we had discussions with the track and with Liberty and FOM. We also used obviously the experience of people like Ross [Brawn]. But also they have a pretty powerful simulation tool where we have now basically agreed some what we could do to improve the show. This is validated with the track, validated by us, we even have a slot now where the track can operate and do the work.

“Now this is in the hands of the FIA because we need obviously an homologation for that changes. So we need them to look at it and come back to us and tell us ‘yes’ or ‘no’ or changes or not. We made a couple of suggestions so now we’re waiting for them to give us a green light.”