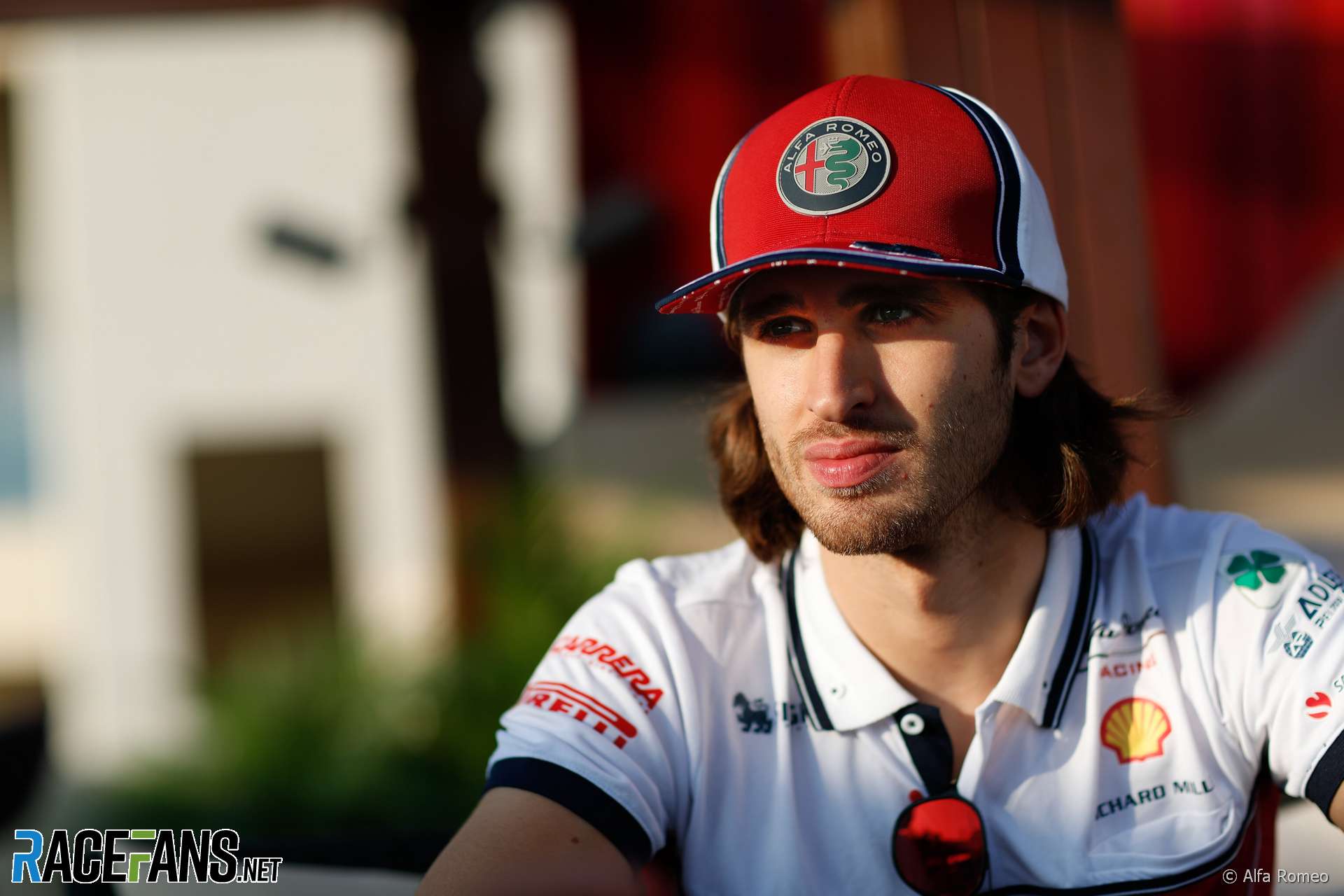 In the round-up: Antonio Giovinazzi says the pressure to secure his seat for the 2020 F1 season spurred him on in the second half of last season.

Giovinazzi’s place at Alfa Romeo this season wasn’t confirmed until November last year. He said he is familiar with the pressure to deliver in order to secure his place in F1:

Pressure is always there, to be honest. I know I have a contract [for 2020], but I need to be fast all the time because guys behind are pushing to come in F1 and I want to show to my team and other teams that I’m good.

These are my main targets as well also for next year. Now I have already one year of experience I need to push really hard and try to be consistent and be fast and try to get a lot of points for the team.

Before, I always raced with pressure. I never had the potential of money or name beside me. I’ve always been under pressure with[out] a sponsor who pays me and drivers who want my seat. So I’ve always been like that. And maybe that pressure gave me an extra boost I would say for the second part of the season.

"Bathurst 12 Hour organisers can confirm that there is presently no impact on the event from the catastrophic New South Wales bushfires. As such, Australia’s International Endurance race will continue as planned on January 30-February 2 this year."

"Penske Corporation, a global transportation, automotive and motorsports leader, announced today that it has completed its acquisition of the Indianapolis Motor Speedway (IMS), the NTT IndyCar Series and IMS Productions."

"Motor racing broadcaster Bob Varsha starts the new year with a daunting fight to wage after being diagnosed with a rare and aggressive form of prostate cancer that will require intensive chemotherapy over the coming months."

"After an honourable debut and eleventh place on the first stage between Jeddah and Al Wajh, Fernando Alonso increased his pace on the first part of the stage leading to Neom. However, an impact with rock after 160 km ripped a wheel off his Toyota, which led to the former Formula 1 champion losing 2 hours and 30 minutes for repairs."

"We collided with something in the dust. We don't even know what it was, because we couldn't see anything."

How did Michael Masi perform in his first season as F1 race director?

To have been thrown in at the deep end as he was, I think Masi did a pretty reasonable job.

Given time, as in this year, I believe he’ll grow in confidence and be more assured when making decisions. Hopefully the stewards this year will make more consistent calls and not leave him hung out to try and explain their rationale.

Good luck to him. He had enormous boots to fill and I doubt anyone would have done any better.
DB-C90 (@Dbradock)