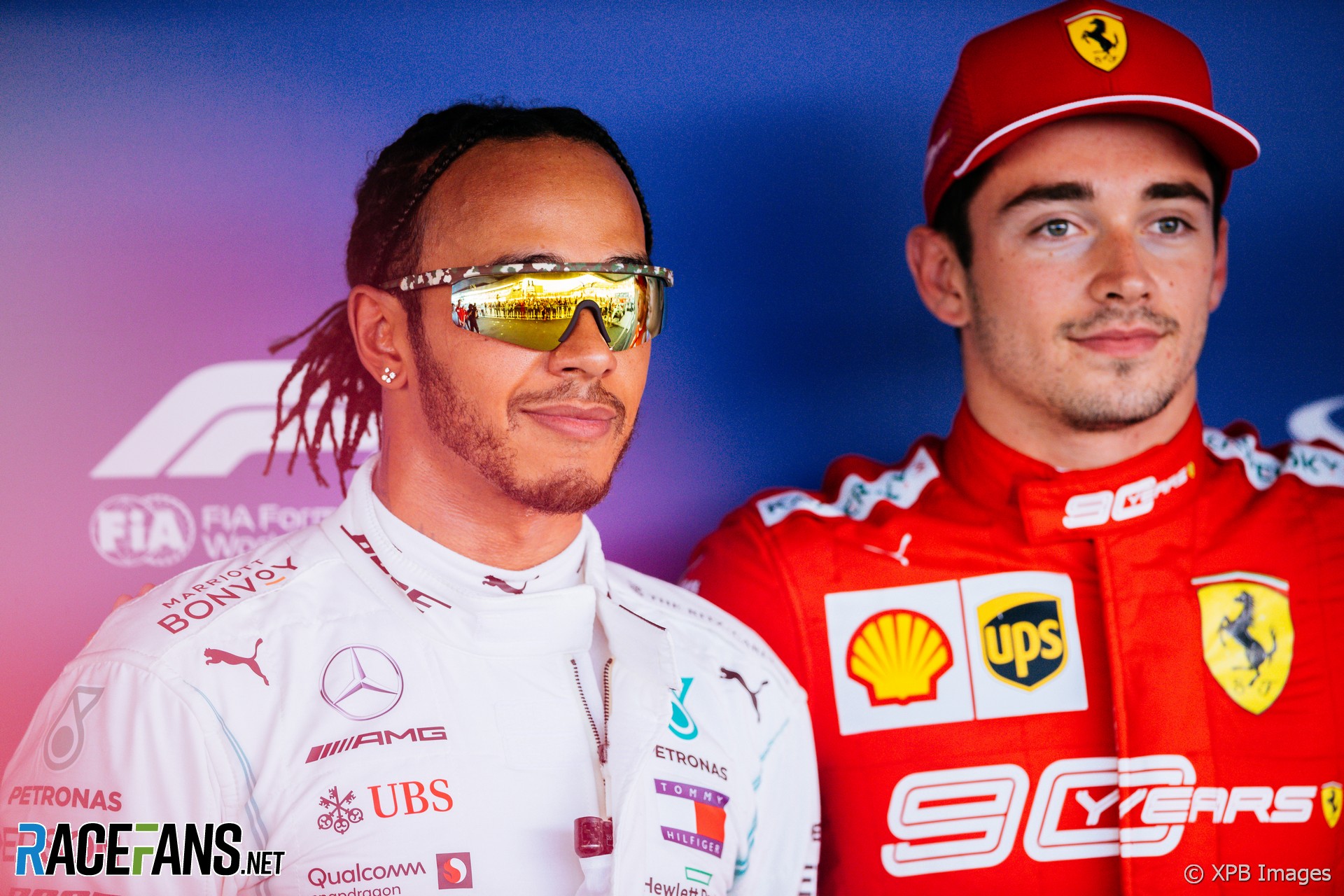 Charles Leclerc says he would enjoy the chance to go up against Lewis Hamilton if the world champion decidesd to join Ferrari.

Hamilton’s contract at Mercedes expires at the end of next season. Ferrari team principal Mattia Binotto has said he is satisfied with his current pairing of Leclerc and Sebastian Vettel, whose contract also expires next year, but also said he was “happy” to hear Hamilton was potentially available in 2021.

Asked whether he would welcome Hamilton as a team mate Leclerc said: “Of course.

“At the end, we are in Formula 1 and we want to fight against the best. I’ve had a big opportunity this year to have Seb next to me who is a four time world champion and I’ve learned a lot from him.

“You can always learn from this type of champion so yes, of course.”

Hamilton’s future depends on the commitments of Mercedes, who have not extended their deal to continue in the championship after 2020, and team principal Toto Wolff.

“I know Toto is also looking at his options in terms of his future and only he will know what is the best thing for him and his family,” said Hamilton. “So I’m waiting to see what he’s doing with that.

“I love where I am so it’s definitely not a quick decision to do something else. But of course I think it’s only smart and wise for me to sit and think of what I want, if it is the last period or stage in my career.

“Actually, I want to keep winning. I want to keep being able to fight with these guys as well. I can’t really tell you what else is going to happen moving forwards.”

63 comments on “Leclerc would welcome Hamilton as Ferrari team mate”