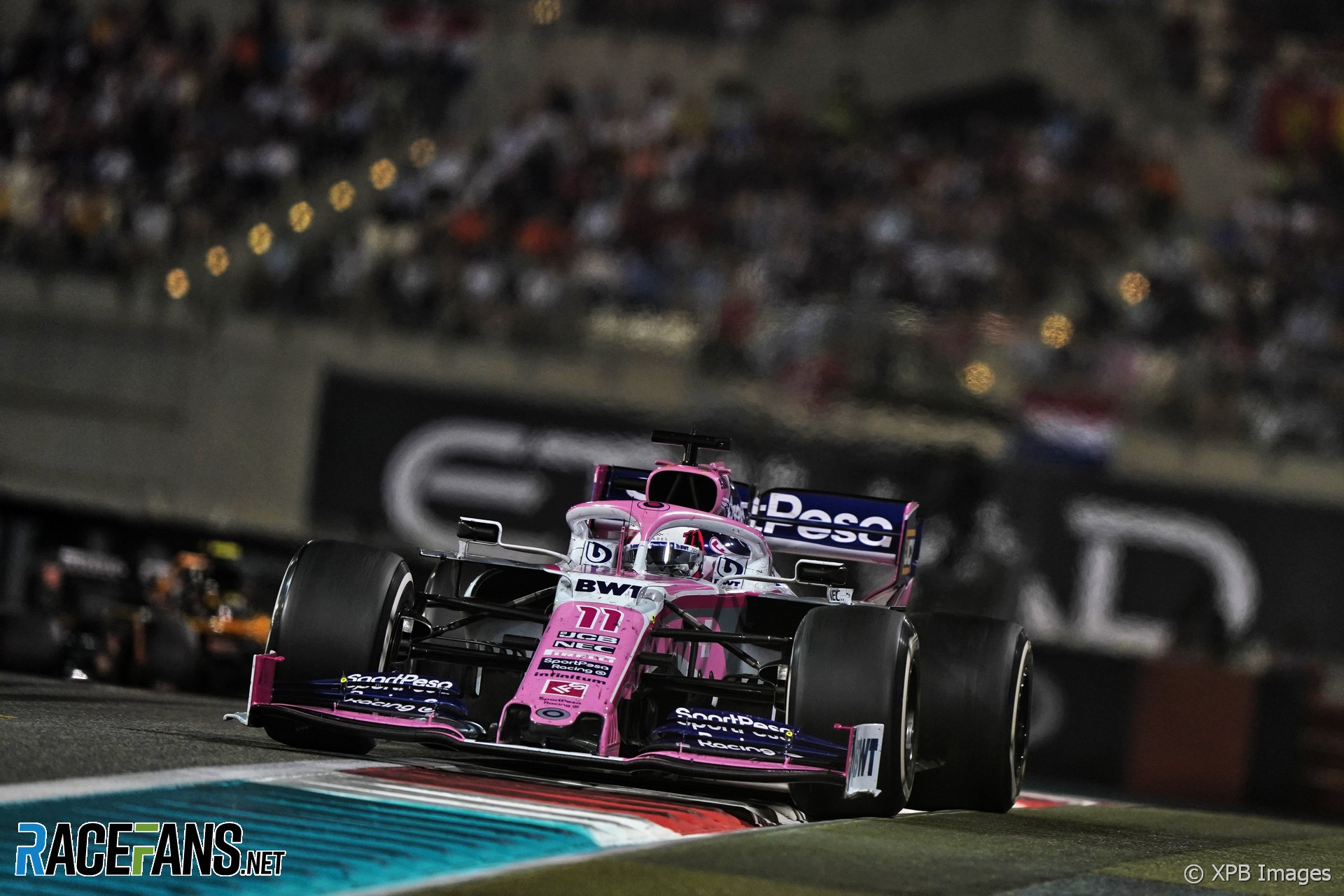 Perez qualified 11th – promoted to 10th Valtteri Bottas’s penalty, which allowed him to start the race on new tyres. Running the mediums compound at the start helped him run longer than those ahead of him who had to start on softs.

He picked them off one by one, but it took him a few laps to find a way past Norris. On the final lap he performed a superbly-judged move on the outside of turn 11, made the move stick and finished best of the rest.

It was hard to benchmark Hamilton against anyone as the Mercedes was so fast and his team mate’s weekend was compromise. But even without Bottas’ penalty Hamilton claimed his first pole position in five months and was simply dominant in the race. He was never headed and ended his sixth title-winning season with his first ‘grand slam’ of the season.

Norris qualified ‘best of the rest’ by two hundredths of a second. He kept Carlos Sainz Jnr behind brilliantly on lap one and throughout his first stint he held off his team mate. His first stint could have been slightly longer, which left him with 46 laps to do on hards at the end of the race.

Norris distinguished himself with a determined defence in the face of huge pressure from Perez, who had much fresher rubber, over the final laps. Half a lap from home the Racing Point driver found a way around the outside of him. Perez praised Norris’s clean racecraft, but as usual the McLaren driver was tough on himself for not having been more forceful when the Racing Point man got by.

[icon2019autocoursempu]With the Alfa Romeos well off the pace, Stroll grabbed a rare chance to make it out of Q1. However Perez still comfortably outqualified him.

Stroll has made some good first laps this year, but this wasn’t one of them. His contact with Gasly was avoidable, and not only compromised both their races, but tipped the Toro Rosso driver into Perez who luckily emerged unscathed. Stroll picked up damage which forced him to pit early, which eventually forced him onto a two-stop strategy.

Late on his pace on the soft tyres dropped off significantly and Stroll reported a brake problem, heading for the pits soon afterwards.

Max Verstappen was unable to hold off Leclerc during lap one and fell to third, but by running late into his first stint he was able to easily pass the Ferrari driver later in the race. Albon didn’t have his team mate’s in qualifying but at least managed to make it through to Q3 on medium tyres. A failed attempt to take advantage of Vettel’s slow stop by ending his first stint early backfired, boxed him in behind the Ferrari and left him struggling towards the end of his second stint as he finished last of the frontrunners.

Leclerc was the quicker of the Ferrari drivers throughout the weekend thanks, in part, to his fresher engine. Vettel ended up in the barriers in practice one but was able to escape any gearbox damage. However, he was unable to challenge Leclerc in the race after a slow stop when Ferrari double-stacked their drivers.

Renault showed strong pace as Ricciardo managed to split the McLarens in qualifying. Both drivers missed out on points, finding themselves at a strategic disadvantage after starting the race on used tyres and not finding their usual strong race pace. A last-lap change of positions meant Hulkenberg failed to finish ahead of his team mate in his final race in F1 for the foreseeable future.

Daniil Kvyat used his free tyre choice for the start of the race to good effect, grabbing a couple points. His team mate’s race was ruined by Stroll: Gasly lost his front wing in the contact, lost a lap getting it sorted out and with no Safety Cars was never going to make it back into the race.

Sainz was quicker than Norris in Q1 and Q2, but a messy out-lap in Q3 allowed Norris to start ahead. After asking the team to have Norris let him by in the race, Sainz switched to a two-stop strategy to avoid falling down the order on worn tyres. Needing to out-score Gasly to take sixth in the championship, a superbly-judged overtake on Hulkenberg on the final lap got the job done in fine style.

The Alfa Romeo drivers endured one of their worst weekends of the year following the high of Brazil. Both went out in Q2, the car 1.8s slower than it had been the year before. The pair simply lacked the pace to challenge for points, despite splitting their strategy. Giovinazzi started ahead of Raikkonen on softs, but Raikkonen’s medium tyres proved the better way to go.

Haas and Williams both lacked pace, as they have all season, and were firmly at the back of the field. Grosjean’s lack of pace was compounded by the fact that his only new floor was ruined in practice two in a collision with Bottas. Kubica passed Russell who was battling sickness all weekend on the opening lap, but Russell later repassed him and finished ahead.