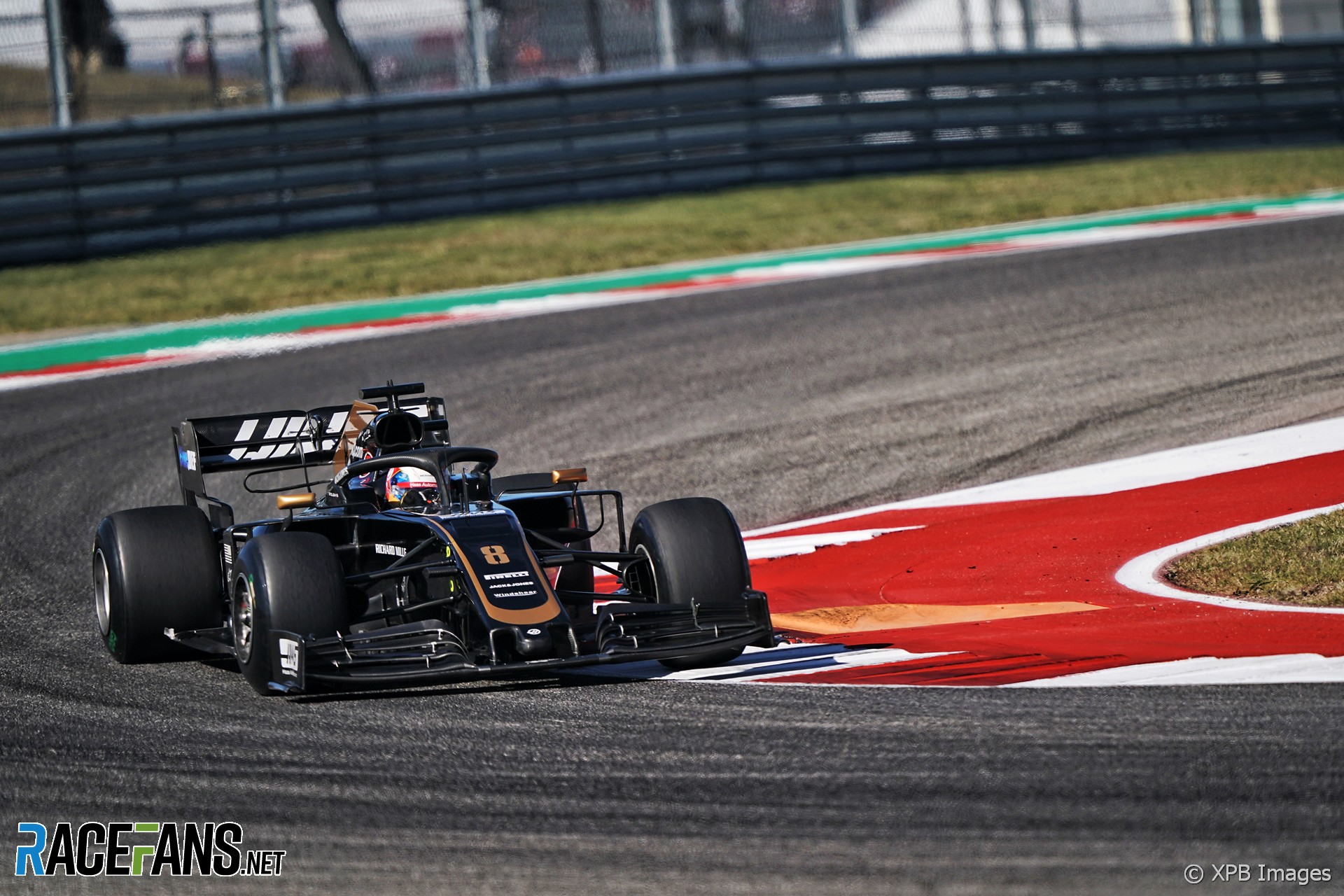 Haas team principal Guenther Steiner wants F1 to commit to using the new tyres Pirelli has produced for next year.

Drivers gave a largely negative assessment of Pirelli’s prototype rubber for the 2020 F1 season after testing it during practice for the United States Grand Prix. The teams have another opportunity to test next year’s tyres in this week’s post-season test at Yas Marina.

However Steiner said “nobody likes” the current tyres and believes the sport will be better off changing them.

“We all agree that the tyre this year wasn’t good,” he said. “There was a lot of complaints even [from] spectators on TV that this is way off.

“‘Who can get a tyre to work?’, ‘My tyre is too hot’, ‘I have to lift and coast because the tyre overheats’. We are unhappy with that.”

“I don’t know what the new one is [like],” he added, “[but] if the new one is better, but just marginal, then go for the new one because we didn’t like this one. The new one needs to be really bad, to not take that one.”

[icon2019autocoursempu]Pirelli said the cold conditions when the tyres were run at Circuit of the Americas made the test unrepresentative, which Steiner agrees with.

“I think it’s the first time we really can get something out of these tyres. I was one of the few which, after Austin, said we cannot jump to conclusions after this first practice test.

“I’m not saying that the tyre is good, by no means, but what I say is we don’t know. After Austin we don’t know. The temperature was too low, whe cars were not prepared for it. It looks like we have too high pressures so there was a lot of things if you think about it.

“We need to give it a fair shot with the comparison to the current tyre and then I think we can look at data and come to a conclusion which would give us the real result and then we have to see do we want this tyre to be the tyre for the future or do we rather stay with the old one.”