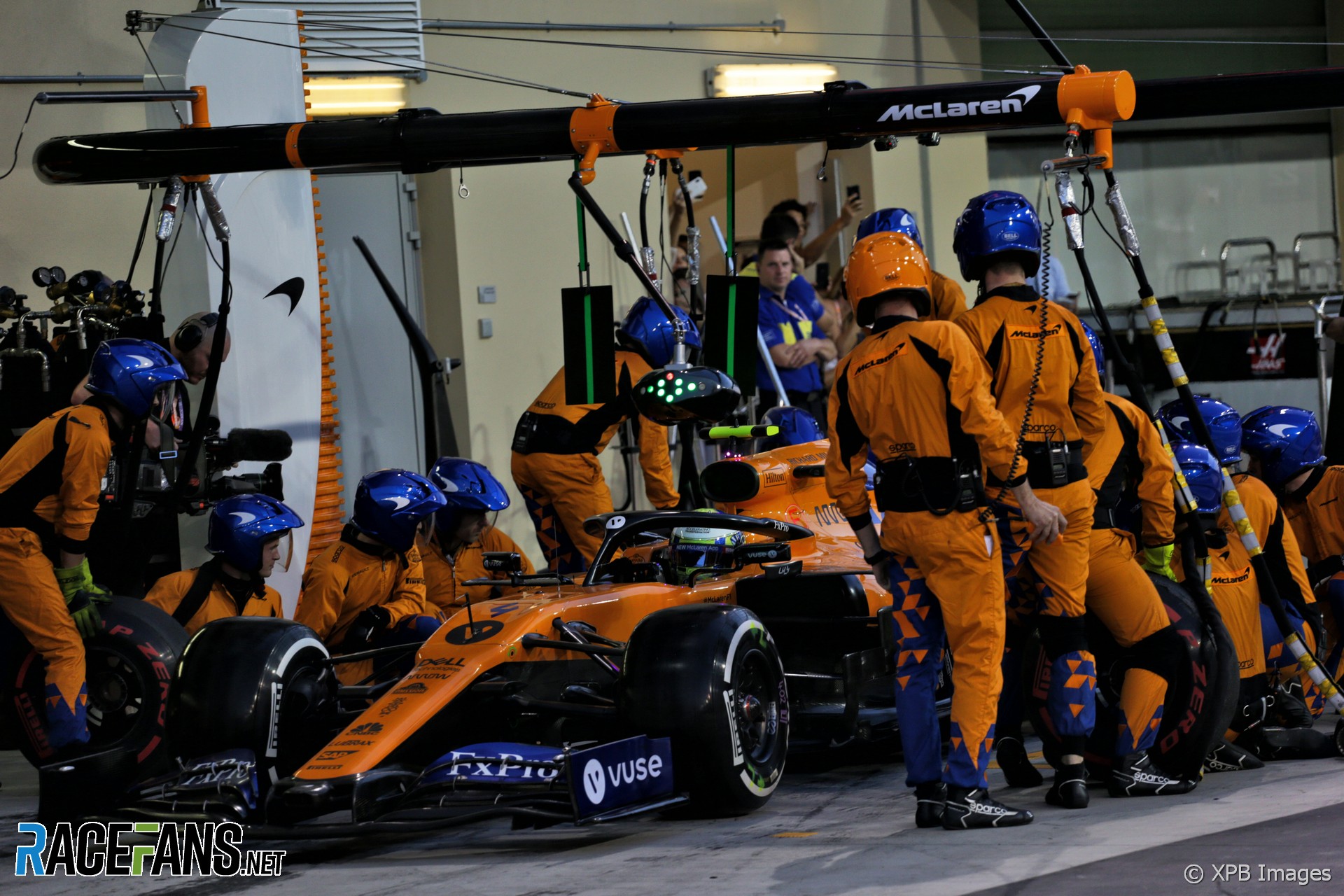 McLaren will go ahead with plans to upgrade its pit stop equipment next year following a series of races spoiled by pit stop problems this season.

Team principal Andreas Seidl said the problems the team has experienced with its pit stops this year makes it vital for the team to carry out the improvements for next season.

“Coming out of the season obviously we know the areas we have to work on the car, as a team, on pit stops and reliability, pit stop equipment,” he said. “As I said some races ago, this is a big area, especially the hardware we are using on the pit stop side.

“We have a clear plan in place of how we want to improve the situation, how we want to get to the level where the top teams are. We just need now time to implement it.”

McLaren is sticking with its improvement plan despite moves to standardise teams’ pit lane equipment in 2021, as RaceFans revealed last weekend.

“I think the investment we have to do is reasonable for next year,” said Seidl. “Considering the number of points we lost this year with pit stops, it’s a good investment to make.”

Seidl said he “fully supports” the plan to make all teams use the same pit stop equipment, which he believes will create a level playing field in the pits.

“It will still be down, even with the standardised equipment, to the human performance of the team. Which is good, which we also like because we like the pit stops to be part of the competition in this sport.

“At the same time, from our point of view, it makes sense to standardise the equipment because in the medium and long term we will definitely save a lot of money.”