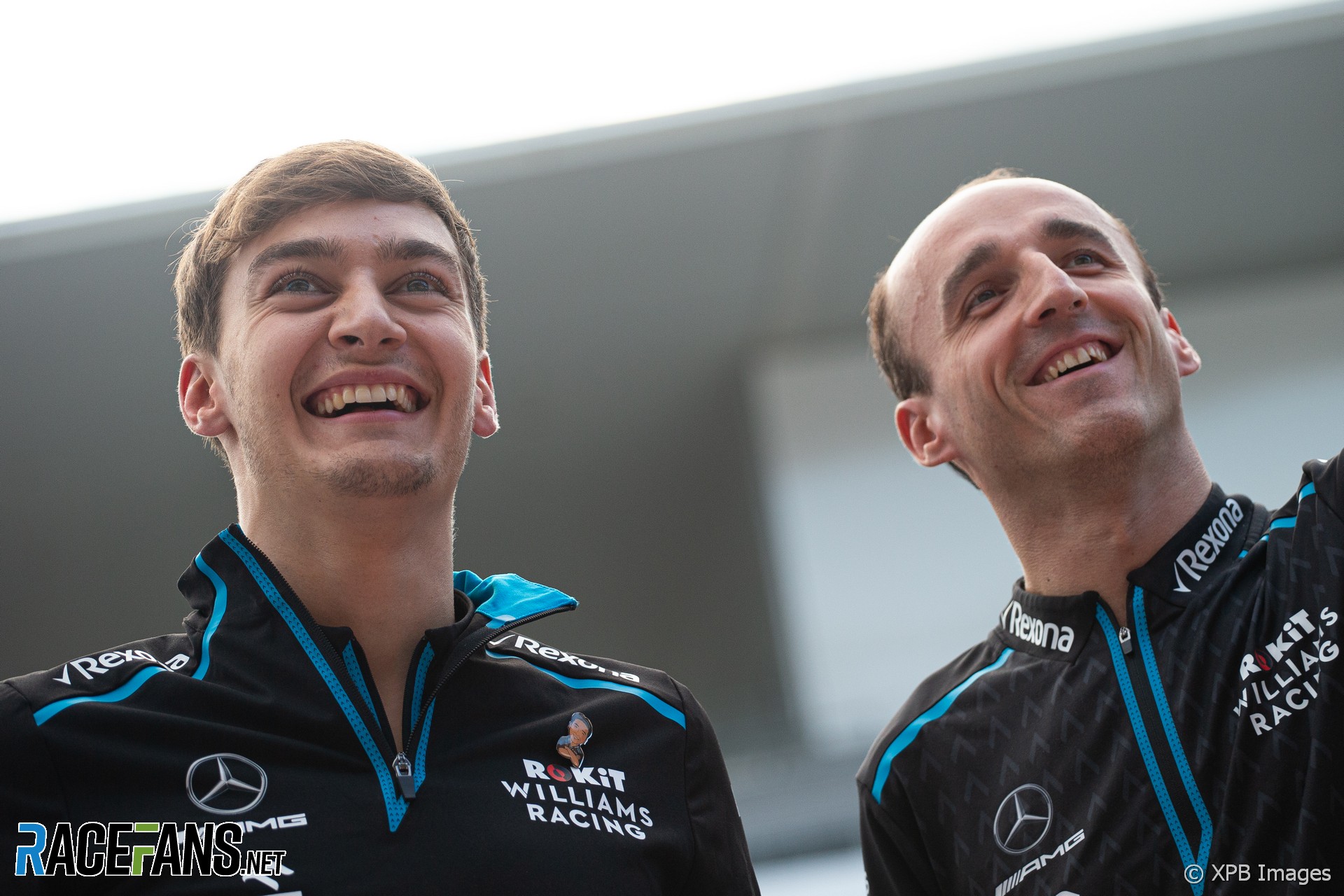 George Russell said he’s learned a lot from his team mate Robert Kubica as the pair prepare to start the final race alongside each other.

Kubica announced in Singapore he will not return to Williams following his disappointing 2019 campaign. Russell said he will “absolutely” miss having Kubica alongside him.

“I have a great relationship with Robert,” said Russell. “We get along well.

“He’s an incredibly funny guy. He’s incredibly knowledgeable on the technical side. And I learned a lot [from] how he deals with the engineers and the feedback he gives. It showed me there was more I need to improve to be more of a complete driver.”

Kubica, who is yet to confirm his plans for 2020, visited Williams sponsor Orlen yesterday. He said in Brazil he is confident of reaching a deal which will allow him to continue racing somewhere next year.

“Of course time is running and the clock is going but I’m pretty confident things are looking good,” he said. “Every week something is happening, in positive and negatives, but it’s moving so I’m pretty relaxed and working.

“As I always said, since Singapore when I was asked, for me racing is something which I’m looking forward [to] and working on this and probably also combining different programmes.”