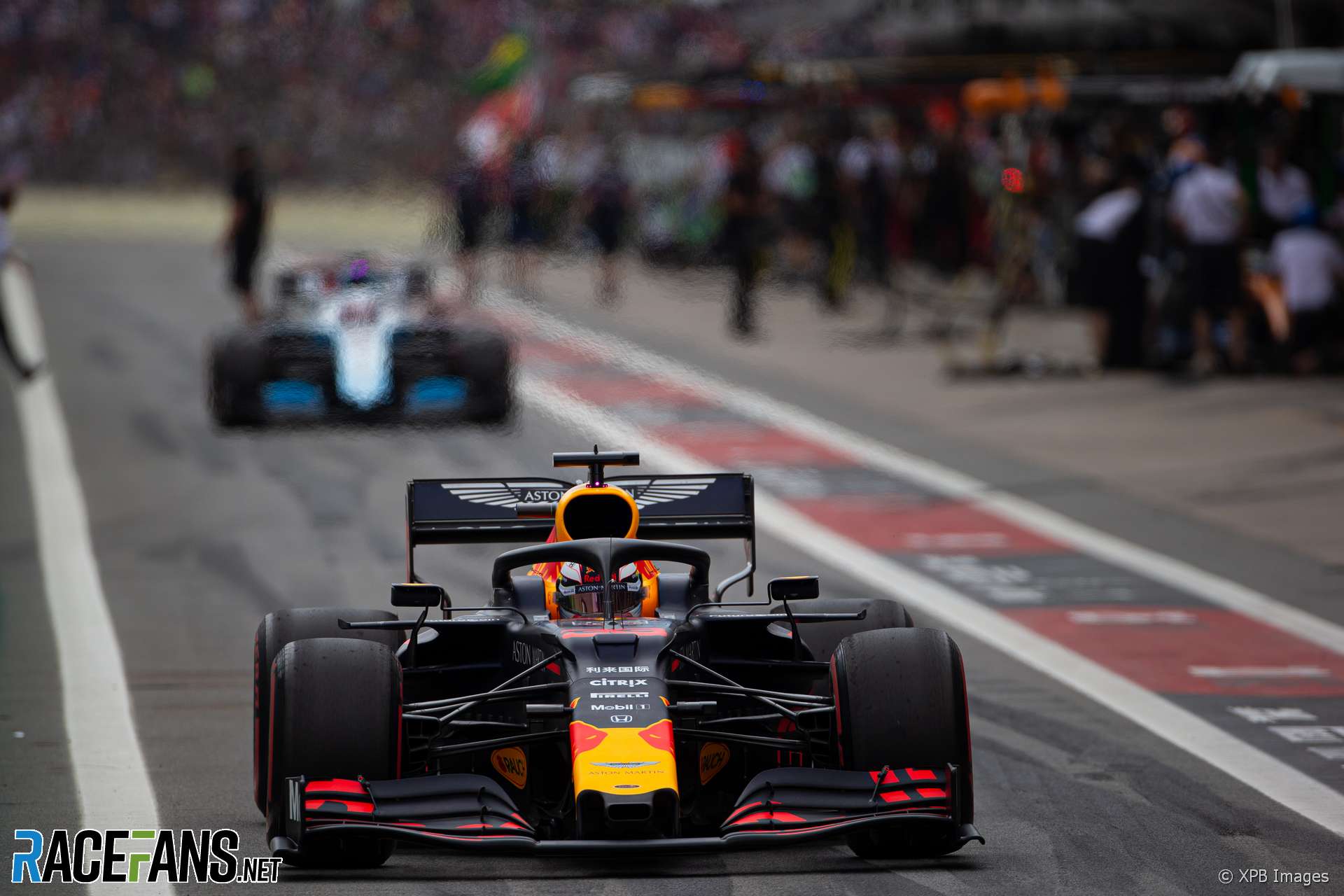 Max Verstappen said his car revealed his car nearly went into anti-stall mode when he had to avoid Robert Kubica’s Williams following his first pit stop.

The Red Bull driver lost the lead to Lewis Hamilton following his delay in the pits on lap 21.

“I had the traffic with the Williams car and Lewis of course pitted that lap [before],” said Verstappen. “It was not very nice.

“Actually, I did my pit stop and I came out also Robert came out and he almost took me out, I went into the wall.” Adding that, “I almost caught the anti-stall, it was very close.”

Verstappen came into the pits in front of Kubica but ended up alongside the Williams because his pit stop was so far. “[It was a] good pit stop from the guys as well,” said Verstappen, “I think it was 1.9 seconds, so that was incredible.”

The stewards ruled Williams released Kubica at the correct moment but he got away slowly and drove into Verstappen’s path. He was given a five-second time penalty.

Having rejoined the track behind Hamilton, Verstappen was able to quickly catch and pass the Mercedes driver.

“Luckily for me Lewis got stuck in the middle sector with Charles [Leclerc]. So I pushed up to them and luckily I could get by Charles into turn 12.

“Then I still had the tow and the DRS of Lewis. I was on full power and DRS open and I could get Lewis into turn one.”

23 comments on “Verstappen: Kubica “almost took me out” in pit incident”