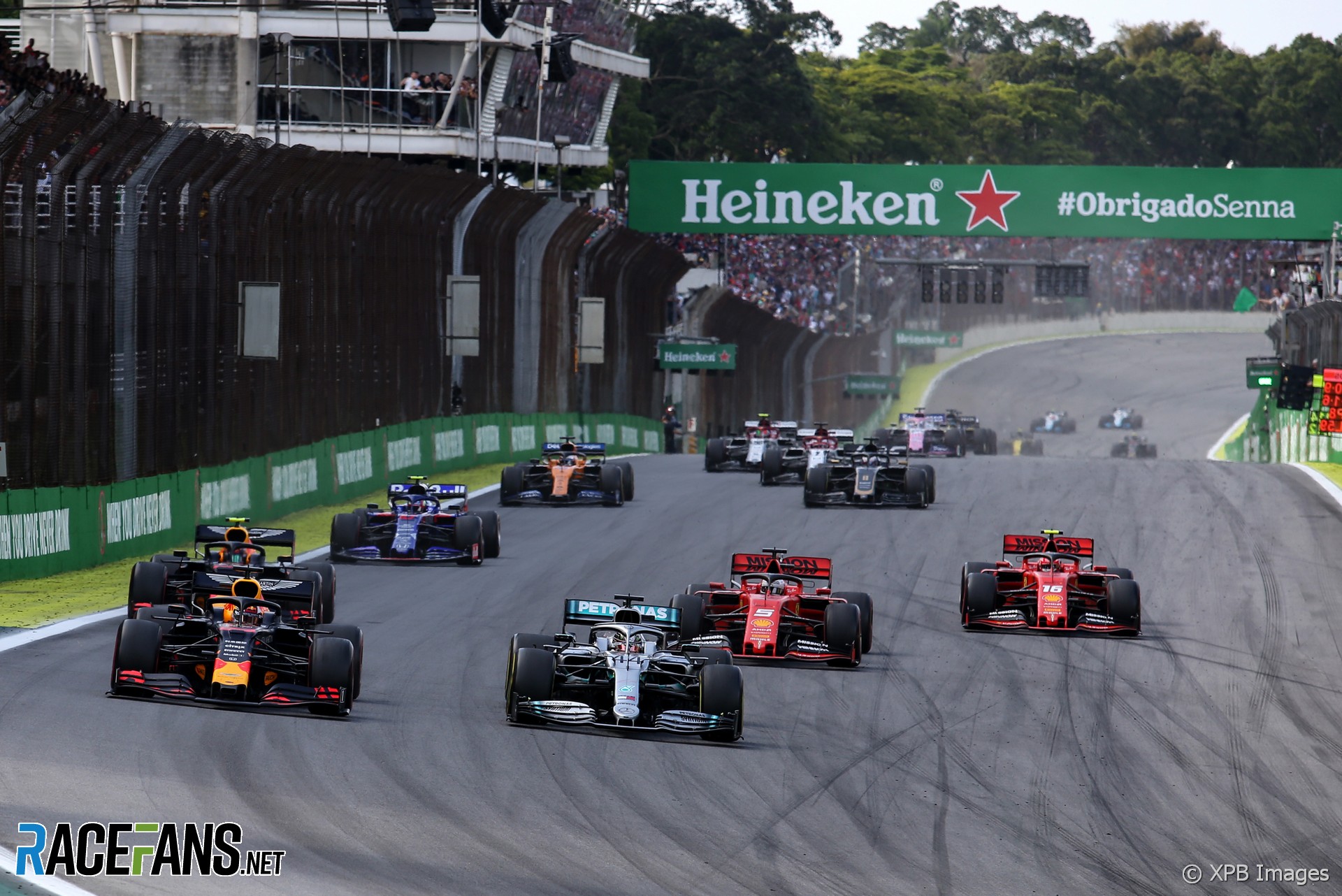 Lewis Hamilton defended the strategy calls his Mercedes team made after a disappointing result in the Brazilian Grand Prix.

He ran second early in the race but a pit stop during a late Safety Car period left him fourth with two laps to go. He then collided with Alexander Albon and collected a penalty which left him seventh.

Mercedes technical director James Allison said the team were responsible for the “plain dumb” call, and that they had given Hamilton bad information. But the driver said he wanted to take the opportunity to pit.

“The team did a really, really good job with the strategy,” said Hamilton. “It wasn’t their decision at the end, they offered it as an opportunity for me.”

Mercedes told Hamilton that pitting would lose him one place, to Albon, but he lost a second position to Pierre Gasly as well.

“I didn’t think it would be so bad considering I’d only come out having lost one place and [it would] give me a chance to quickly get past Albon,” said Hamilton. “But it wasn’t the case, obviously.”

Early in the race Hamilton questioned the team’s decision to put him on soft tyres instead of mediums when he made his first pit stop as he tried to jump ahead of race leader Max Verstappen. But after the race Hamilton doubted it would have made much difference to the outcome.

“When I came out of that first stop I thought to myself I should have been on the medium because it generally was a relatively easy overlap. But again, he would have just overtaken me on his out-lap anyway, so I would have still got stuck [behind] the Ferrari.

“And it probably would have been hard to have kept up with [Verstappen] with the pace of the soft. We gave it everything, we threw everything we could at it, and we live to fight another day and I hope we have more great races like that.”