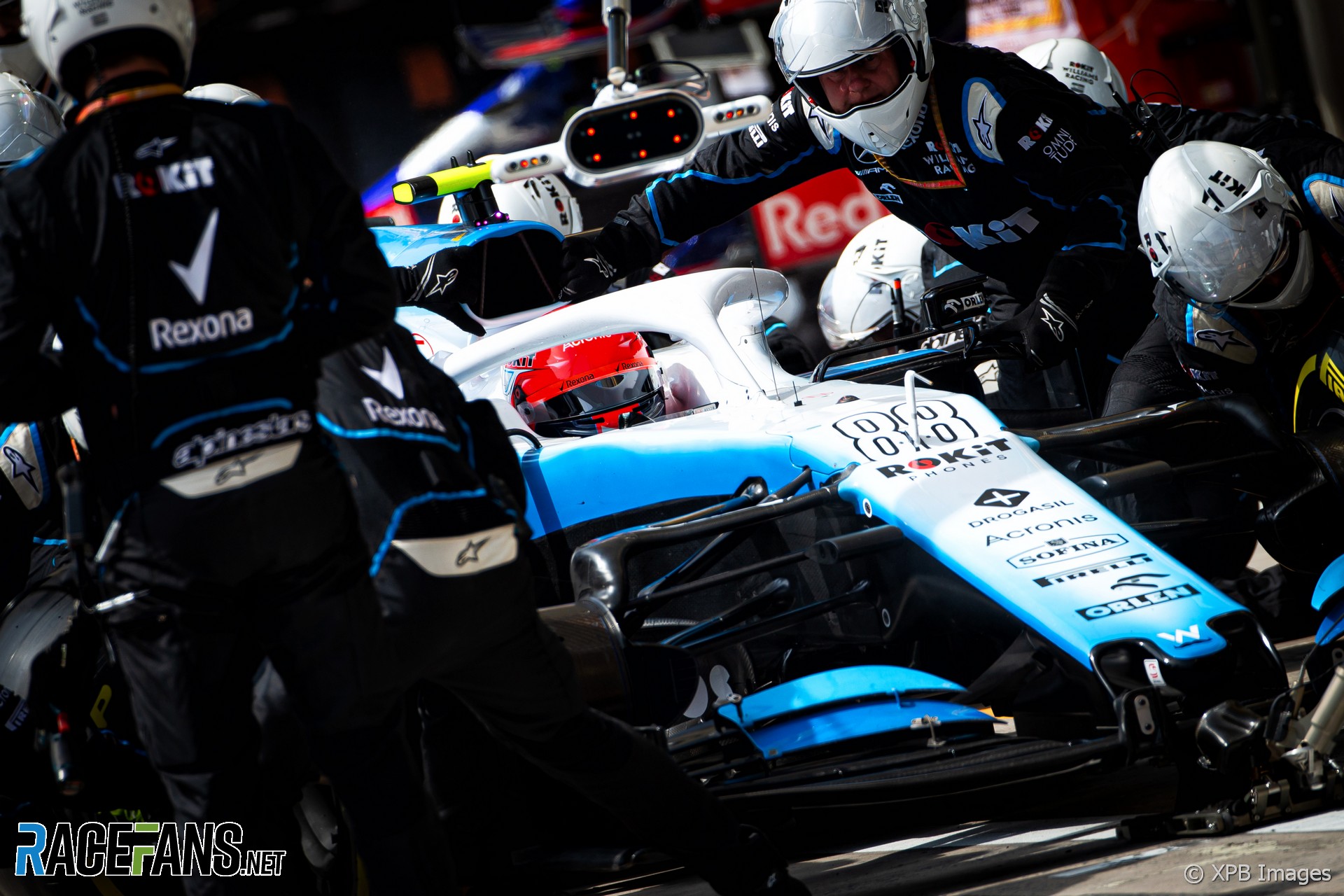 Daniel Ricciardo and Robert Kubica were each given two penalty points on their licenses for incidents they were involved in during the Brazilian Grand Prix. Both drivers also received five-second time penalties during the race.

Kubica was involved in a pit lane incident with eventual race-winner Max Verstappen. The stewards ruled Williams released Kubica in good time but he got away slowly and strayed into the path of the Red Bull driver, forcing him to slow.

The stewards explained the reasoning for Kubica’s penalty: “Car 33 [Verstappen] had completed its pit stop and was driving down the pit lane in the fast lane. Car 88 [Kubica] was completing its stop.

“However, car 88 was slow to depart its pit stop location and then when car 33 was already alongside, swerved towards the fast lane and car 33 had to swerve towards the pit wall and slow to avoid a collision. The stewards therefore determined that this was an – Unsafe Release from a pit stop where the driver is at fault – and ordered a five second penalty on car 88.”

Ricciardo was judged responsible for his collision with Kevin Magnussen early in the race. The stewards judged he was principally to blame for the collision.

“Approaching turn four car three [Ricciardo] moved to the inside of car 20 [Magnussen] to attempt a pass. At the apex of the corner, car three had a slight lock-up of the left-front which caused him to understeer and a collision ensued at the exit of the corner. The stewards determined that car three was predominantly at fault.”

Ricciardo’s team mate was also given a five-second time penalty, and a single penalty point on his licence, for overtaking Kevin Magnussen during a Safety Car period.