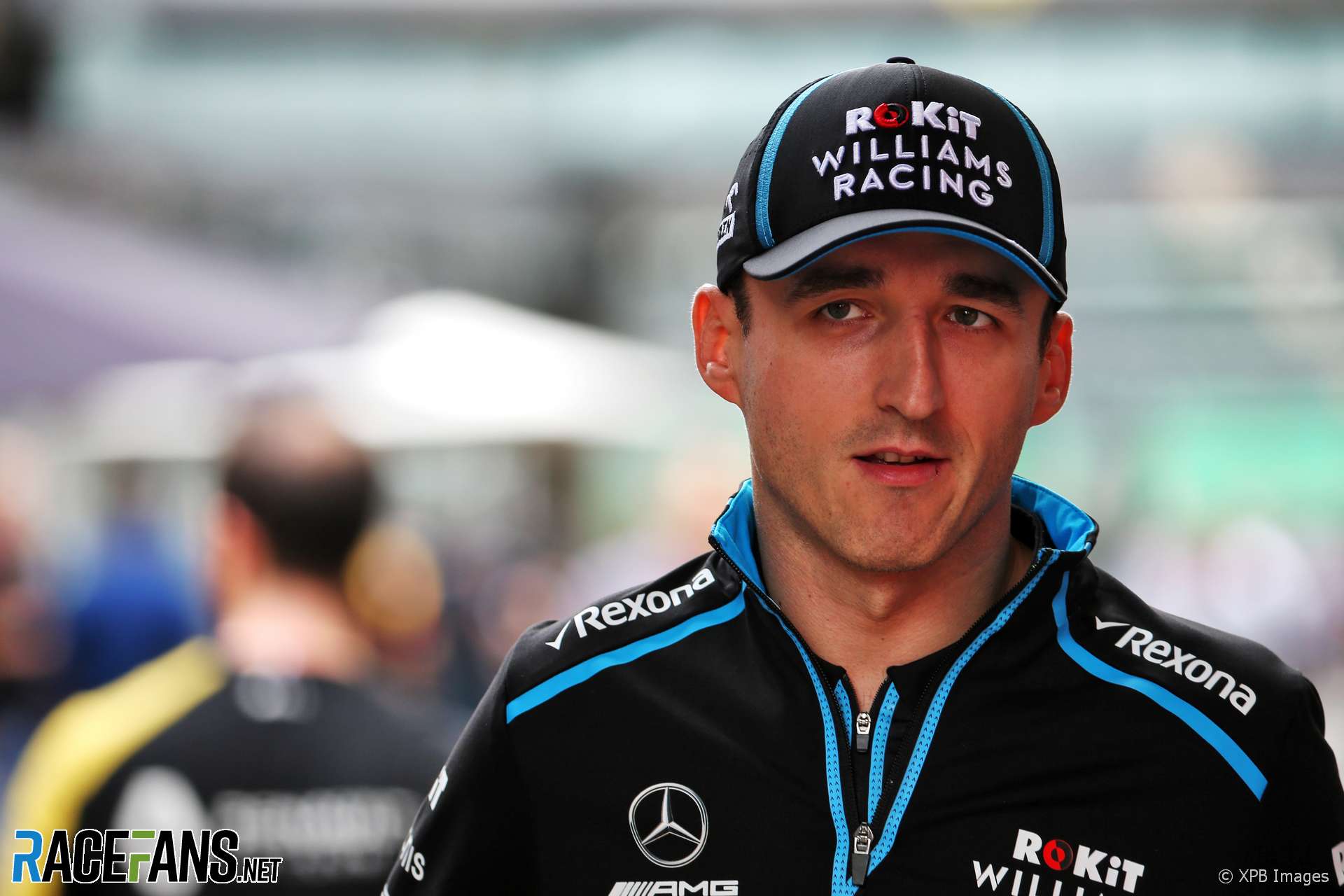 Robert Kubica says he is pleased to have disproved those who said his injuries would prevent him from racing in Formula 1 again.

The Williams driver admitted his comeback to racing hasn’t been as successful as he hoped. But he pointed out many people claimed he wouldn’t be able to drive at all due to the injuries he sustained in his 2011 rally crash.

“Coming back to a competition sport – as Formula 1 is, the highest level of motorsport – after a long time and with my limitations, a lot of people did not even think I would be able to race,” he said.

“I heard many stories that in turn one [I would] not be able to react to situations. And probably the opening lap is one of the things, which I managed well this season.

“I heard rumours that I would not be able to race in Monaco, and probably Monaco was one of my best drives during this year. Although I was still far behind, feeling-wise it was positive.”

Kubica has also confirmed he will not return to drive for Williams next year. “I think the general picture is massively hidden by what we went through this season,” he said. “Many things did not help and did influence in a negative way what I was able to do.”

“I’m leaving this season, of course not happy with the general performance, but pretty happy with how my body, my mind and my brain reacted to the difficult challenge I had this year,” he added.

Williams is on course to finish last in the championship for the second year in a row. Ahead of his penultimate race weekend with the team, Kubica said he hopes they bounced back from their poor season next year.

“It’s definitely not [been] the easiest season and not the season we were hoping for,” he said. “I think every member of Williams is not happy with what we have seen this year. The team is working hard but it is not an easy season.

“There are many things which we could probably [have] handled better. But there are also things which I think that, although the season has been difficult, we have handled in a good way.

“The guys at the track always did a very good job with what we have. Especially in the beginning of the season, it wasn’t easy and the group stayed strong, united and very, very positive, which is good to see in such a difficult period.

“But it’s the kind of situation where the people at the track they cannot make your car one second faster. They can make you car slower, but not faster.

“Definitely we need to improve what we get, the pace of the car, and then everything will become easier. And also for the guys on track the work will be more easier; more fun.

“Of course this will not happen with me, as I’m leaving Williams. But I hope this team will improve their situation for the future, especially because the guys they deserve it. They are really good people and they are working hard, so I hope good times, or better times, will arrive soon for Williams.”