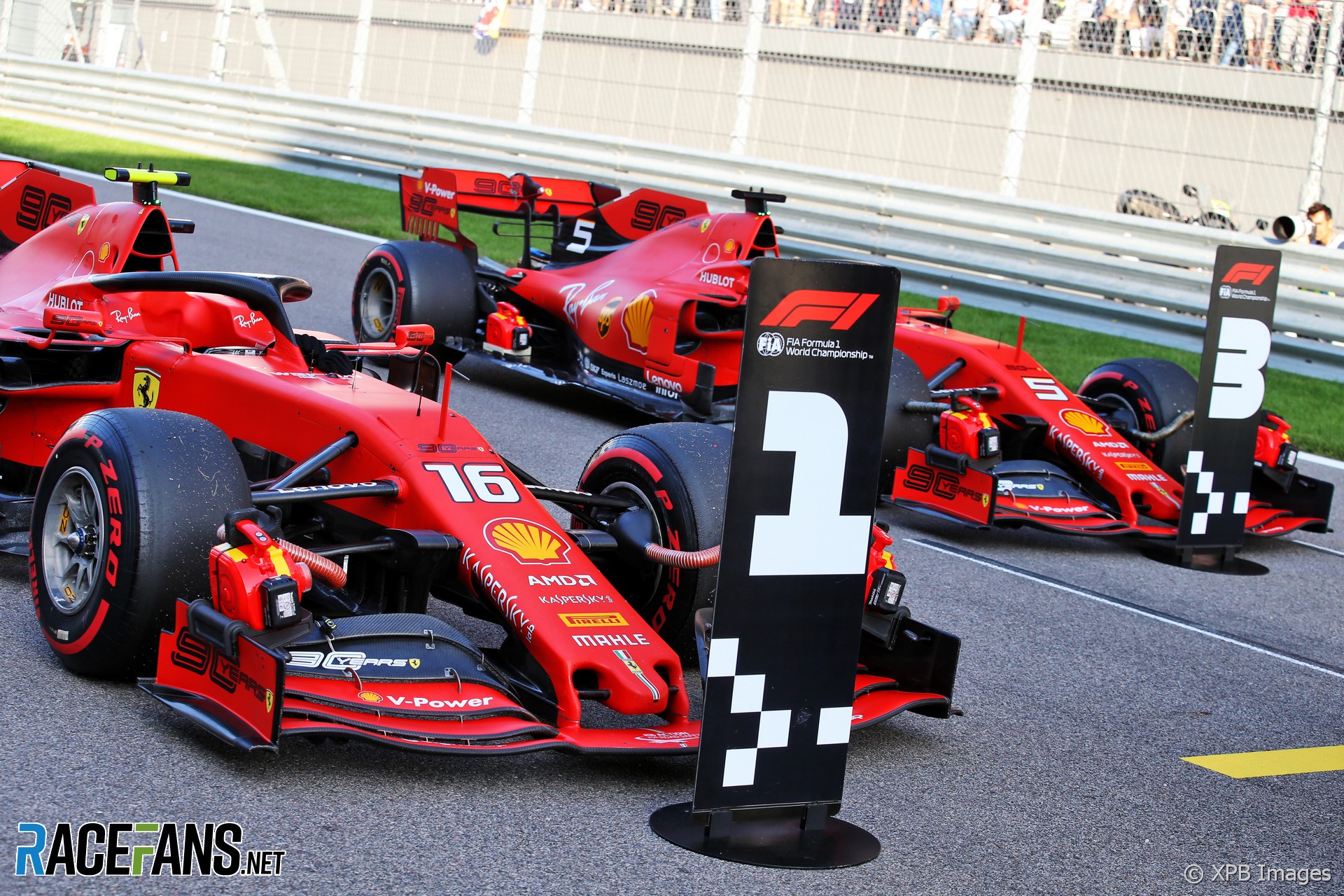 Sebastian Vettel praised his team mate’s performances in qualifying after losing the head-to-head between them of the 2019 season.

With two races to go Charles Leclerc has out-qualified Vettel 10-7 over the sessions where both drivers set times.

“First of all Charles has done a very good job in qualifying,” said Vettel when asked about their qualifying performances. “I don’t think it’s right sitting here and not mentioning that, so that needs to be appreciated.”

Leclerc was beaten by Vettel over all bar one of the first seven qualifying sessions this year. Then Ferrari’s new driver hit his stride and has now taken seven pole positions, meaning he will at least share this year’s pole position award.

Vettel, who had started behind Leclerc for nine races in a row at one stage, admitted there were several occasions when he should have qualified better. “Here and there certainly I didn’t have great sessions in qualifying,” he said.

“Things maybe didn’t come together the way I would have liked. Here and there I think I missed out on qualifying for different reasons.

“But, overall, I can’t be happy with how qualifying was this year. Certainly the goal is for the final races to make sure we have a good Saturday and not a good Sunday.”

The last time Vettel was beaten in qualifying by a team mate over the course of a season was in 2016, when Kimi Raikkonen out-qualified him 11-10.