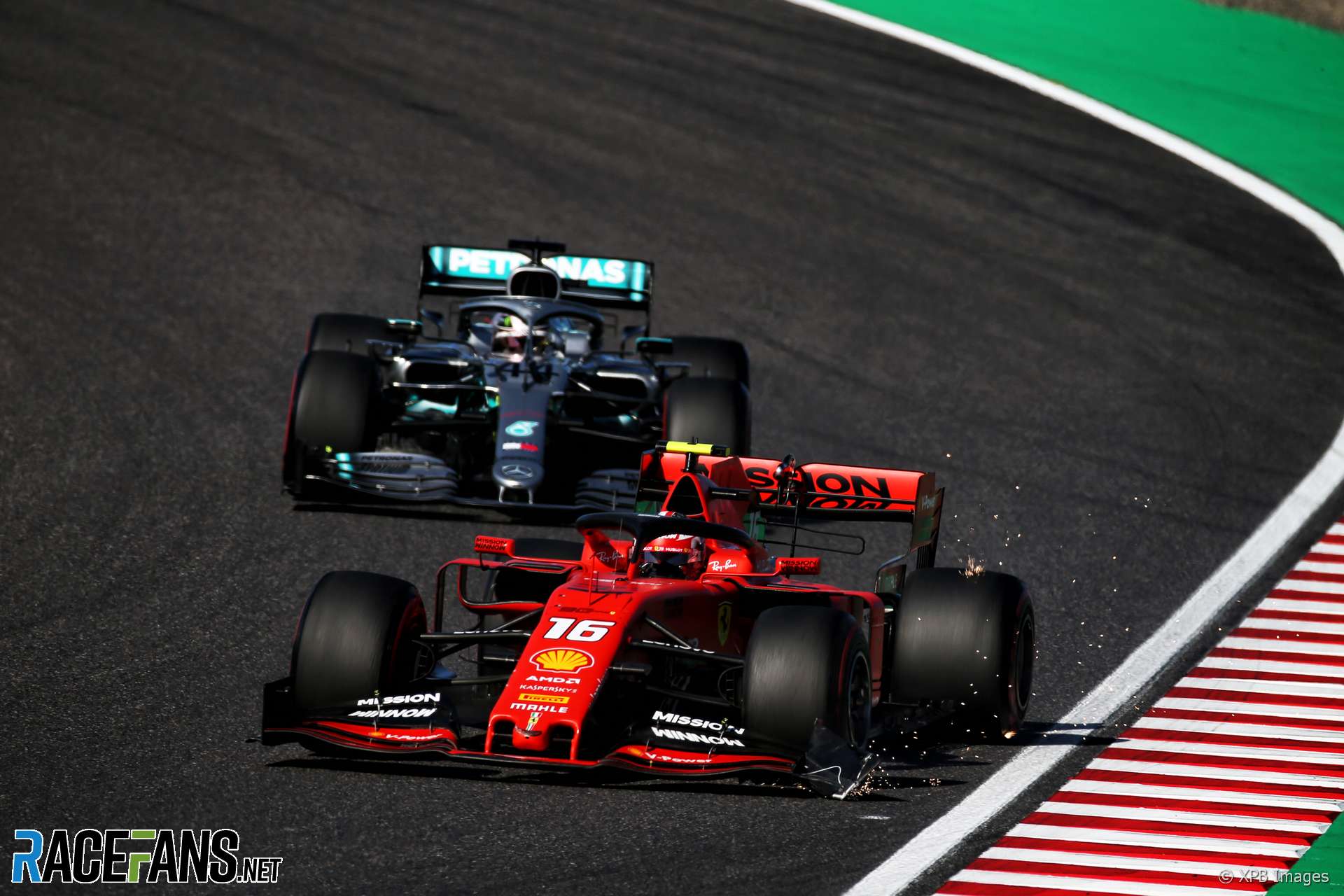 Two incidents in the last two races highlighted how F1’s stewards can take far longer to rule on some race incidents than others.

In Japan, Charles Leclerc collided with Max Verstappen on the first lap of the race. Yet the stewards did not issue a decision on the incident until long after the finish. It took them 236 minutes – almost four hours – to decide Leclerc was to blame, and give him a five-second penalty.

They reacted much more quickly when Daniil Kvyat rear-ended Nico Hulkenberg on the final lap of the Mexican Grand Prix. Officially, the verdict blaming Kvyat was issued 26 minutes later.

Viewers actually learned of Kvyat’s penalty much sooner as it was communicated to the television commentators ahead of being officially published. The turnaround was a mere nine minutes.

The length of time it can take the stewards to render verdicts has frequently been a cause for complaint among media and fans. FIA race director Michael Masi shed light on the reason for the delay.

In Kvyat’s case the explanation was simple: The stewards felt it was a clear penalty. “In their view, [it] could not have been more black and white,” said Masi, whose role involves reporting incidents to the stewards rather than ruling on them.

Leclerc’s case was, they felt, less clear-cut. The stewards also had to consider another matter to do with him driving on the track while shedding parts of his car.

The stewards also did not initially investigate Leclerc’s collision with Verstappen. According to Masi, this only decided to when they found new evidence on the matter. This added to the delay.

However the key difference between the handling of Leclerc’s and Kvyat’s collisions was that the stewards chose to hear from the drivers involved in Leclerc’s case before issuing a ruling. This did not happen with the Kvyat-Hulkenberg collision.

As the Leclerc incident happened on lap one of the Japanese Grand Prix, that meant the stewards had to wait until he’d taken the chequered flag.

“If they’ve got an element of doubt, they will wait until after the race and it’s purely up to the panel of stewards to determine,” said Masi.

“If they want to get an understanding of the drivers, of their [side], that’s their prorogative. That’s why they’re there, that’s why the four of them sit there in the room and have a look at everything. If there’s something they’d like to get a better understanding of, they go for it.”

This can create situations where drivers are competing for lengths of time – virtually an entire race, in Leclerc’s case – not knowing the outcome of an investigation hanging over them. That potential uncertainty is “for the team to manage, not for us,” said Masi.

Other sports have introduced technology to improve the speed or accuracy of refereeing decisions. The examples of Kvyat and Leclerc show there can still be a wide disparity in how long it takes the stewards to make a call in F1. Masi says the stewards prefer not to alter the result after a race, but sometimes it can’t be helped.

“I think all of us overall have a desire that when the chequered flag drops you’d like to know [the result]. I don’t think there’s any doubting that one in a philosophical sense.