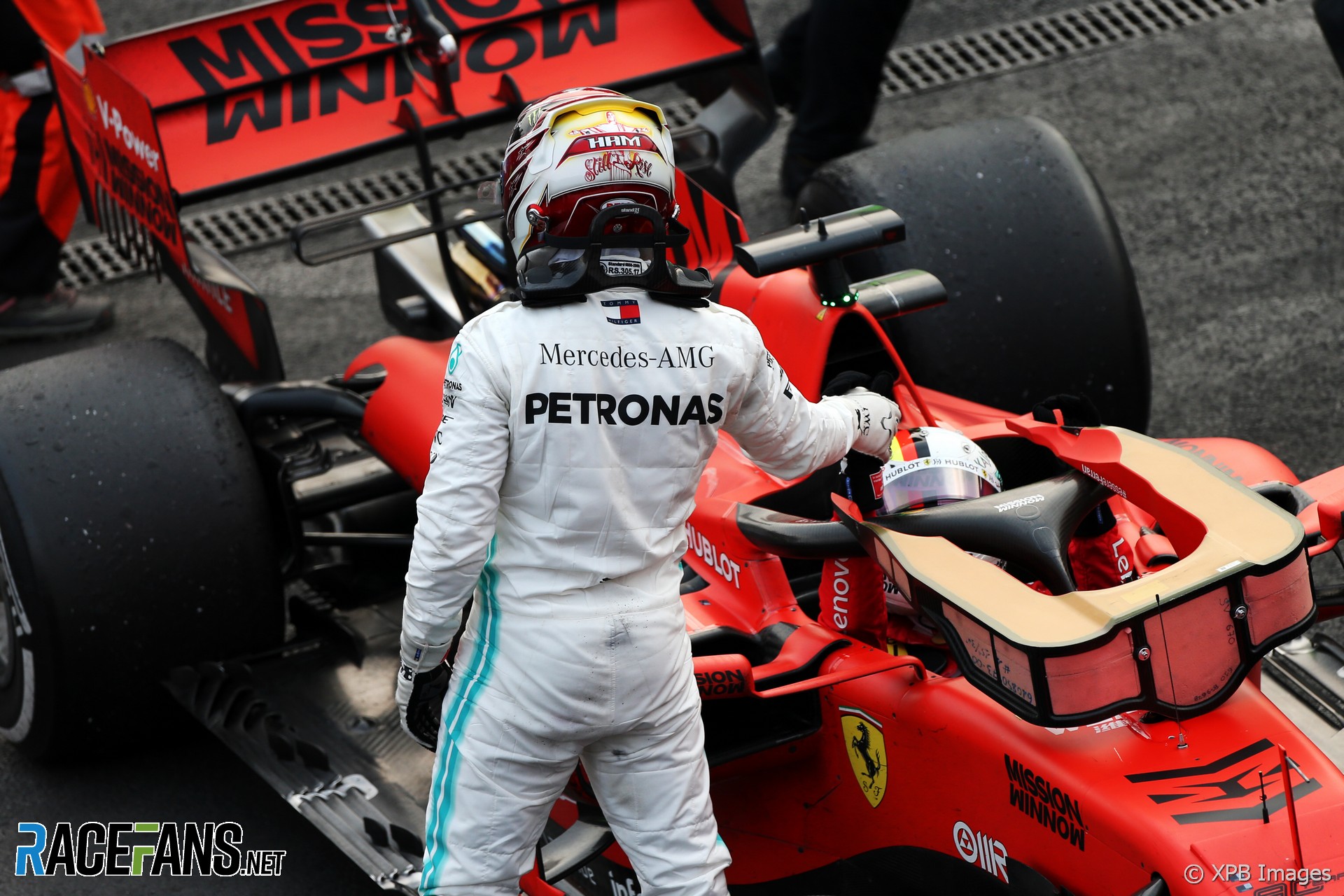 Sebastian Vettel says he doesn’t feel envious of Lewis Hamilton’s success as his rival is poised to clinch his sixth world championship title.

Since Vettel won the title for the fourth time six years ago he has seen Hamilton catch and surpass his achievement. Hamilton needs only four points from the remaining three races to become the second driver in F1 history, after Michael Schumacher, to win a sixth title.

Asked whether he envied his rival’s achievement Vettel said: “I wouldn’t say ‘envy’ because I appreciate his efforts, his performances, his success a lot.

“I think you have to because it’s obvious. If not, then I don’t know, it wouldn’t be me and I think it would be in my world and values, whatever, it would be wrong.

“So I think he deserves it. Together with his team he’s done a great job. Obviously, in a way you could say, I’m jealous because we wanted to be there and we are not. But [it’s] not that I envy him. I think, you know, it’s the name of the game.”

Ferrari have become stronger in the second half of the season, taking six pole positions and three wins since the summer break. Vettel is hopeful that will prove a springboard for Ferrari’s championship bis in the 2020 F1 season.

“There can be one winner and one person finishing second, third and so on,” said Vettel. “So it’s the nature of the sport and obviously he’s occupied that space, which means that whoever else there’s only second, third, fourth, fifth and so on left. So that’s how it is.”

“But there’s no guarantee that it’s going to be like this next year,” Vettel added. “So there’s always hope looking forward.”