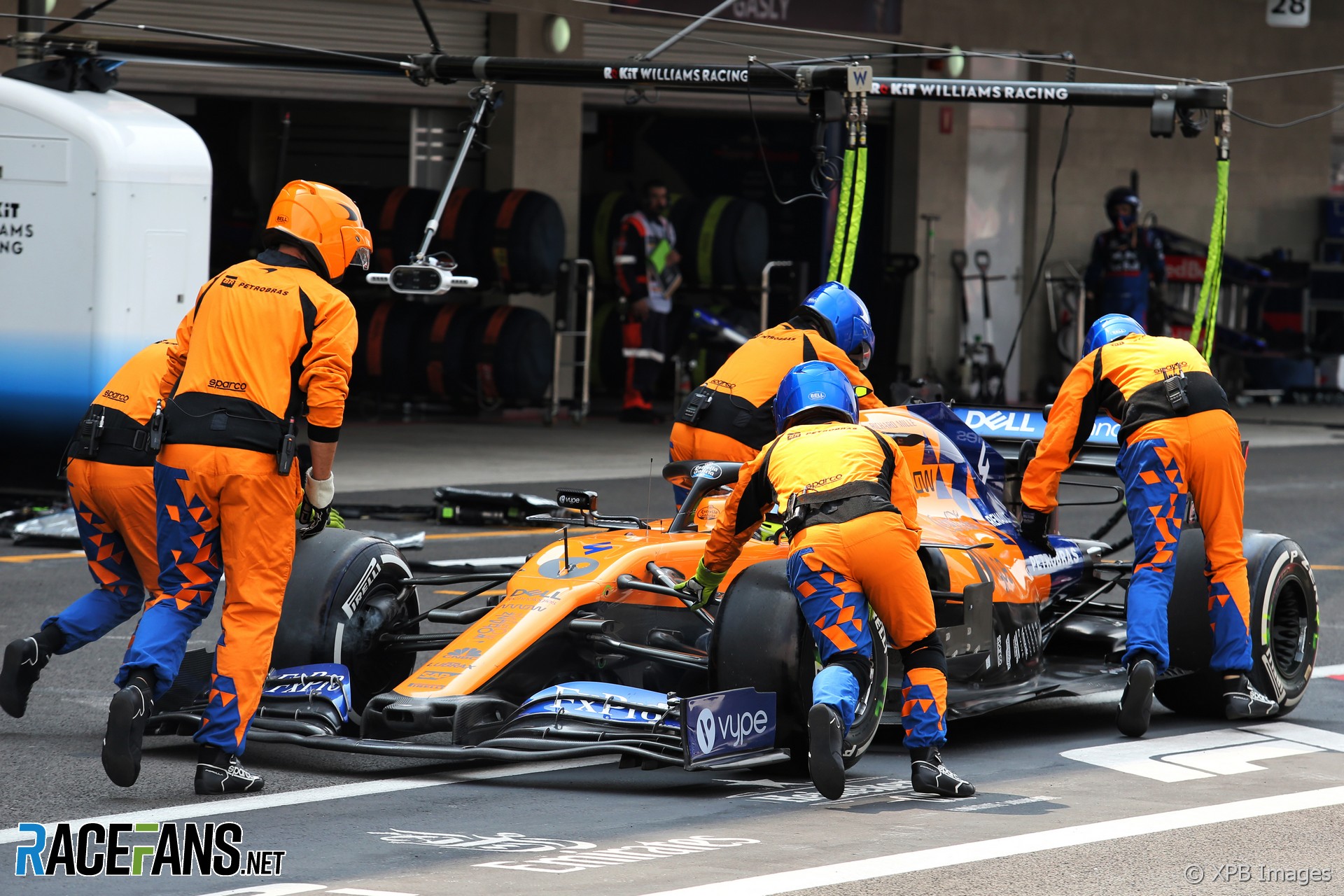 McLaren were unable to bring Carlos Sainz Jnr in for his scheduled pit stop because of the problem which occured when they brought Lando Norris in.

Norris was told to stop shortly after he left his pit box. The team pushed him back up the pits to their garage area where they remedied a cross-threaded wheel nut before sending him on his way again.

However while the was happening Sainz had to stay out on the circuit for longer than planned on his used set of soft tyres. McLaren team principal Andreas Seidl explained what happened.

“Of course we wanted to clear the pit lane first,” said Seidl. “This might have caused a delay to stop of one or two laps.”

Sainz reported over the team radio his the front left tyre was fading and was asked by his race engineer if he could stay out for one more lap so that the team had time to clear the pit box of Norris’ car. “Yes I can, but at this pace no,” Sainz replied.

The extra lap in Sainz’s first stint had consequences for drivers ahead of him. Red Bull driver Alexander Albon made his pit stop and came out of the pits behind the McLaren while Sainz was nursing his tyres for another lap.

However Sainz’s extended first stint was not a major factor in his inability to convert his seventh place on the grid into a points finish, said Seidl. “The main issue was we had nothing to fight with the hard tyres,” he said.