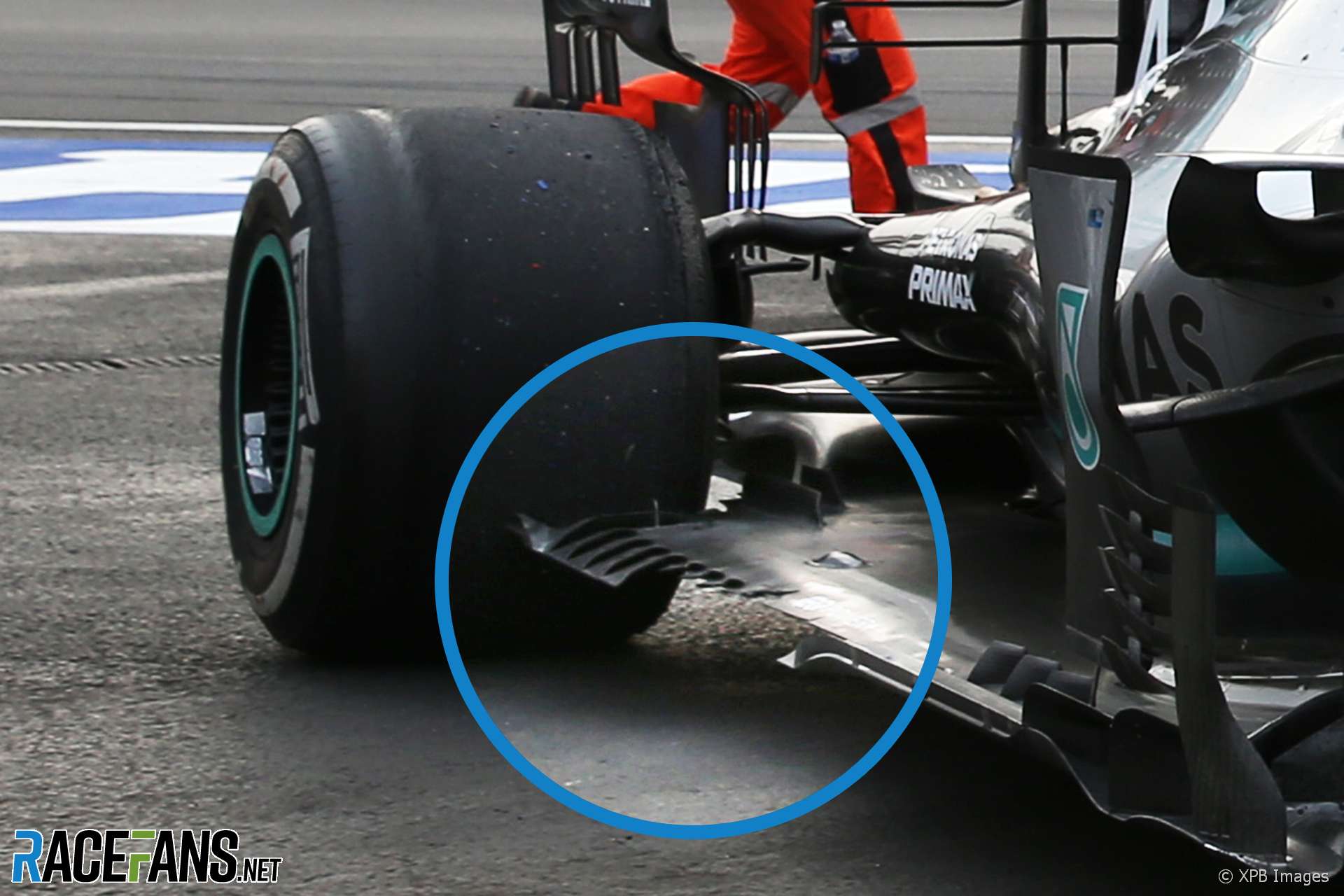 The damage Lewis Hamilton sustained in his first-lap collision with Max Verstappen cost him around seven seconds over the race distance Mercedes believes.

Hamilton’s car lost a part of the floor which Mercedes calls a ‘wouvre panel’ when the pair made contact approaching turn two.

“When Lewis and Verstappen tangled at the start there was actually a reasonable amount of damage to Lewis’s car in the subsequent collision,” explained technical director James Allison in a team video.

“That strip of bodywork is a thing we call the wouvre panel and it runs down the outside edge of the floor. There was also a little bit of damage to the front wing endplate and these two things combined to give Lewis a loss of aerodynamic downforce equivalent to about 0.1 of a second per lap.

“It might not sound a lot but if you remember that the race is 70 laps long, then over the course of that entire race, that’s worth about seven seconds. Remembering that at the end of the race Lewis was less than two seconds in front of Vettel, you can see that those seven seconds are a meaningful amount.”

Hamilton asked on the radio if his car had been damaged in the collision with Verstappen, but was told the contact was largely “wheel-to-wheel”.

Despite the damage Hamilton jumped ahead of Sebastian Vettel to take the lead of the race, which he won. “It adds emphasis to the fact this was a very fine, very controlled drive that Lewis put in on Sunday, able to stay ahead of the Ferrari, showing good pace and good consistency despite carrying that damage throughout,” Allison added.