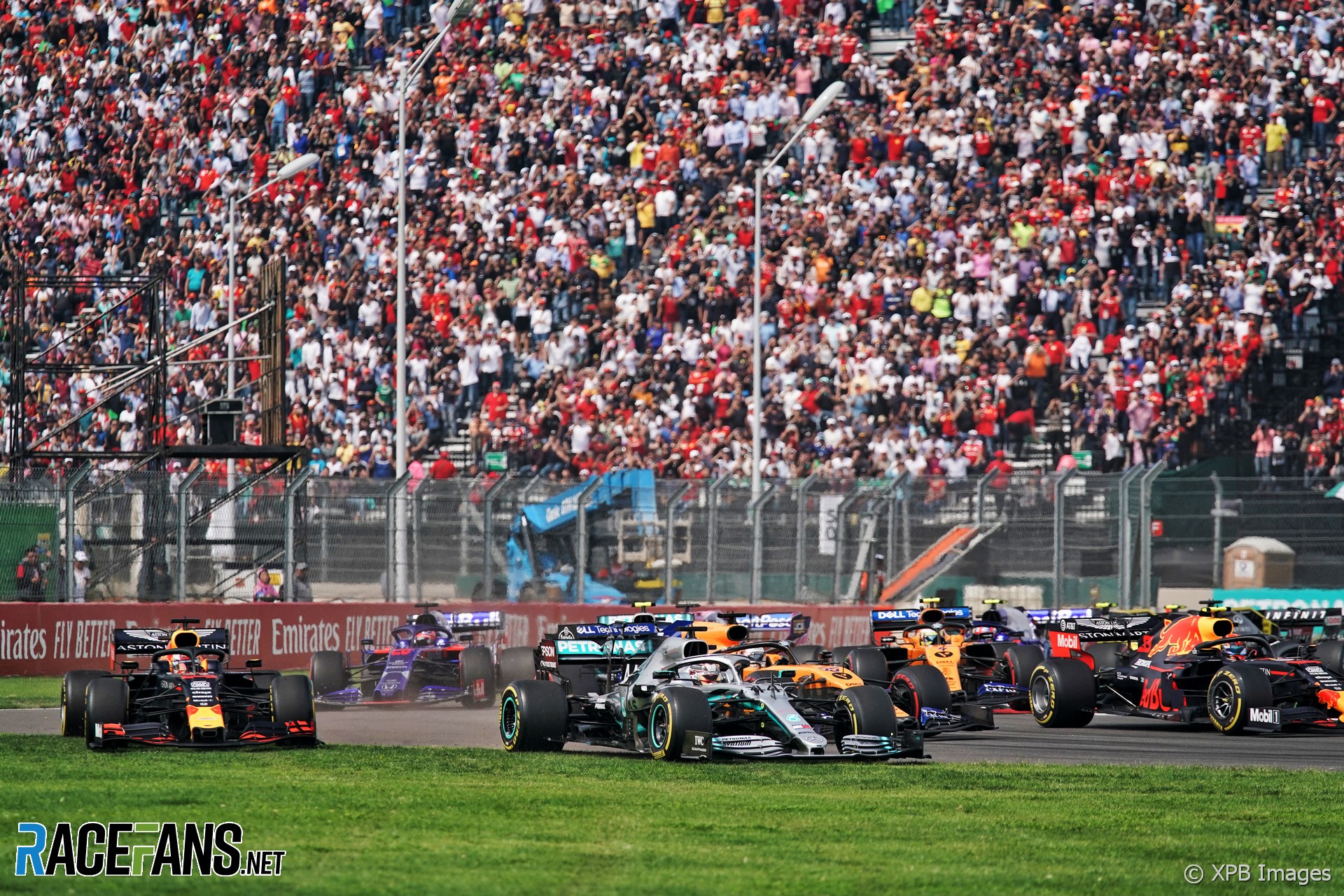 Christian Horner defended Max Verstappen’s driving at the start of the Mexican Grand Prix after Lewis Hamilton criticised his rival over their first-lap crash.

Hamilton said he was “torpedoed” by Verstappen when they collided between turns one and two. “I thought at some stage I’d get torpedoed by Max,” he said.

But Horner believes his driver was blameless. “He was actually patient with the Ferraris,” he said, “he was ahead of Lewis, he braked early-ish, which allowed Lewis to get round, take the risk on the outside.

“Lewis then got a bit of a tank-slapper. They both ended up on [the grass], it was it was hard racing. I don’t think he did anything wrong in the first corner.”

The stewards decided no investigation was necessary over the first-corner collision, which caused both drivers to lose places.

Horner said it wasn’t this incident which spoiled Verstappen’s race, but his subsequent contact with Valtteri Bottas.

“The move with Bottas was a tough one,” said Horner. “It was arguably done, the pass. He got clipped on the way out of the corner with Valtteri’s front wing. It was just unlucky. Some days that can go for you, some days it can go against you.”

Had it not been for that puncture Horner believes Verstappen “could have challenged to win the race [with] the speed that we had.”