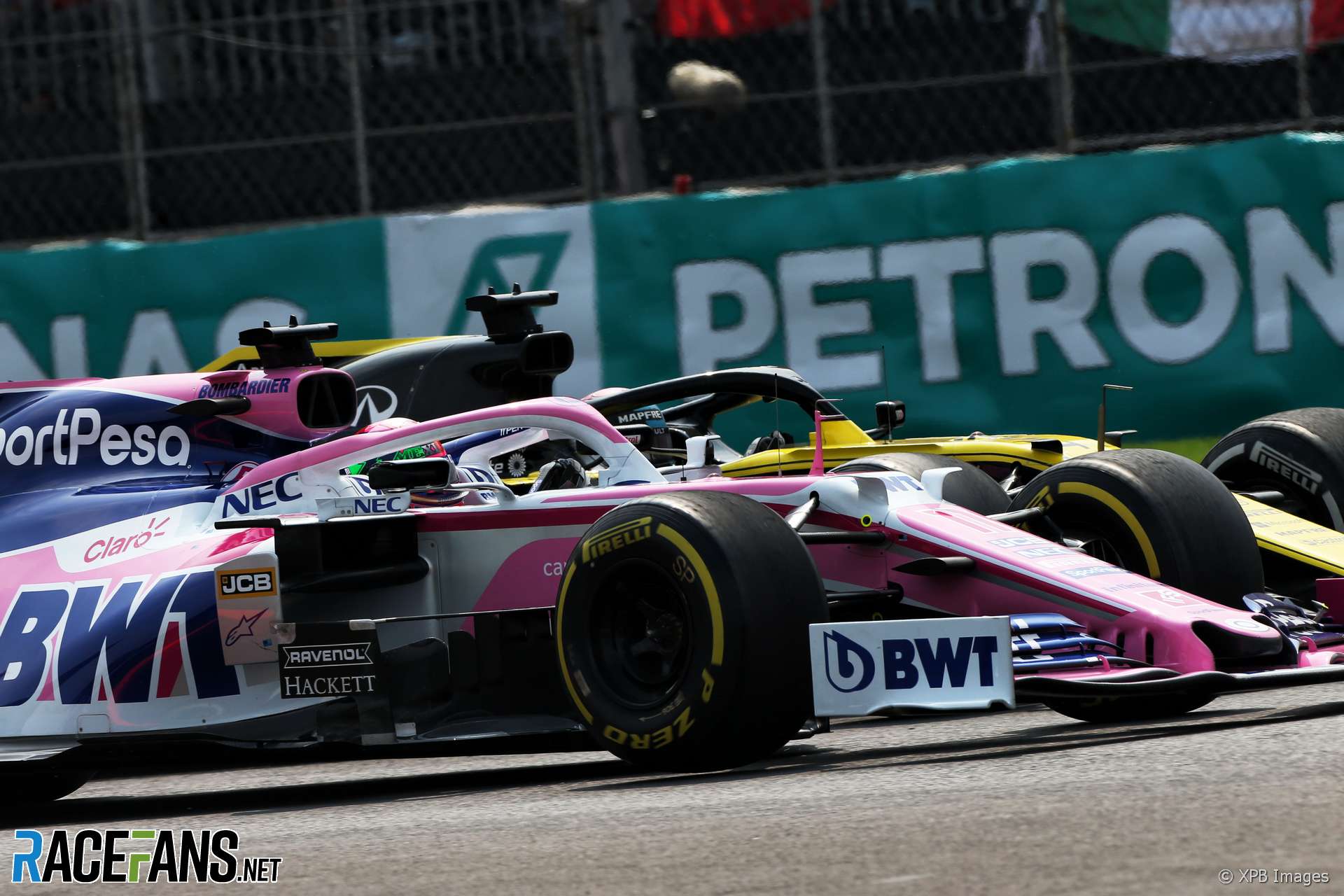 Sergio Perez told Daniel Ricciardo he needed a Red Bull to make his unsuccessful passing attempt at turn one work.

Ricciardo ran wide when he tried to overtake Perez for seventh place on lap 62. The Renault driver, who joined the team from Red Bull last year, launched his attack on the hard-tyred Racing Point after switching to mediums for his final stint.

“I knew he was very strong on the [medium] so he came very close with a big tyre delta,” said Perez after the race.

Perez said he knew keeping Ricciardo behind “was going to be very hard – I tried to save a bit of tyre towards the end and I think that helped me.”

When Ricciardo made his bid to pass, Perez realised his rival wouldn’t be able to slow in time for the corner. “I knew he was gone,” he said.

“I told him after the race that he doesn’t have that Red Bull anymore to do that kind of manoeuvre. He was quite on the limit, but I braked quite late. It was good that I gave him some room so we avoided contact.”

Ricciardo admitted his passing attempt had been an “optimistic” effort.

“I tried one lap, obviously I locked up and missed the opportunity,” said the Renault driver. “In the end, when I think about it anyway, I came from quite far back and he was already pretty good on the braking. So it was optimistic but I’m a bit frustrated not to get him.”