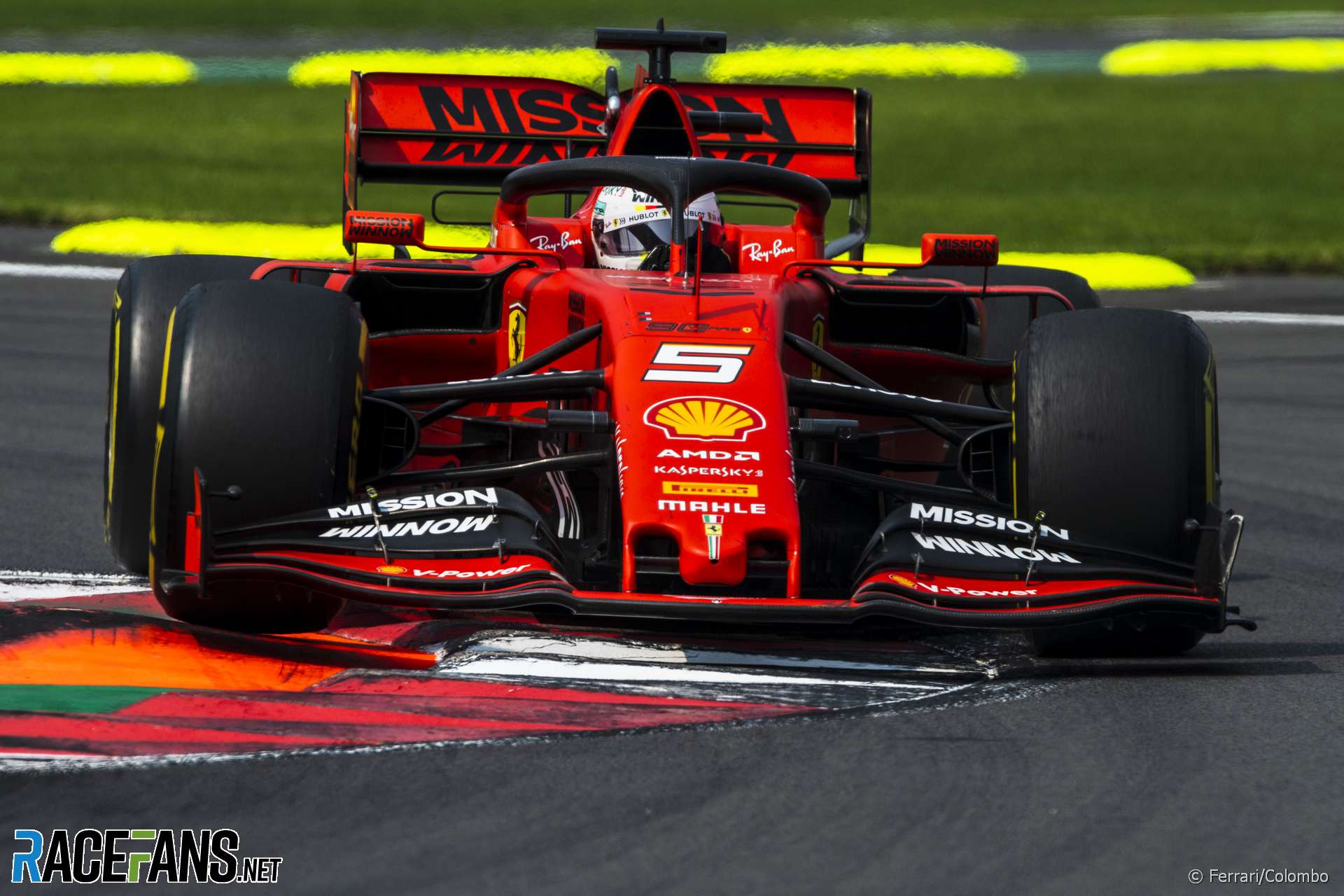 An FIA inspection of Ferrari’s power unit may have debunked one theory about how the team achieves its remarkable engine performance, @DieterRencken reports in the final instalment of his Mexican Grand Prix Paddock Diary.

After an easy commute in I grab fruit, pastries and coffee, then prepare for day. There are two issues bubbling under I’m keen to look into.

The first is questions over the accuracy of F1’s tyre graphics after Pirelli voiced concerns about them on Friday. The second concerns suspicions Ferrari boosts its performance by somehow ‘leaking’ intercooler fluid into the engine – a theory which was revealed here during the Russian Grand Prix.

On the first point, I’m scheduled to meet with F1 broadcast folk to understand how they derive the data. On the second, I speak to an official who has knowledge of the engine’s workings.

They tell me that after the FIA inspected the system with the full co-operation of Ferrari, there were no discernible high pressure points within the system from which fluids could leak. Three distinctly different liquids are used for cooling.

The question of how Ferrari is achieving its prodigious power output therefore remains. It’s a matter their rivals will be anxious to get to the bottom of in order to close the gap before the start of the 2020 F1 season. 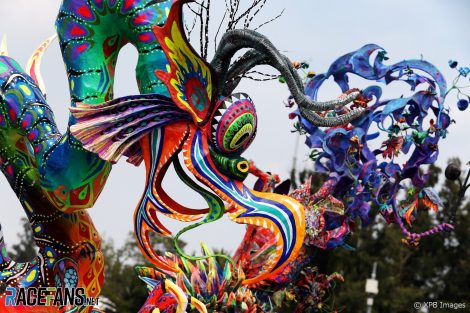 I meet with Dean Locke, F1’s director of broadcasting, who explains the methodology and philosophies behind the graphics. We reported some of this shortly before the race, and will bring more soon.

Thereafter I head for Scalpers, the paddock barber shop for a tidy, stopping to ask Jimmy (Paintz) to apply his talents to my cap. Hair trimmed, I collect my cap – to be worn in Austin – then take a paddock stroll.

Wherever one goes within the Autodromo Hermanos Rodriguez there is a carnival atmosphere, be it from the sounds of mariachi trumpet groups; folk wearing traditional dress; or colourful alebrijes, the Mexican folk art statues. The grand prix is promoted by an entertainment company, and it surely shows. 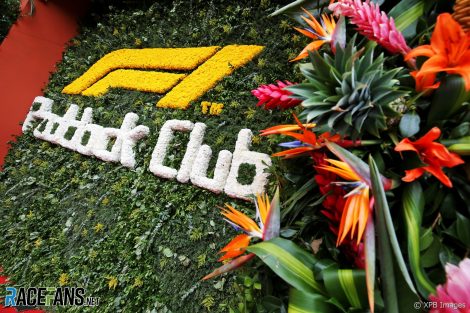 Along the way I discover that teams have received 2021-25 commercial offers (aka Concorde Agreements), a prelude to the next big fight after the sporting, technical and financial regulations are published on Thursday. Asked what he thinks about the commercial offers, a team boss says with a wink, “Most of us are laughing, the others are crying.”

I take this to mean that Ferrari, Mercedes and Red Bull will lose all of their special terms (or some of them, in the case of Ferrari). My source just smiles at this…

I head to McLaren where I’ve been invited to lunch (medium-rare steak with fries) by Katharine Mohr, the team’s resources manager. Mohr followed team boss Andreas Seidl to Woking from Porsche, where she held a similar position, and is another of the highly organised executives who is bringing structure to ‘McLaren 2.0’. 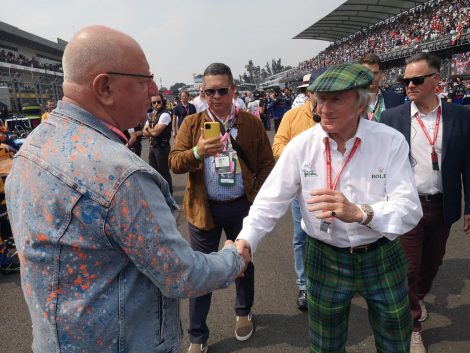 Head for grid, and once again I’m struck by the festive atmosphere of this race, simply unlike any other. As promised, I wear my colourful jacket despite the midday heat as I stroll about the grid, spotting Greg Maffei, president and CEO of Liberty Media – thus Chase Carey’s boss – taking a keen interest in his company’s multi-billion dollar investment. No doubt he’ll be in Austin.

Race over, it’s time for the post-race interviews. I ask Alexander Albon, who on Saturday spoke about the effects of jet lag on his most western visit.

I ask how he coped during the race, but he seems to have recovered. “I think it’s maybe the easiest race of the year,” he tells me. “This and Monza. Pretty simple.”

He explains that the long straight at both venues give the opportunity for a breather. He does, however, lament his missed podium chance, having run third in the opening stages. 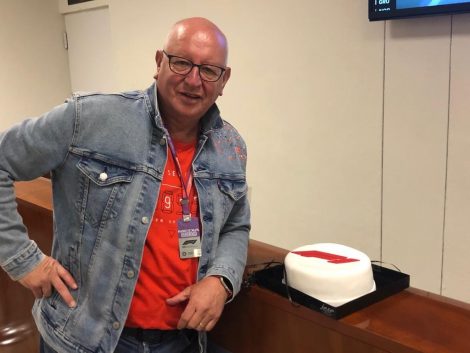 A heavy thunderstorm breaks. I duck into the media centre and am suddenly surrounded by a mariachi band which breaks into, I’m told, ‘Happy Birthday’ in Mexican.

Thereafter Rodrigo, the circuit’s marketing director, presents me with an F1 birthday cake. Sure, the actual day was Wednesday, but the Mexicans just keep giving – thanks so much!

F1 race director Michael Masi debriefs us, during which he tells me that teams had a 30-minute window to protest Ferrari’s alleged intercooler transgression, and that time has passed.

“Our technical guys look at all matters of legality on all cars regularly and will continue to,” he said. “And as we are all well aware the teams have the ability, if they wish, to protest the matter.” Draw your own conclusions…

Circuit duties done, I head for the shuttle back to the hotel where I plan to work in peace, but not before some minor drama: an electric cable shorted during the storm, causing a fire, with the resultant flames licking at a neon light on the wall of the entertainment alley. Fortunately extinguishers are to hand and the flames are soon doused.

It’s been a great event and I’m looking forward to returning next year – but for now I’m off to Texas (Tuesday) and the next Mercedes-Ferrari battle of the year, one at which Lewis Hamilton is likely to seal his sixth world title.