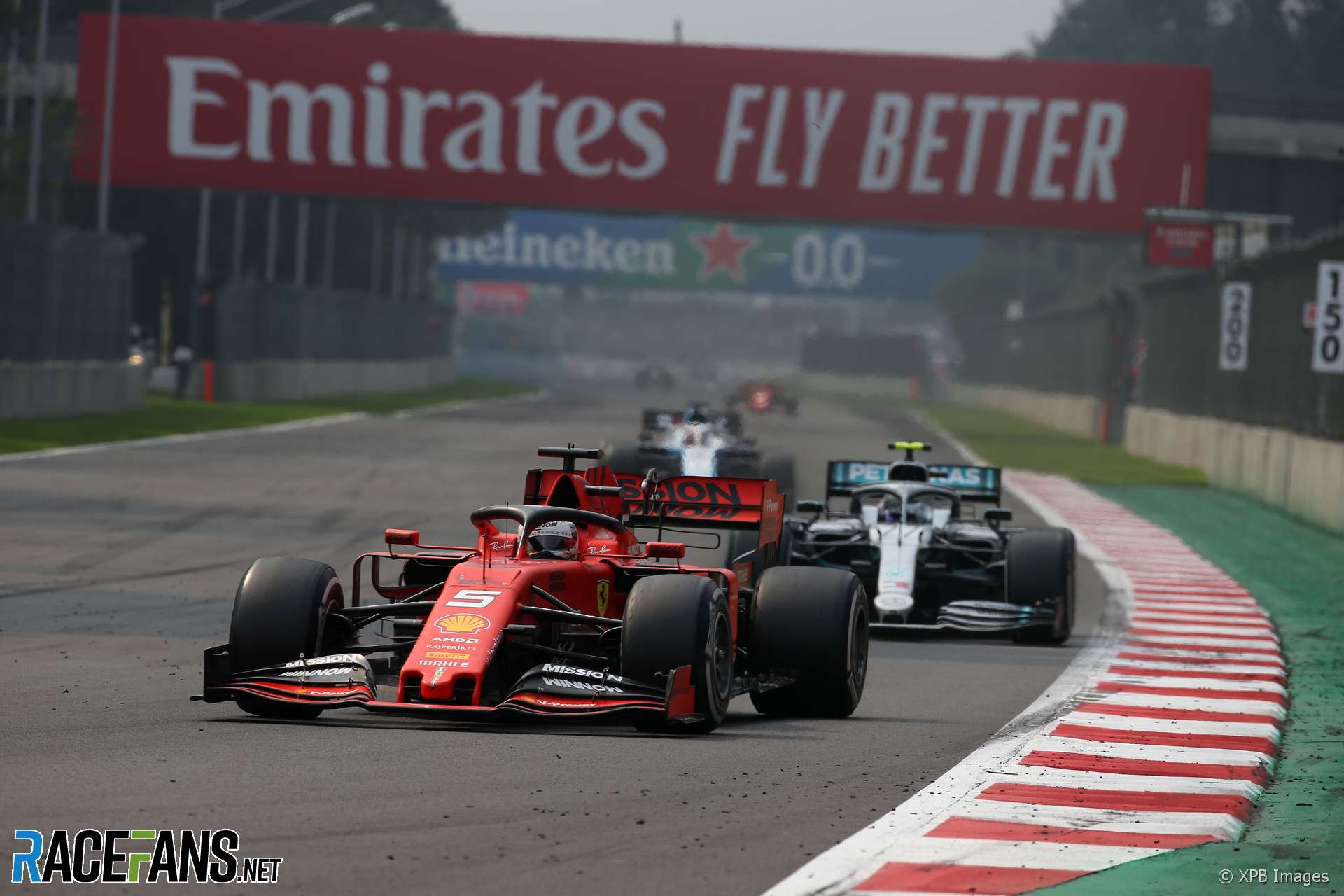 Valtteri Bottas says Ferrari’s straight-line speed advantage made it “impossible” to pass Sebastian Vettel at the end of the Mexican Grand Prix.

The Mercedes driver caught Sebastian Vettel during their final stints on hard tyres, but was unable to get close enough to even attempt to overtake his rival.

“Our speed on the straight is nearly the same when I have the DRS and they don’t,” Bottas explained in the FIA press conference after the race. “It was pretty impossible today and Sebastian didn’t really do any proper mistakes.”

“There was just not quite enough pace difference to make a move for the overtake. I was trying everything I could to get as close as I could.”

However Vettel also found he was unable to make a serious attempt at passing Lewis Hamilton’s Mercedes ahead of him.

“We always knew that it’s difficult to pass and have a lot of overtakes because of the nature of the track, being so critical on downforce, up in the altitude, it’s very difficult to follow,” said Vettel.

As well as Ferrari’s strong straight-line performance, Vettel’s tyres were 14 laps fresher than Hamilton’s, but he was still unable to get within two seconds of his rival for much of the closing stages of the race. None of the top four drivers at the finish – Hamilton, Vettel, Bottas and Charles Leclerc – were able to make a serious impression on their rivals despite ending the race within a few seconds of each other.

Vettel said he still “enjoyed it, but would have obviously enjoyed more to have a bit of a fight at the end.”