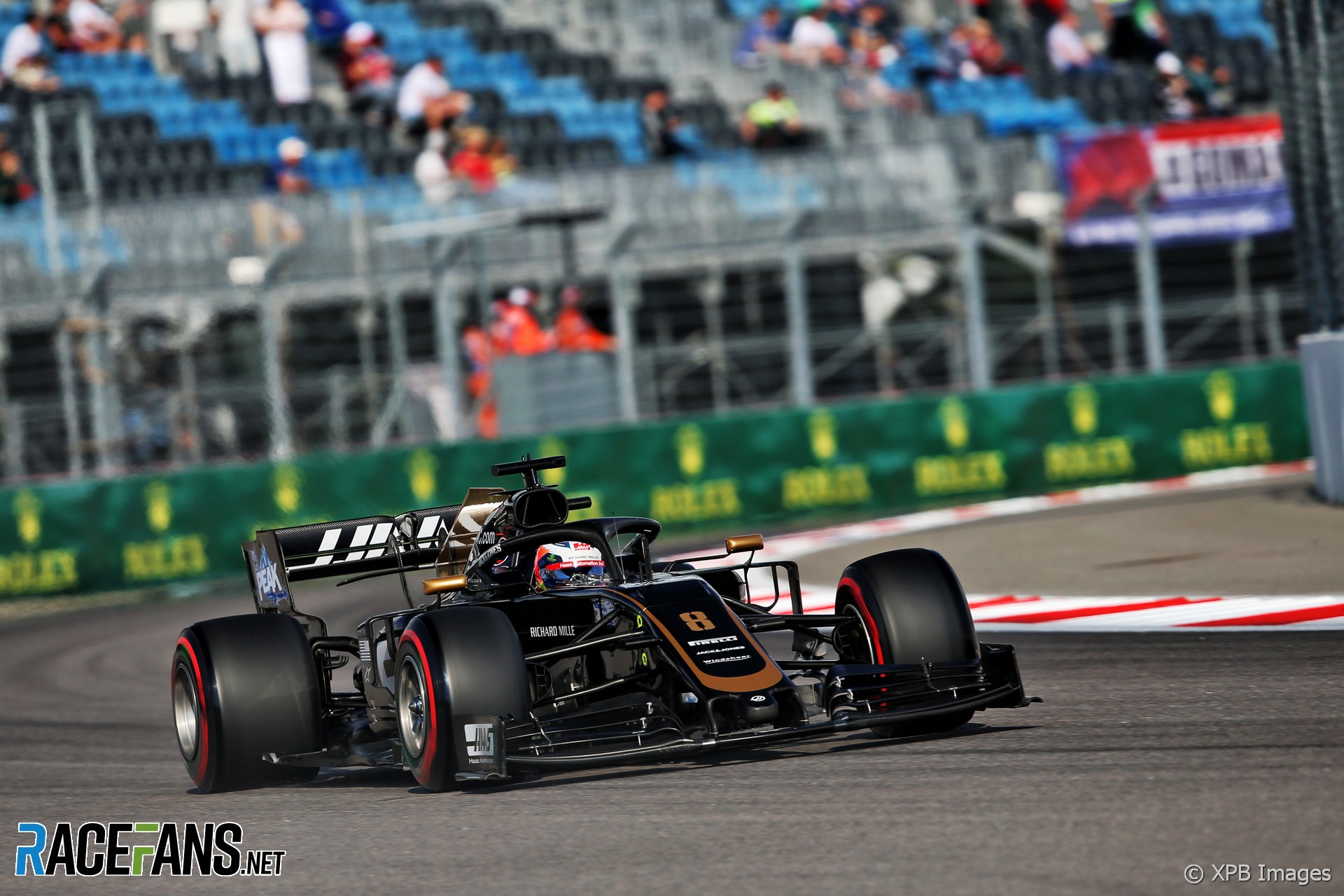 Romain Grosjean says he doesn’t want to give up seat time in practice sessions next year for Robert Kubica.

As RaceFans revealed last week, Kubica could drive in some Friday practice sessions for Haas if he joins the team in a development driver role next year. That would mean replacing Grosjean or Kevin Magnussen, the team’s confirmed race drivers.

Grosjean isn’t keen on the idea. “Giving [up] Friday morning is never ideal,” he said in response to a question from RaceFans.

“It depends where you want to fight and what are your ambitions. We’ve never seen Ferrari, Mercedes or Red Bull giving [up] Fridays because I think they want to fight for the win.

“Every session is important. If it’s got to be, well be it. But I think in terms of performance, it’s never ideal.”

During his last season at Lotus before joining Haas, Grosjean regularly had to sit out so Jolyon Palmer could drive his car. “You need to do the best you can for your team,” he said. “[But] it is not great.

“In 2015 I gave half the races, like 10 Fridays, to Palmer. It all depends the car you have. If you have a good car on the balance, the set-up is balanced then it’s fairly easy to jump back in. If there is a lot of work to be done on the car, it’s a big setback.”

However Grosjean believes Kubica would be a valuable addition to the team’s simulator programme.

“Robert is an amazing driver. He’s got really good experience in cars, racing, he’s raced different things. So it would certainly be a help.

“Saying that, I think our guys have done a good job also on the simulator. Pietro [Fittipaldi] and Louis Deletraz, they both have done a really good job. So, yeah we are building the tools, we’re getting more and more ready to go.

“Especially with the testing being reduced, Robert would suddenly be there a help. I’m not too unhappy with the guys we have. The only downside they have is that they haven’t really been a driving Formula 1 car much.”