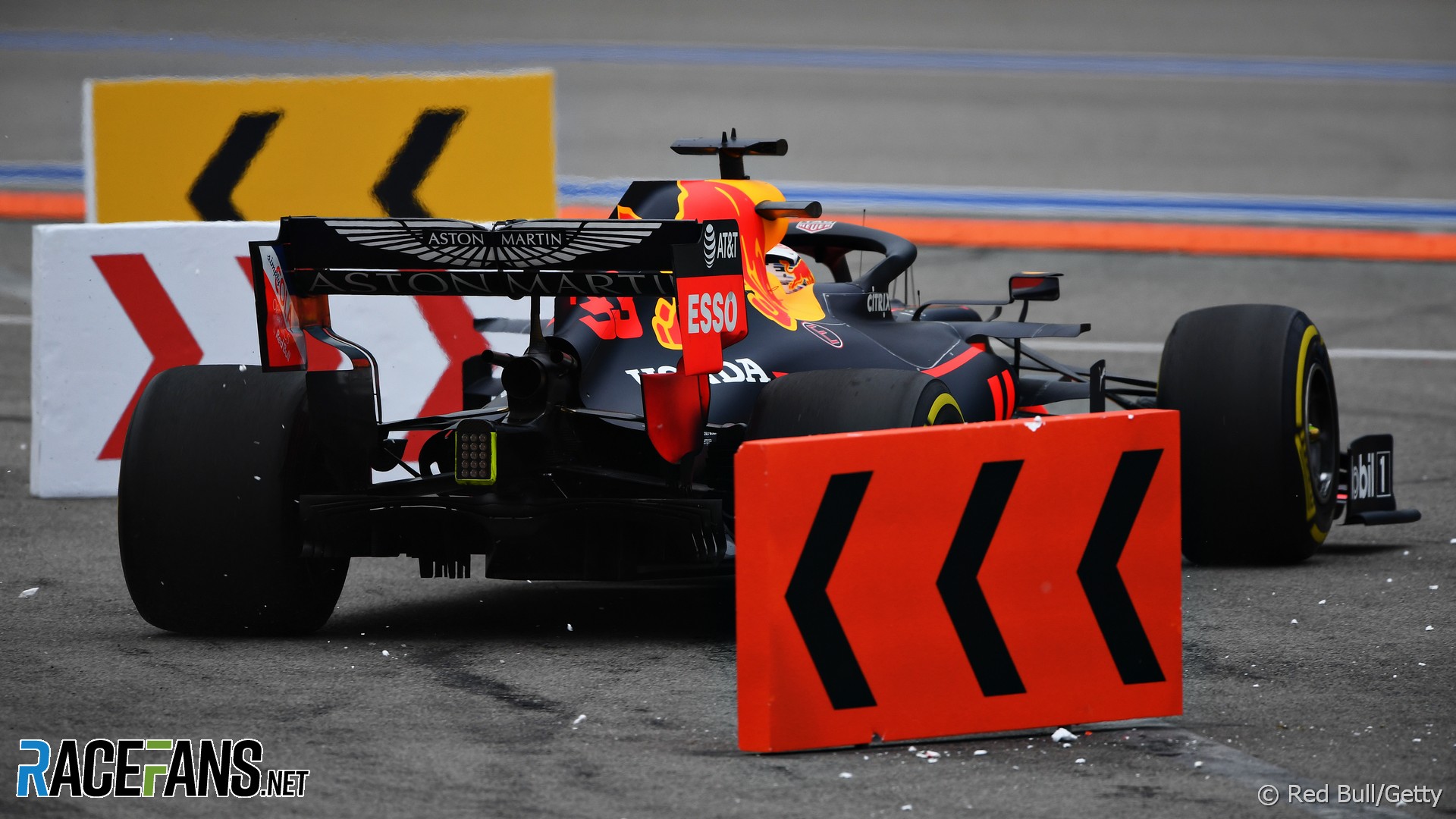 Formula 1’s stewards have taken flak for some hotly disputed calls this year.

In Canada Sebastian Vettel took the chequered flag in first place, but the watching world knew he had a five-second time penalty and that Lewis Hamilton behind him was the true winner. Whether you agreed with Vettel’s penalty or not, this was not a satisfactory way for a race to end.

The stewards did not cover themselves in glory at Suzuka, either. They first said ‘no action’ over a collision between Charles Leclerc and Max Verstappen on the first lap. Then, following a furious radio message from the Red Bull driver, they conveniently located some ‘new evidence’ which prompted an investigation.

Leclerc was penalised – eventually. Not until after the chequered flag had fallen did the stewards finally decide his lap one error merited a five-second time penalty.

Stewards’ rulings are always going to be contentious. But whether you felt either, neither or both of these incidents deserved penalties, both could clearly have been handled better.

It’s also true that both could have been handled worse. A few cases from this year’s Formula 3 championship should give F1 pause for thought.

During the first F3 race of the French Grand Prix weekend Juri Vips was given a five-second time penalty for cutting turn nine while passing Alex Peroni. However several laps later the stewards changed their minds and rescinded Vips’ penalty.

A fault with his radio meant his team could not tell Vips his penalty had been lifted. After the race he complained that, had he known his penalty had been cancelled, he would have attacked Robert Shwartzman and Pedro Piquet ahead of him, knowing that he wouldn’t lose any places he gained at the flag due to his sanction.

Unfortunately, this was no one-off blunder. The F3 stewards rescinded other penalties last season. In the second race that weekend Liam Lawson had a five-second penalty for causing a collision with David Beckmann undone after the race. In race one at Sochi the stewards overturned a five-second time penalty for Keyvan Andres after they discovered an engine problem on David Schumacher’s car had caused Andres to hit it.

In sport, the referee’s decision is final. But it also needs to be a final decision. These are all cases of decisions being taken before all the relevant facts were in. The same was true when the F1 stewards decided too hastily not to issue a penalty over the Verstappen/Leclerc collision at Suzuka.

The pressure the stewards are under to render a speedy verdict is understandable. But the need to get the call right first time has to take priority. Getting the right decision late is always preferable to getting the wrong decision early.

The need for F1 to avoid a similar scenario is obvious. The verdict on Vettel in Canada may ultimately have been the correct one, but imagine if the stewards had first said he was in the clear then changed their minds 10 laps later and given him a penalty. The reaction would have been off the Richter scale and – much more importantly – it wouldn’t have been fair on him or Hamilton.

How can F1 avoid this kind of scenario happening? The solution lies in looking at how the problem has arisen.

A few years ago the only time penalties available to stewards involved sending drivers into the pits for a ‘drive-through’ or ’10-second stop-go’. These were thought too harsh for some infringements, so five-second [and 10-second] time penalties were introduced.

Giving the option of less severe penalties was definitely an improvement. However it also created an inconsistency.

A drive-through or stop-go penalty must be served within three laps of it being imposed. But five-second time penalties may not be served until the end of a race if a driver does not make a pit stop after receiving one. That created the opportunity for the penalties to be rescinded, which was not possible with drive-throughs and stop-gos (unless the stewards changed their minds extremely quickly).

The ideal solution would be to impose a short time penalty but do so as swiftly as a drive-through. Another championship has already figured out how to do this.

This year Moto GP added extra loops to each of its tracks which riders must use when instructed by the stewards. These ‘long lap penalties’ add several seconds to a lap and are a useful way for the stewards to impose a minor penalty which might cost the rider a single position.

As always, no penalty regime is going to be perfect, and decisions on contentious matters like Vettel’s Canadian Grand Prix penalty are always going to attract criticism. In F1’s case, adding the infrastructure for a long lap penalty would be straightforward at many tracks but challenging at some, such as Monaco.

But replacing the five-second time penalty with a long-lap penalty offers clear benefits. The penalty is imposed swiftly, rather than potentially dozens of laps later. It means stewards, competitors and fans know that once a penalty is applied it will not be rescinded. It makes sure the running order on the track is the true order of the competitors, and not awaiting a post-race adjustment. And it reduces the chance of a driver taking the chequered flag in first place when the crowd knows they are actually second.

This may seem a counter-intuitive argument. It’s tempting to say that the stewards are human, they’re fallible, and therefore the option to rescind a penalty should exist (even though it does not in the case of drive-through and stop-go penalties). Particularly in a sport like F1 where, unlike football or rugby, the game does not stop while the referee makes up their mind.

But removing the option for the stewards to withdraw a penalty will bring valuable clarity for drivers and fans. And the stewards too, for if they know a penalty cannot be retracted, the essential importance of getting it right first time is obvious.

Riders will want to steer clear of this on Sunday!#QatarGP 🇶🇦 pic.twitter.com/IHkdPbjetm