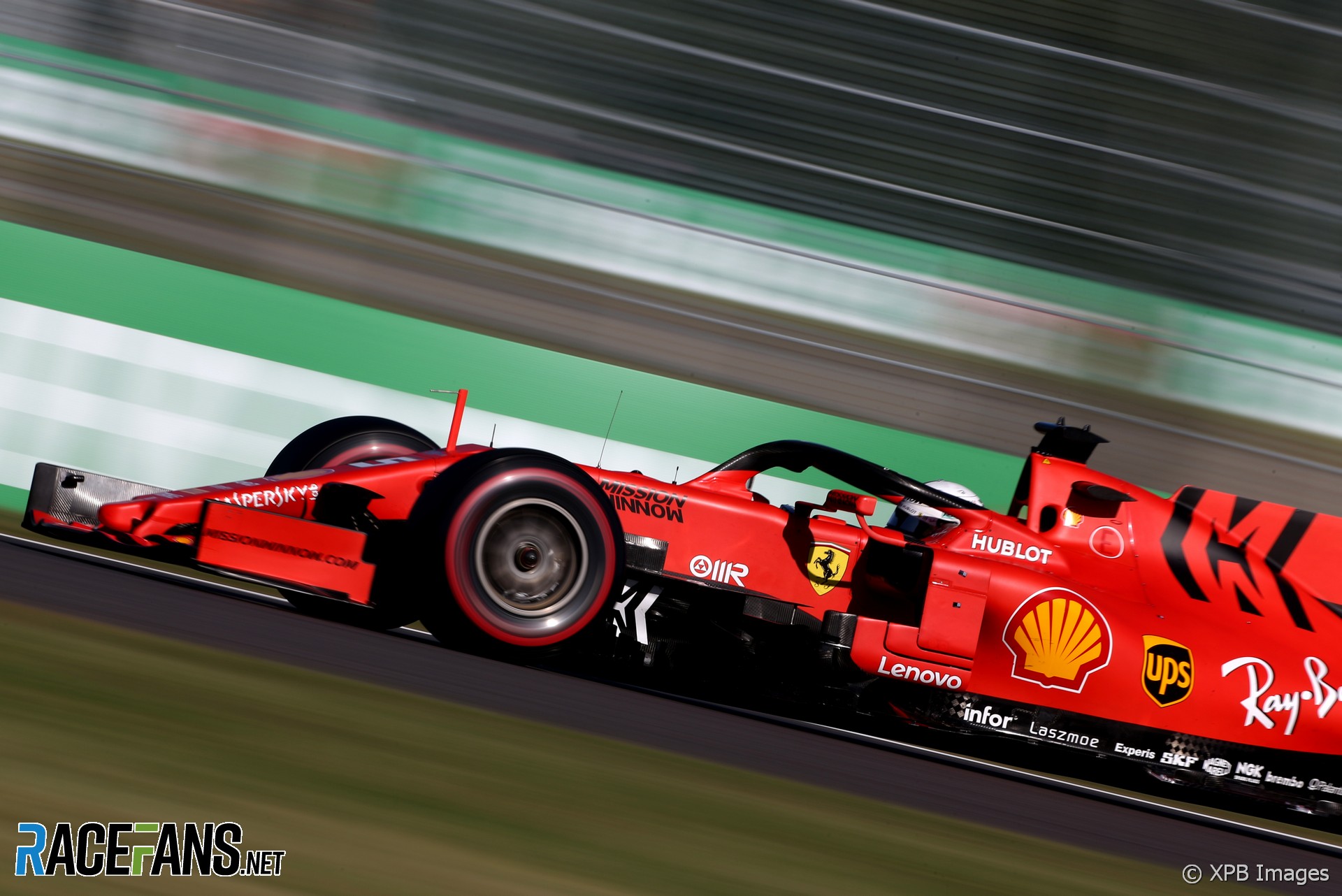 Sebastian Vettel says the upgrade Ferrari introduced for its car at the Singapore Grand Prix helped him get more out of the SF90 in qualifying.

He ended a nine-race streak of starting behind team mate Charles Leclerc in the Japanese Grand Prix last week. However Vettel denied he had made a breakthrough with his car at Suzuka.

“Nothing has changed” he said, “we didn’t change the car for here so nothing that would explain the step in performance.”

Vettel took his first pole position since the Canadian Grand Prix last weekend. “I think it was just a clean session,” he explained, “I don’t think there was a particular problem.

“Obviously we’ve been improving the car, especially since Singapore. I think the update helped us, probably help me in areas where maybe I struggled a little bit before.

“But overall I think qualifying sessions on my side haven’t gone entirely smooth so maybe that one just went quite smooth. Both laps were clean, no issues on preparing the lap and so on. So I was happy with that.”

Vettel took his second pole position of the year at Suzuka. Team mate Charles Leclerc has had six poles this year, the most of any driver, and has out-qualified Vettel by nine to six with four races remaining.