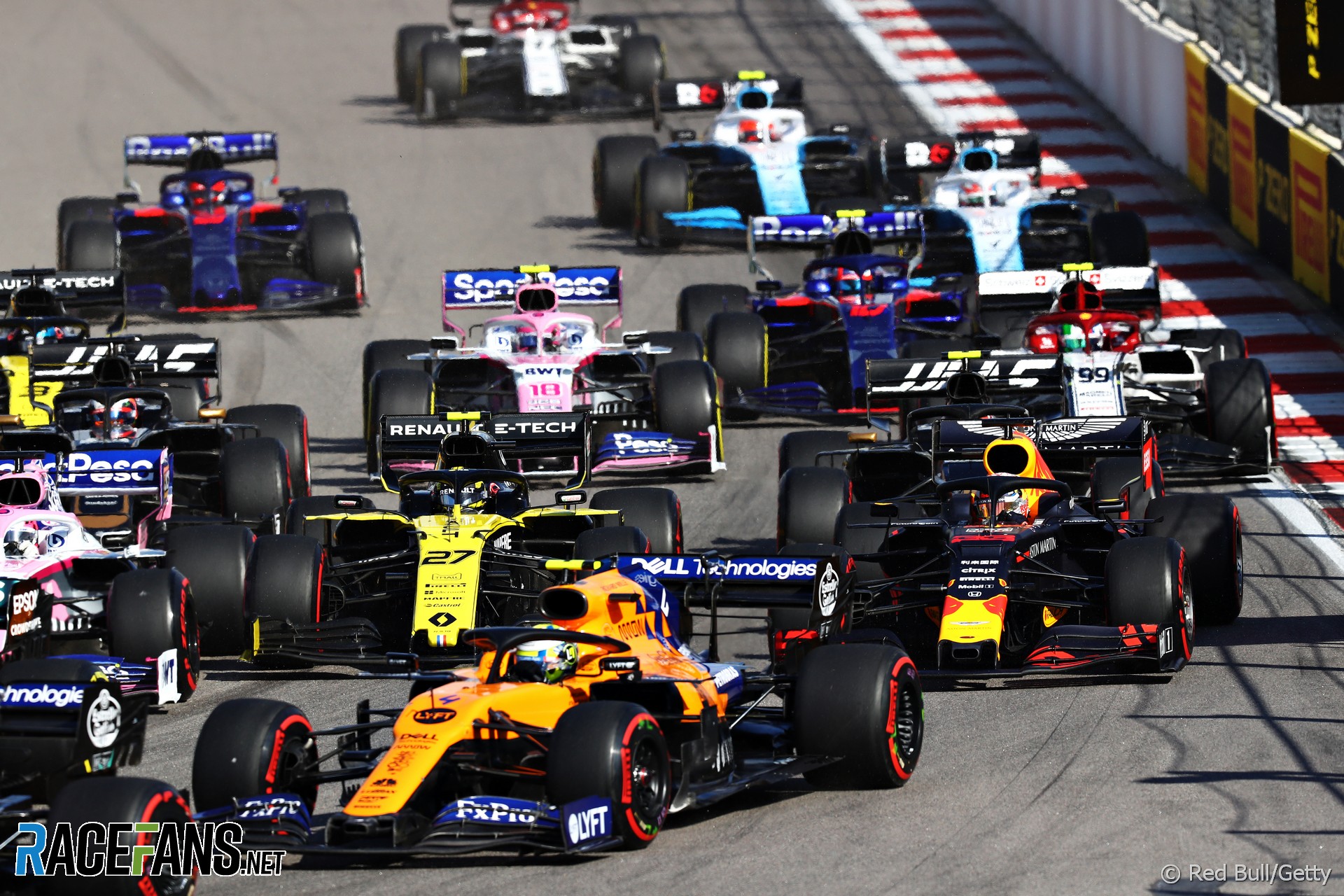 Formula 1 is preparing to publish its planned 2021 regulations in time to meet the deadline for agreement at the end of this month.

RaceFans understands the new rules for the 2021 F1 season, which include a significantly overhauled aerodynamics package, have received only minor alterations following objections from some teams who felt they left too little room for innovation.

The regulations have been developed by Formula 1 commercial rights holder Liberty Media and the sport’s governing body, the FIA. A key goal of the changes to car design has been to allow cars to race more closely and overtake more easily.

While some concession to the teams’ demands have been made, these have only been in areas which it is believed will not affect the work done to reduce the negative effect of turbulence from one car upon another.

Other aerodynamic changes to the cars were also accepted at a meeting of F1, FIA and teams’ representatives in Paris today. These included an increase in the size of the endplates in order to create more room for sponsors’ logos.

Among the other aspects of the rules discussed today included the possibility of reintroducing a partial freeze on engine development in order to limit costs. As reported previously, the plan to introduced standardised braking systems has been dropped.

The possibility of postponing the regulations changes to 2022 to allow more time for them to be finessed was also discussed, RaceFans has learned, but this is not thought to be a popular option. Ferrari will retain limited veto powers after 2020, but these will be subject to specific conditions.