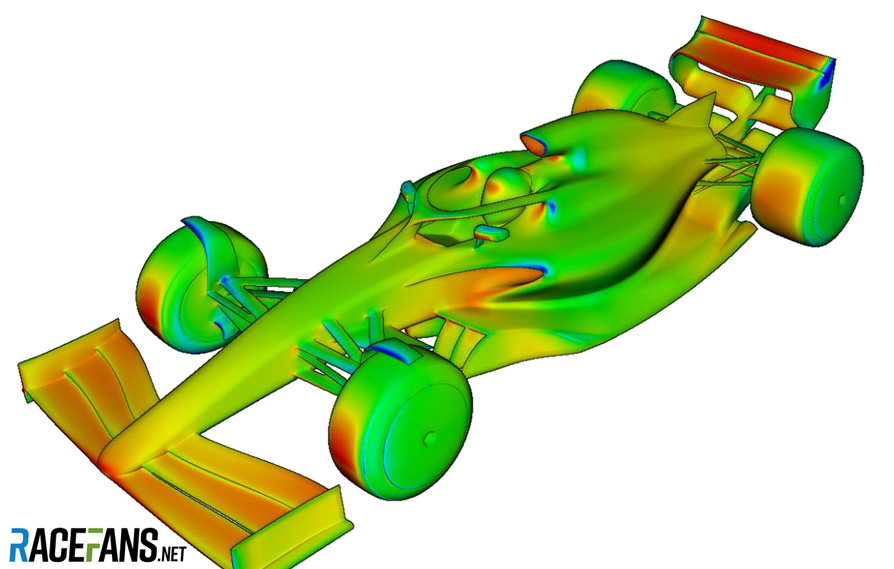 The FIA is prepared to relax its planned changes to the 2021 technical to give teams greater design freedom, according to Haas team principal Guenther Steiner.

The sport’s governing body, in conjunction with Formula 1 Management, is proposing a radical overhaul of car design intended to allow them to follow each other more closely.

However some teams have expressed concern that it will leave them with too little freedom to pursue their own design directions and lead to a field of similar-looking cars.

“What I always said, and I say it again, I do not support GP1 racing,” said Steiner. “A too [restrictive] regulation, I’m not a supporter of that and I voiced that in the meeting.”

Forcing a similar design on the cars would not help close the gap between F1’s top three teams and the rest of the field, Steiner added.

“[F1’s] DNA needs to stay. Having all the same-looking cars would not make a difference in competitiveness, the big teams will still spend more money on things you cannot even see now because they don’t differentiate the cars anymore.”

But he believes the FIA is willing to compromise with teams and grant them some design freedoms.

“They’ve done a lot, the FIA and FOM have done the aero research and we need to respect that because they spent a lot of time,” said Steiner.

“I think they diligently tried to find areas where we want differentiation which doesn’t impact on the overtaking studies.

“They’re trying to do a diligent job as well and they come back with ideas, constructive ones that we get it our way that the cars look different but they don’t influence too much of what they were working towards to make the cars better at overtaking.”

As F1 team principals and sport bosses meet today, what are the chances they will agree on a deal for the 2021 regulations? Read @DieterRencken’s analysis in today’s RacingLines column on RaceFans.