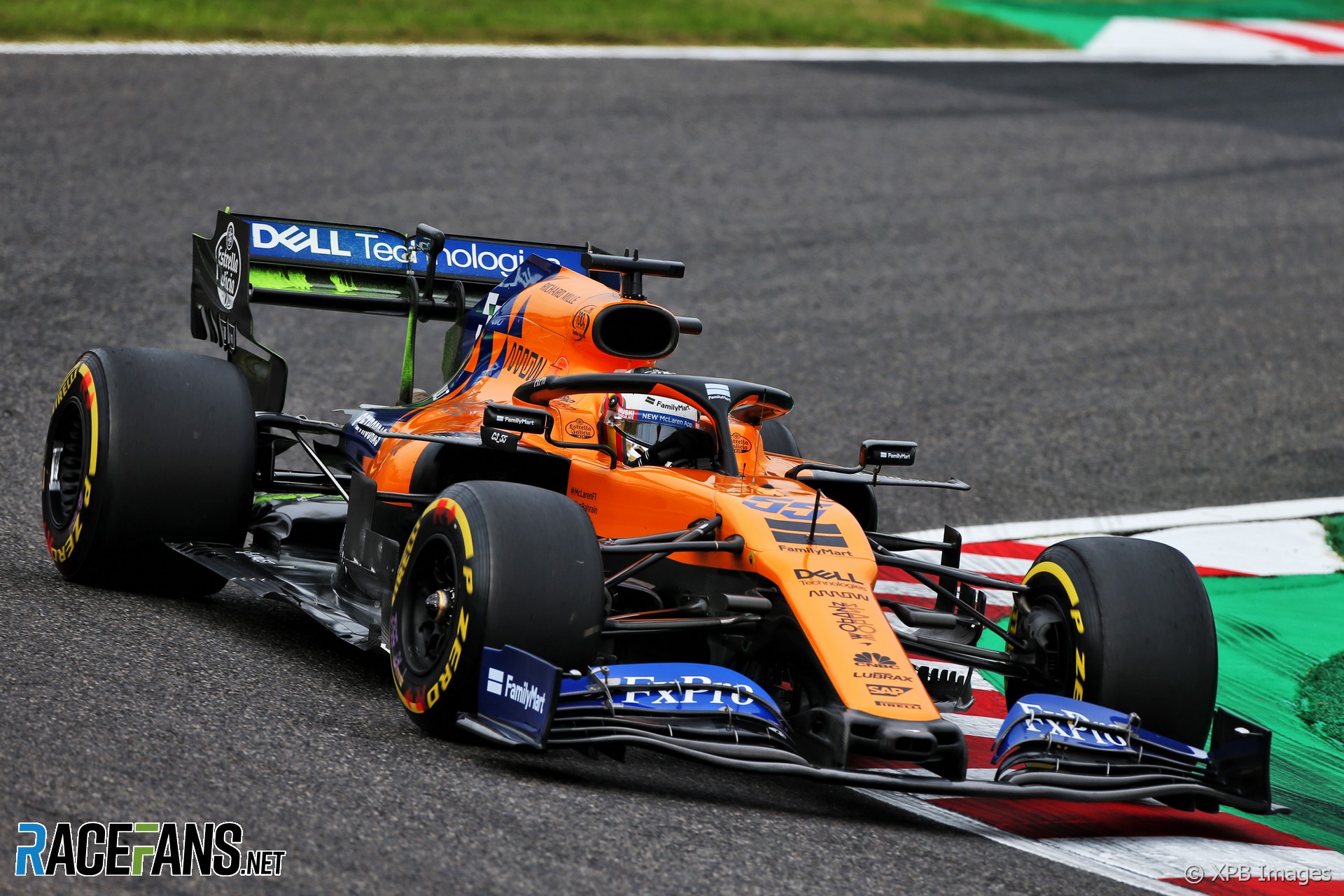 In the round-up: Carlos Sainz Jnr says his car is down on power due to its old battery.

Sainz had to change his power unit early in the season following a failure during the Australian Grand Prix, which put him out of sequence with the other Renault-powered drivers:

I’m very happy with the car all weekend. Well all Friday and the few laps we did [in qualifying] the car behaving very well even with this wind. It was nice and predictable to drive.

We were lacking a bit of straight-line speed with a battery bug. We were suffering a bit with some issues there which were not fully resolved. We have a very old battery pack and it’s not giving us the last tenth that we would like but in the end we did such a good lap that it didn’t matter.

The 2020 Vietnam Grand Prix will be sponsored by Vinfast, part of Vingroup, which is the event's promoter – more on them in our exclusive interview with Vietnam Grand Prix Corporation CEO Le Ngoc Chi:https://t.co/koOUJHhdCq #F1 #VietnamGP

Very amused that #F1 showcasing Leclerc's one-handed 130R moment has backfired into setting everyone off about what's wrong with the challenge of modern cars. Perfect timing as we head towards imminent announcement of (inevitably) watered-down 2021 changes pic.twitter.com/d8V5zpCXL3

Actually, F-duct & free DRS use in Q actually made some of those previously easily flat high-speed turns a real challenge again. And there was nobody better at that stuff than @AussieGrit 🙈!

..@ourmotorsportuk
What a sad sight yesterday to see only 12 cars on the F4 grid..our entry level national championship! With the ridiculous budgets required it is now the domain of kids with rich dads. Change needed!

#OnThisDay in 2002 Michael Schumacher dominated the #JapaneseGP for Ferrari, as he did so many GPs that year. Suzuka 2002 was the last GP for Mika Salo, a pleasant & popular driver whom we all missed the following year, & Eddie Irvine. pic.twitter.com/aHisFb8Ncq

If Vettel had been found to have jumped the start, and been given two penalty points as Raikkonen was in Russia. he'd now be on 11. As it is he's on nine, and will be down to seven before the next race weekend, the #MexicanGP:https://t.co/WGU9h9WrOX #F1

Another view of Vettel's near-jump start – watch @ValtteriBottas reacting to it as well. #F1 #JapaneseGP pic.twitter.com/ER5qv8OpZs

" While five of the teams retain the same driver line up for pre-season testing as for the previous season – namely Envision Virgin Racing (Bird and Frijns), Audi Sport Abt Schaeffler (Abt and Di Grassi), Mahindra Racing (D’Ambrosio and Wehrlein), Venturi Racing (Massa and Mortara) and Nissan e.dams (Buemi and Rowland) – the rest of the teams will at least change one driver of its parings."

Behind the visor - Marcus Armstrong (Formula 3)

"My first design was based off Kimi Räikkönen’s 2008 design, or 2007 maybe. Kimi is my favourite driver, especially when I was younger, so I asked for something similar and then over the years, Kimi has changed his design, but I have sort of kept it the same. "

Race control can use the black-and-orange flag to force teams to bring a damaged car into the pits, so why wasn’t it used on Ferrari?

My main issue with stewards is they should have black-and-orange flagged Leclerc within a few corners of seeing his front wing end plate destroyed and spraying parts all over the circuit.

It would have been very embarrassing when it fell off if they then had to deploy the Safety Car, which I always feel ruins the beginning of a race.
@Paulipedia

Happy birthday to Fer No. 65, Sebastiaan Huizinga and Carlos!

26 comments on “Sainz lacking power due to “very old battery””