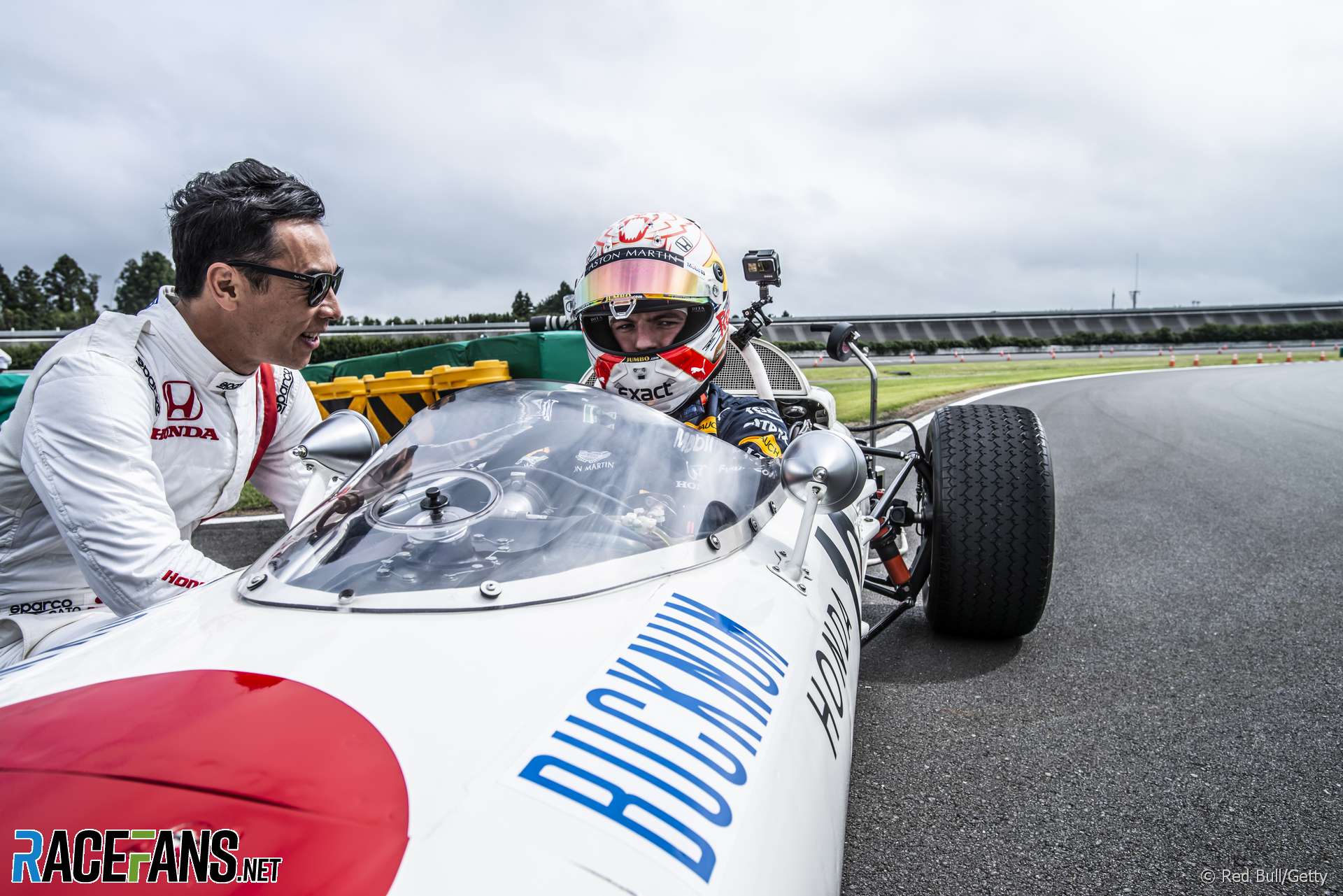 He visited Honda’s Tochigi Proving Ground to try the Honda RA272, powered by a 1.5-litre V12 engine, which scored the manufacturer’s first F1 victory. Richie Ginther drove the car to victory in the 1965 Mexican Grand Prix.

While Honda-powered cars have gone on to win a total of 74 F1 races, including Verstappen’s pair of wins for Red Bull this year, this is one of only three Honda works cars which have taken grand prix victories.

“I didn’t fit in very well,” Verstappen admitted afterwards. “I was a bit stuck.”

“It was a great experience to drive,” said Verstappen. “Of course you’re not driving it flat-out but it was a really cool experience.”