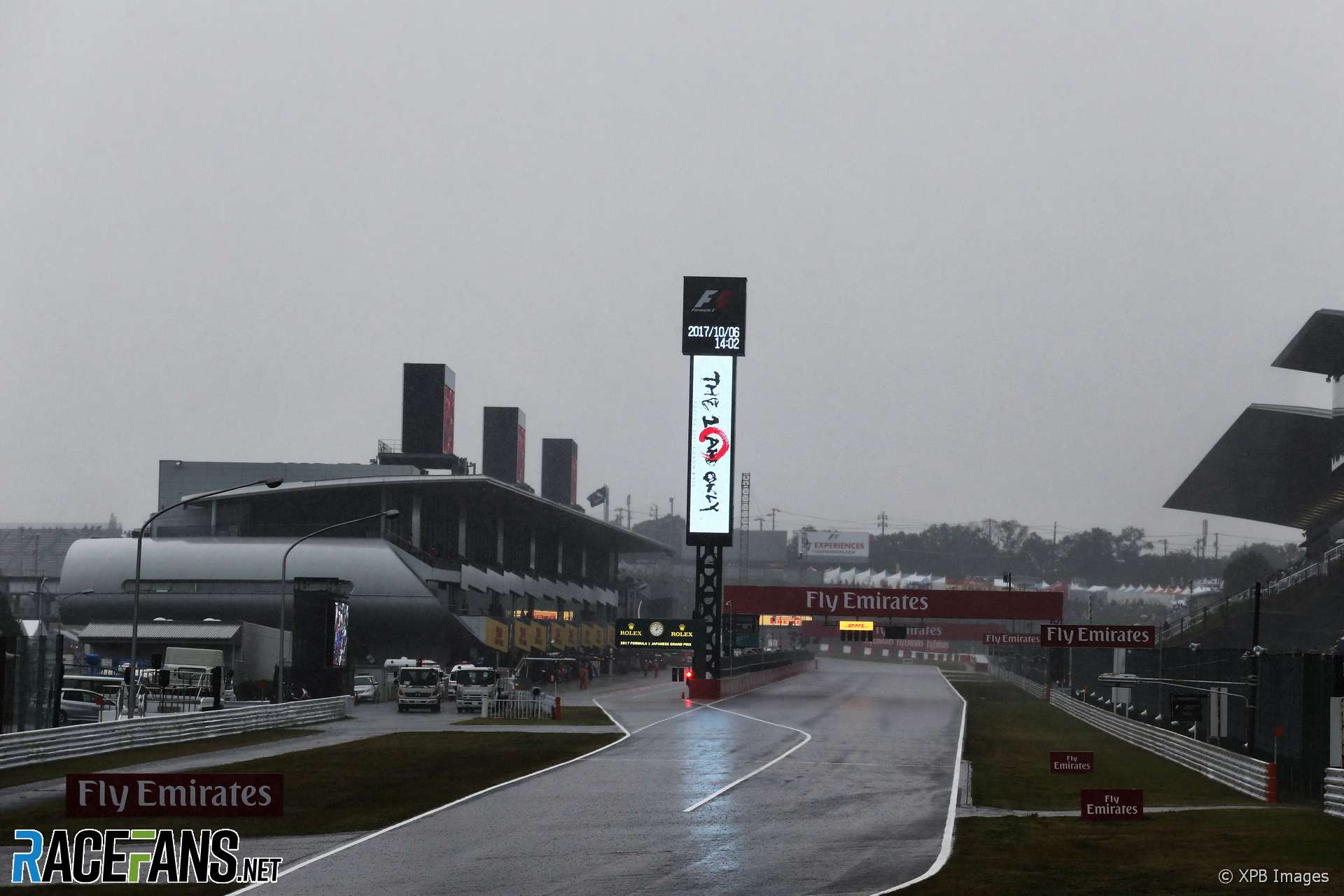 Super Typhoon Hagibis, a “violent” storm currently heading towards Japan from the south, is being “closely monitored” by all parties involved in running this weekend’s Japanese Grand Prix.

The storm is expected to reach the track from Friday evening, bringing severe wind and rain which will last throughout Saturday. Japan’s Meteorological Office expects that by the time it passes over Suzuka, Hagibis will be over 200 kilometres wide and its winds could hit 230kph.

Contingency plans may therefore be needed for Saturday, when final practice and qualifying are scheduled to take place. The FIA, Formula 1 Management, Suzuka Circuit and the Japanese Automobile Federation say “every effort is being made to minimise disruption to the Formula 1 timetable” but added “the safety of the fans, competitors and everyone at the Suzuka Circuit remains the top priority”.

Suzuka is no stranger to severe weather. Five years ago the Japanese Grand Prix was run in very wet conditions as Typhoon Phanfone passed through the area. During the race Jules Bianchi crashed and suffered severe injuries from which he later died.

Qualifying was postponed to Sunday during the 2004 race, due to Super Typhoon Ma-On, and again due to heavy rain in 2010. Two years ago Pierre Gasly’s bid to win the Super Formula title at Suzuka was thwarted when two races were cancelled due to another typhoon.

Teams should be able to get some practice done in dry conditions on Friday. But Saturday could be a complete washout and the forecast for Sunday does not look encouraging either, with a high probability of further rain which will last into Monday.