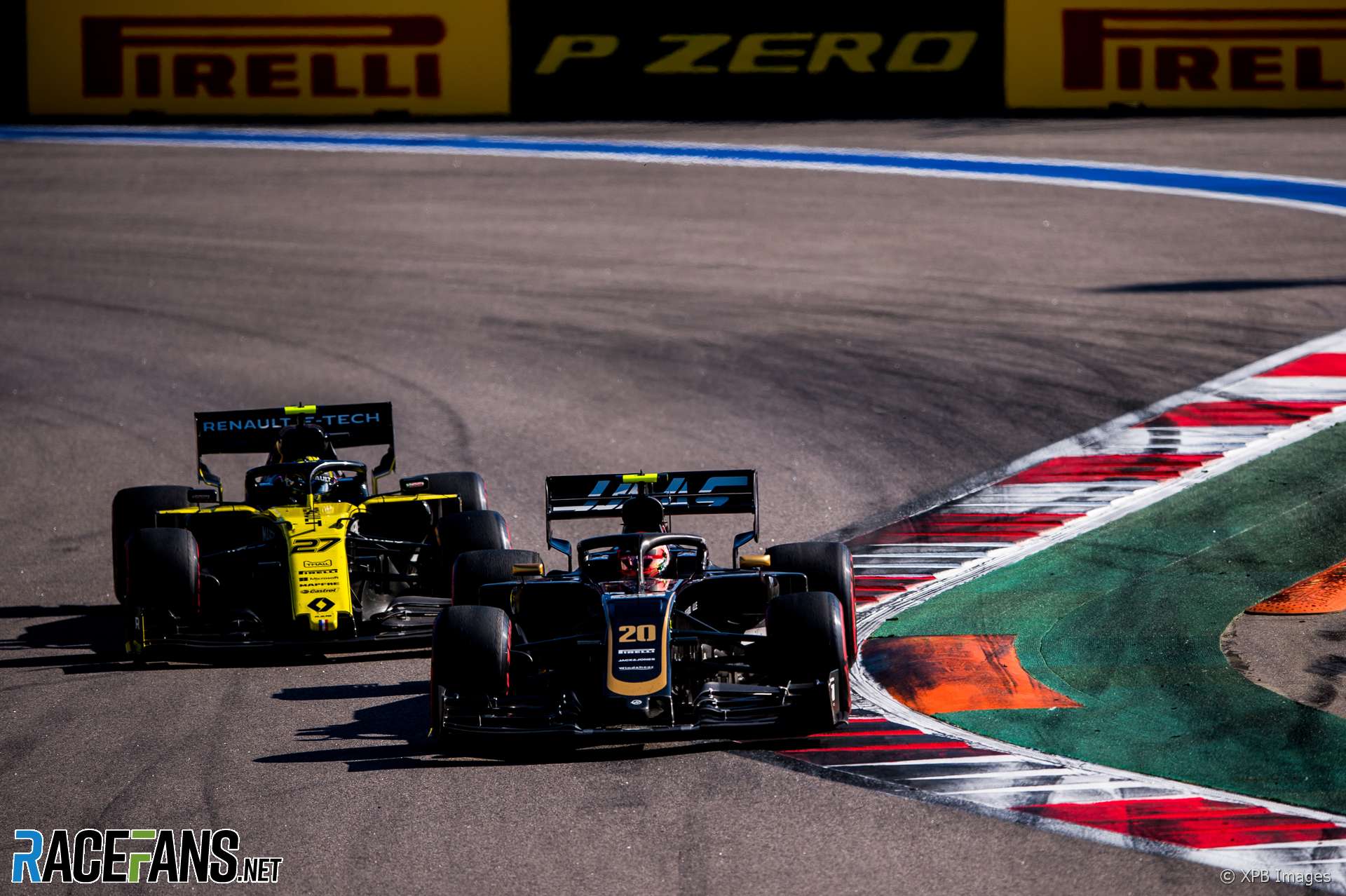 Kevin Magnussen and his Haas team principal Guenther Steiner were livid about the penalty which cost the driver eighth place in last weekend’s Russian Grand Prix.

Speaking on the radio after the race, Magnussen described his five-second time penalty for leaving the track at turn two and failing to rejoin correctly as “bullshit”. He repeated his criticism after the race and said he expected the FIA would realise they had made a mistake.

Steiner went even further, blaming a “stupid, idiotic steward” for the decision. This echoed his words from May, when following another penalty frustration he remarked “some of the stewards are just not up to being stewards”.

However Magnussen was far from alone in receiving a penalty for not following the stewards’ instructions at turn two.

F1, F2 and F3 drivers alike were given similar instructions for how to treat the run-off area ahead of the start of last weekend’s races on Saturday. The race director’s notes advised them: “Any driver who fails to negotiate turn two by using the track, and who passes completely to the left of the first orange kerb element prior to the apex, must re-join the track by driving to the left of the white blocks and remaining to the left of the orange block in the run off.”

Nine different drivers fell foul of this rule over the next 48 hours. Here’s a summary of their penalties:

Clearly, the stewards were consistent in the penalties given to all nine drivers. While Magnussen argued he did not gain an advantage by rejoining the track in the manner he did, almost all of the other drivers were also not deemed to have gained an advantage.

Time and again drivers claim what they want from stewards is consistency. Had Magnussen taken note of the eight penalties handed down in the F1 support races, he might have avoided being the only F1 driver who copped a penalty for it.

Could Steiner’s criticism attract the attention of the governing body? Three years ago Sebastian Vettel formally apologised after furiously disputing a penalty call with Charlie Whiting, the race director at the time, on the radio.

On Sunday evening in Sochi Whiting’s successor Michael Masi said he hadn’t heard Steiner’s comments but pointed out there are other avenues through the FIA which could look into them and take action.

“The FIA’s got its various judicial processes, be it at the circuit [with] the stewards, there’s various other processes and avenues that exists within the judicial and disciplinary rules that the FIA has,” he said.

“I’ve heard the about the comments that were made on the radio, I haven’t seen them directly so I’m not going to comment on what those are. At the end of the day, we’re all here to do a job be it officials, the teams, everyone. So I think there has to be a level of mutual respect.

“But with regard to the specific comments I haven’t seen them so I prefer not to comment on them until I have. If something’s been said that’s inappropriate there’s those that are in charge of the judicial elements away from the event that can look at it.”

While earlier decisions which have gone against Haas might have been borderline calls, this one clearly wasn’t. The team may regret reacting so strongly to a clear violation which received an indisputably consistent penalty.