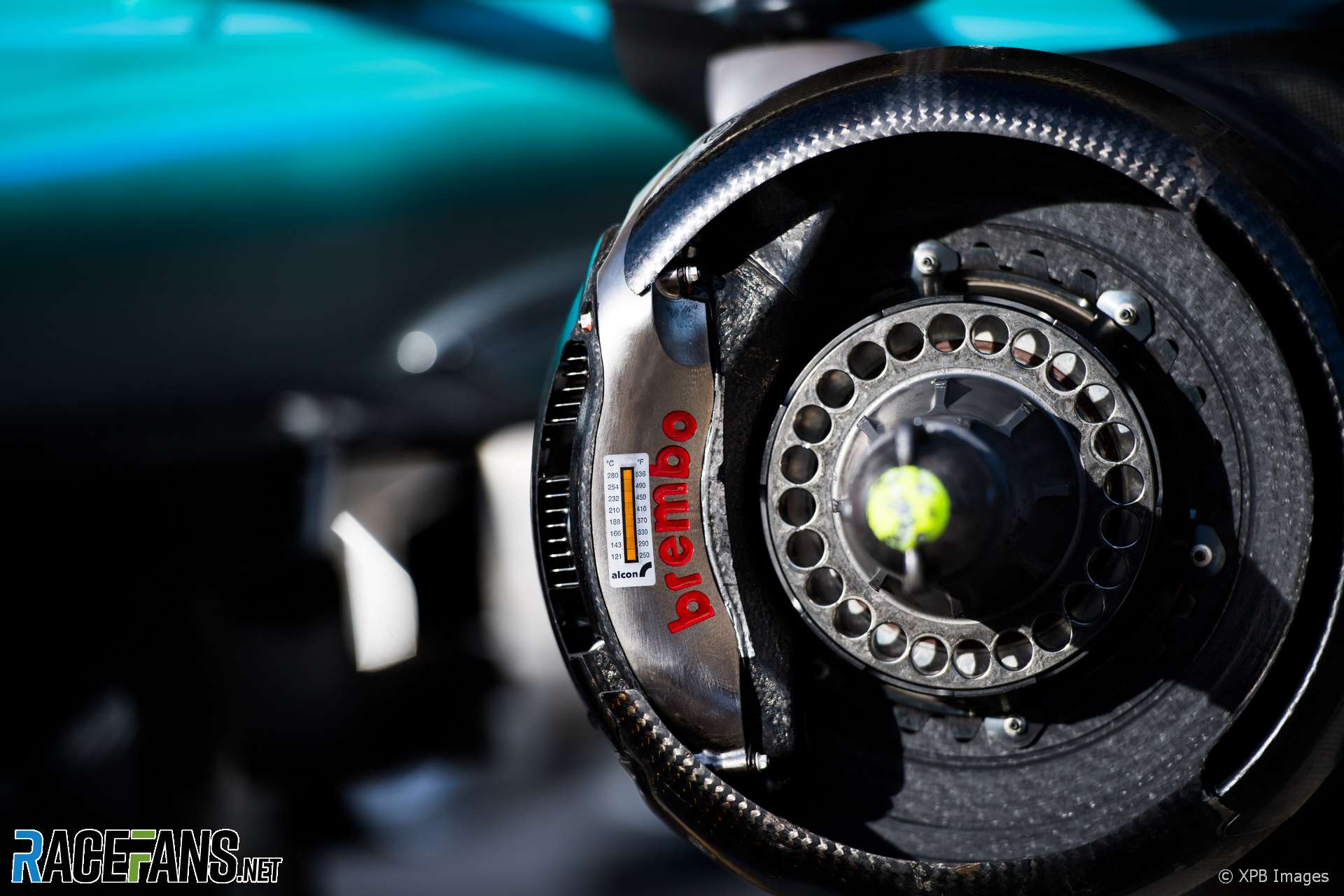 The FIA’s announcement that it has withdrawn its tender for a standard supplier of braking materials and systems is highly significant. It is another indication of the continuing influence of the teams in the 2021 regulatory process.

In May RaceFans revealed a similar tender for gearboxes had been withdrawn. At the time the sport’s governing body stated their decision “was based on consideration of both technical and financial information made available by teams and suppliers.”

According to sources, there are no current plans re-open the gearbox tender, certainly not in the short-term.

The today the FIA announced that “to allow further evaluation of the real-world performance of the 2021 Formula 1 cars, the FIA has chosen to delay the potential implementation of single suppliers for brake friction materials and brake system components.” Note the word ‘potential’, and the plural ‘suppliers’…

The FIA further referenced Brembo as the ‘pre-selected’ bidder. RaceFans understands the company is disappointed given the prestige associated with the highly visible relationship provided by Formula 1 global platform, but understands the FIA’s decision and remains available for further discussions.

However shortly before the announcement a senior F1 engineer told RaceFans that his team was concerned about the pending move to standardised safety-critical items such as brakes as “we have continuing dialogue with our suppliers, who upgrade their components as we develop our cars, and with standard tender items that is no possible.

“That is a major concern with such critical items,” the source added.

While the engineer has a point there is, however, a peripheral performance factor: Brake systems are major contributors to the aerodynamic efficiency of a Formula 1 car, with front brakes generating vast amounts of air at speed and, crucially, these are mounted at the front of the car, where they are able to influence airflow across and under the car. Both are critical aerodynamic areas.

“With all their cooling slots, think of brake discs as enormous fans running at over 300kph,” he said, “then consider the airflow they generate that is directed in a chosen direction.”

Brake disc design is bespoke to each team, while drivers have different friction material preferences. Clearly, then, there is no overall appetite at team or driver level for standardised systems, particularly amongst the front-runners who have the facilities to exploit the aerodynamic potential of their own brake designs.

While the ‘postponement’ could be reviewed once ‘real-world performance’ has been established, sources are sceptical whether a brake tender will eventuate under the proposed 2021-2025 technical regulations. It also raises questions about the tender process and F1’s ability to simulate performance despite promises that the 2021 package is the result of the most exhaustive such process in the history of F1.

In addition to gearboxes and brakes, other targets for standardisation include safety structures, signal panels and wheel rims. Teams are known to be concerned about the switch to specification rims particularly as these are aerodynamically sensitive items. In addition, certain teams enjoy commercial relationships with wheel suppliers.

That the brake system ‘postponement’ was announced a little over a month ahead of the already-extended (by four months) publication date of the 2021 regulations, is a further concern, for it raises questions about other areas of change that the teams may yet insist upon. Indeed, during the FIA press conference in Sochi the three team technical representatives voiced their concerns about increasing standardisation in F1.

Ultimately the postponement is, as Mercedes technical director James Allison stated in the press conference, “a pragmatic decision”, but overall it raises questions about who has the de facto final say over the 2021’s regulations package: the governing body and commercial rights holder acting in unison, or the teams collectively.