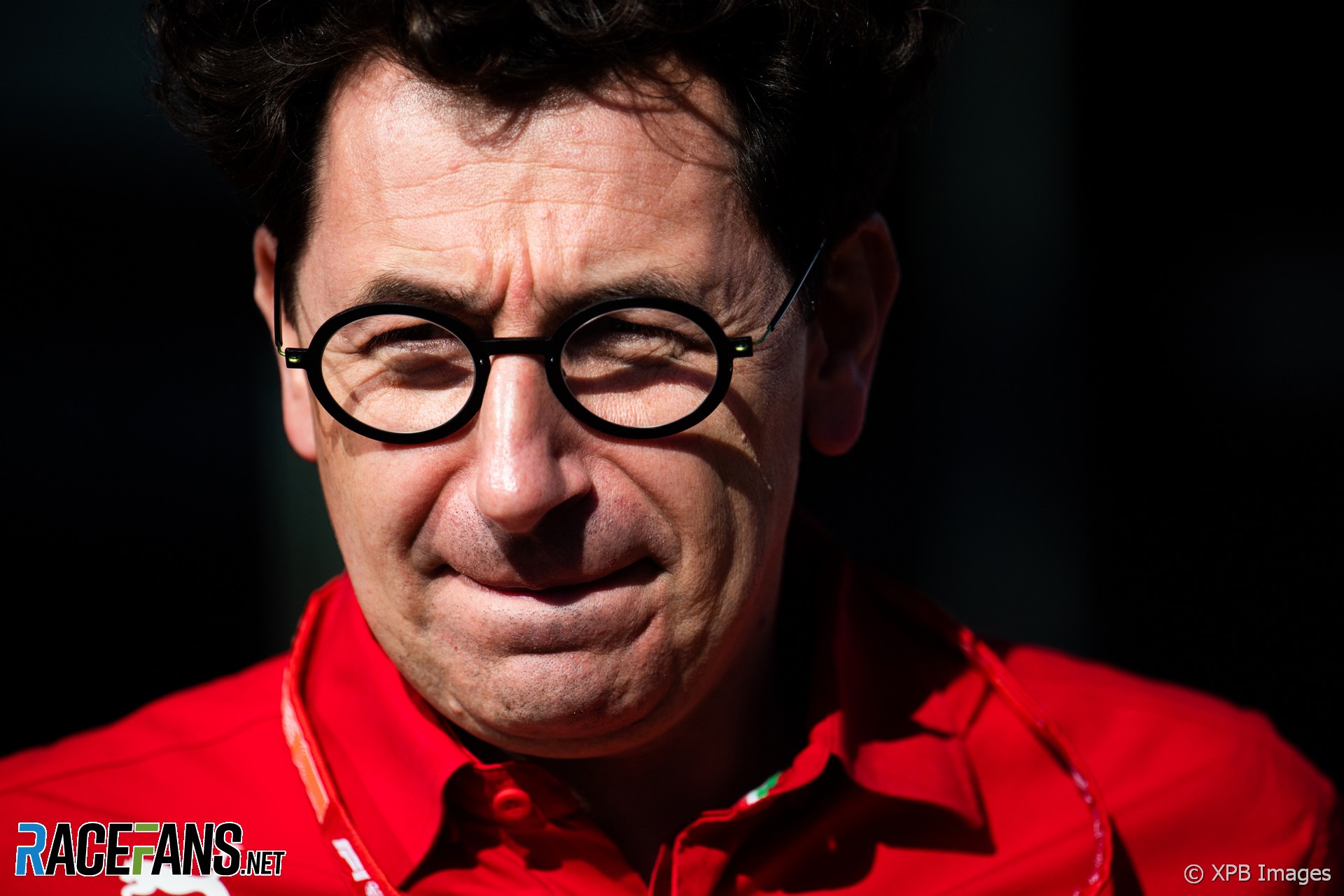 Ferrari team principal Mattia Binotto says it would be “a shame” to block F1’s 2021 rules changes by using its controversial veto right, but has not ruled it out.

The team has objected to elements of the proposed rules changes for 2021. When asked by RaceFans, Binotto said his first choice would not be to use the veto, but to lobby for changes in the rules.

“More important is to be very constructive and we’ve got in a month’s time to try to address what’s the fundamentals from now to to the end of October. If the regulations will not be fully satisfactory by the time end of October, I don’t think that again will be a drama because later on we still have time to evolve, address and improve them.”

A key part of F1’s new rules for 2021 is a new aerodynamic specification which is intended to make it easier for cars to follow each other closely. However Ferrari considers the regulations too restrictive, and Binotto wants them to be relaxed, giving greater freedom to designers.

“So I think these are the key points on which there is still room [for] collaboration and making a different choice compared to what has been achieved so far. So again we are more focussed really on trying to collaborate and address what we believe is fundamental rather than simply saying that we’ve got a veto right.”