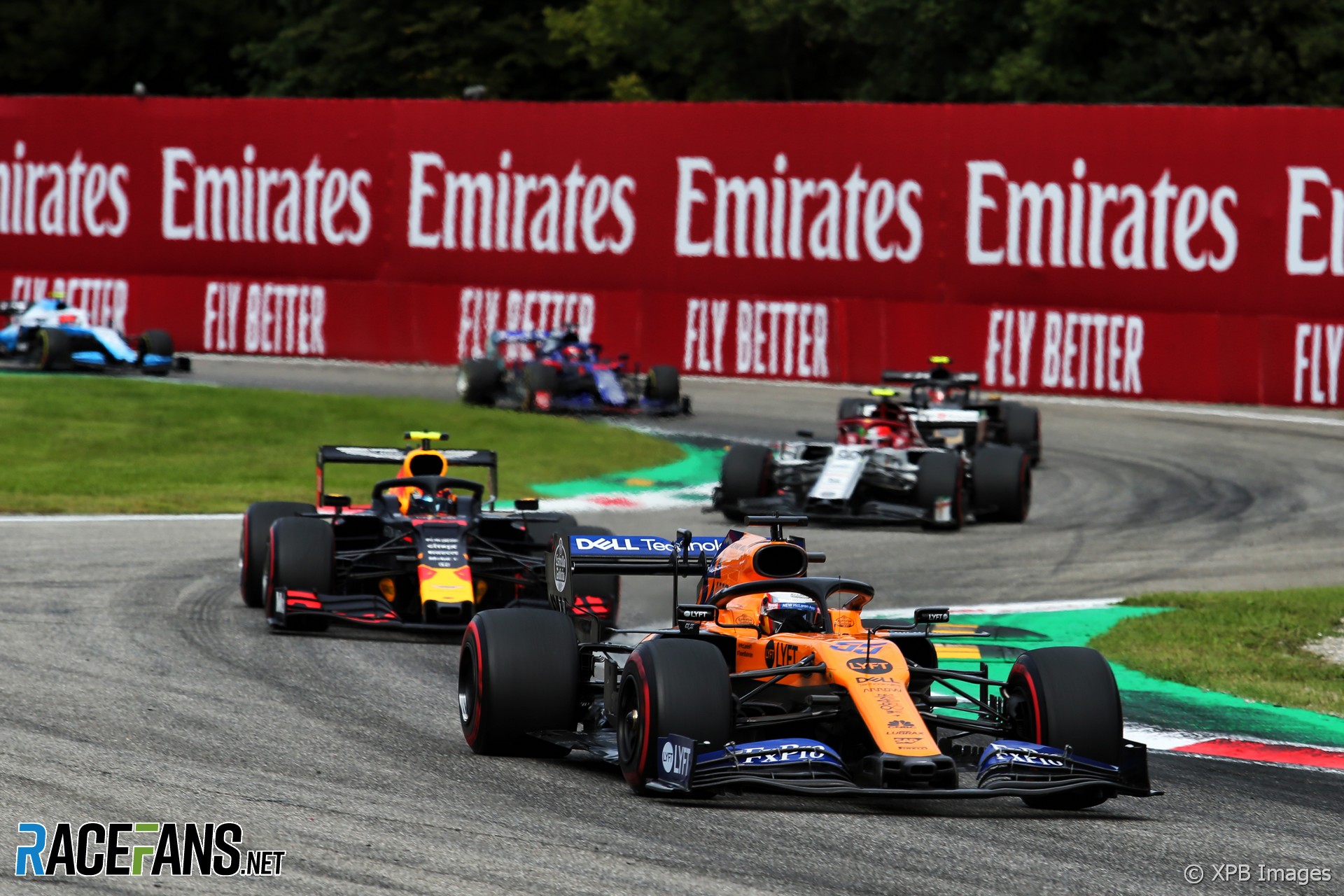 In the round-up: McLaren technical director James Key think F1 cars may not be up to seven seconds slower than this year’s cars.

Force India CEO Otmar Szafnauer suggested the 2021 F1 rules could make cars up to seven seconds slower but Key’s prediction was more cautious when asked how he thought lap times would change in 2021:

I’m not going to give you a number because I think it’s too early to say. I don’t want to get pinned down by number on the ’21 regs too early.

But I think all the teams need to work at this to work out how much potential there is. FOM and the FIA have had done a great job of putting out a very different set of guidelines for how a car should be and we’re in the process at the moment, all teams in the process are trying to understand, as they mature a little bit, trying to understand what that really means, what a quick ’21 car is.

Will there be a bit of grip loss for those different 18-inch rim tyres? Maybe, they’ll be different animals. The aero is more I suppose you could say slightly more simple than we see now but. But there’s a lot of different mechanisms for generating performance with the aero. And the engines will be the same.

So I think we need to see how all of these things combine to give us a better picture. But we’re not talking massive differences, I wouldn’t have said, at this stage. It could actually be quite close, but we’ll see.

"The 17-year-old will be the second Schumacher in the support paddock in Russia, joining his cousin Mick Schumacher, who drives for Prema Racing in the FIA Formula 2 Championship."

"Murray is in talks to run his new T.50 design at Le Mans, which will feature a new class for hypercars from 2021 as part of a shakeup of the FIA World Endurance Championship rulebook. The new rules are meant to allow road-based sports cars, prototypes, hybrids and non-hybrids to compete for overall victory."

"For whatever reason, overtaking has never been as easy as you would think. It’s surprising, given that we have such a long straight. It’s not easy to follow other cars closely around there."

Guenther Steiner: "This year it was a new regulation, so whatever we learn on this car we can implement on next year’s car. That was our aim from halfway through the season when we realized we were struggling with our car. We want to make sure not to make the same mistakes on next year’s car – that was our main aim from midway through this season."

"The bodies were stickered up in spiffy Red Bull graphics for the occasion, but that couldn’t hide the fact that they were junk. 'The cars were not up to the task,' (Danny) Sullivan says. 'They could barely keep the damn things running.'"

Felix Rosenqvist: "I know many guys are looking to do it, and some of my friends, they're always asking about IndyCar, how are the ovals. Maybe a lot of drivers are scared of the ovals, which I can understand."

Roger Penske: "To see what they’ve put together, a small team, and the quality and the capability of Colton Herta is amazing. You could see him today – he ran a perfect race. (His) stops were good, and we were right next to him."

Back on track at 🇪🇸 @circuitcat. LIVE STREAMING 🔴🎥 of @FormulaRegionalEU Race 2.

Does changing the race format for certain weekends only jeopardise the integrity of the championship?

I don’t like this experiment idea on one to two championship weekends, because it would interfere with the championship.

As others stated, imagine a close championship between Mercedes, Ferrari and Red Bull that was decided somehow by one of these reverse grid Saturday mini-races that produce the final grid for Sunday instead of the normal Saturday qualifying we’re used to and love. I understand Brawn’s point of view, not to make radical changes at once and test the water before something is implemented to the rulebook, but that’s not the way to do it.
@Black