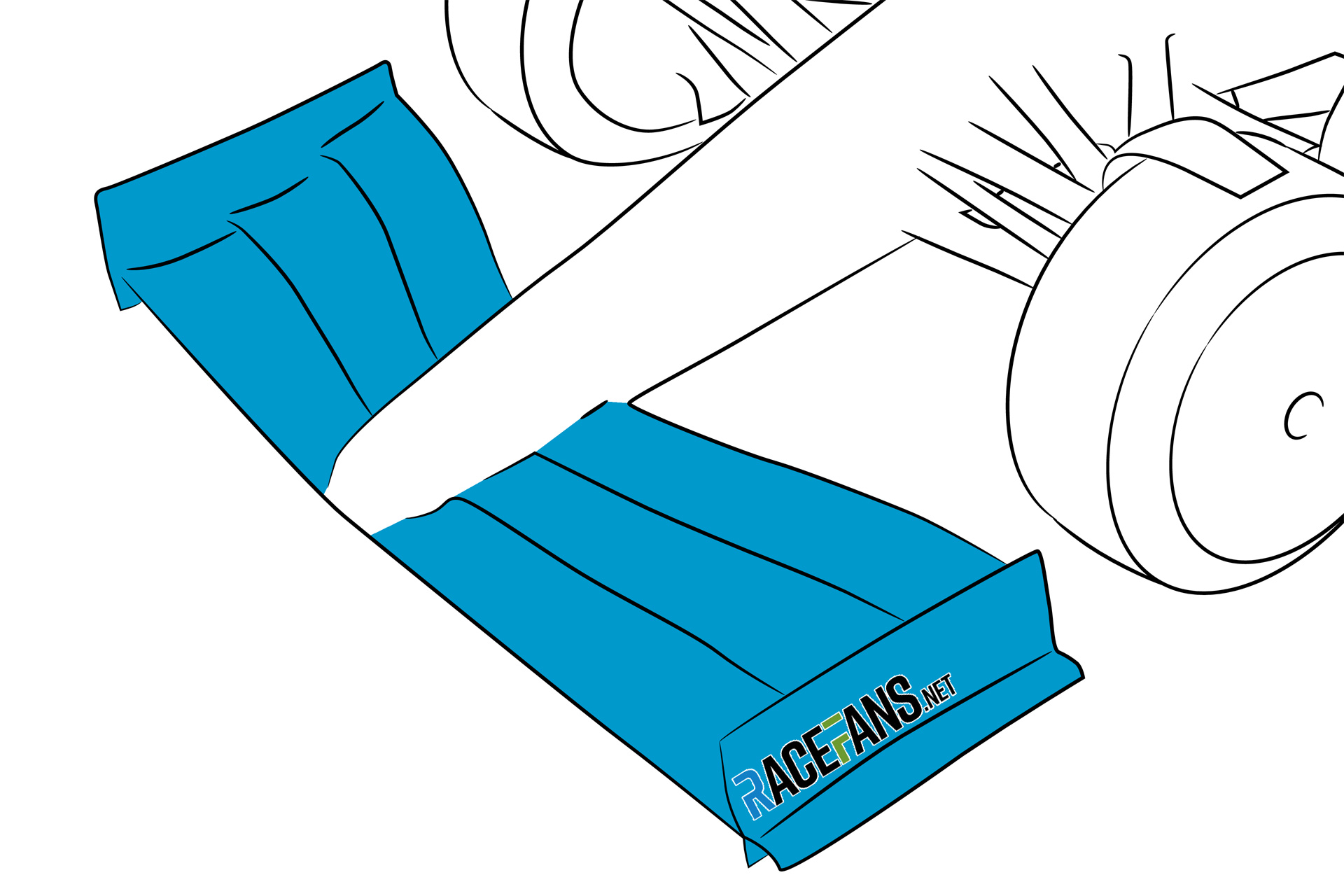 Formula 1 is planning further changes to the shape of front wings when the technical regulations are overhauled in 2021.

The sport is planning major changes to the rules in order to make it easier for cars to follow each other more closely. However the sport’s bosses have previously admitted they were dissatisfied with the aesthetics of the front wing on the proposed ‘India’ concept developed earlier this year (pictured above).

According to the series a new front wing shape has been developed for the latest version of its 2021 car, codenamed ‘Lima’.

“The latest front wing is more robust and no longer straight,” said a statement on the official F1 website, “instead featuring two sweeping flaps, with the endplates pointing upwards dramatically, much like the wing tip on a passenger plane. The tips won’t be loaded up, opening up an area for the teams to develop.”

Front wing were widened to two metres this year. While that is currently set to remain unchanged in 2021, the championship is evaluating whether the wings could be made narrower “without negatively impacting the turbulence”, which could make it harder for cars to follow each other closely.

Other changes on the ‘Lima’ concept include a lower nose and changes to the cockpit to give drivers more space. The floor, which features long tunnels to generate downforce, has also been revised.