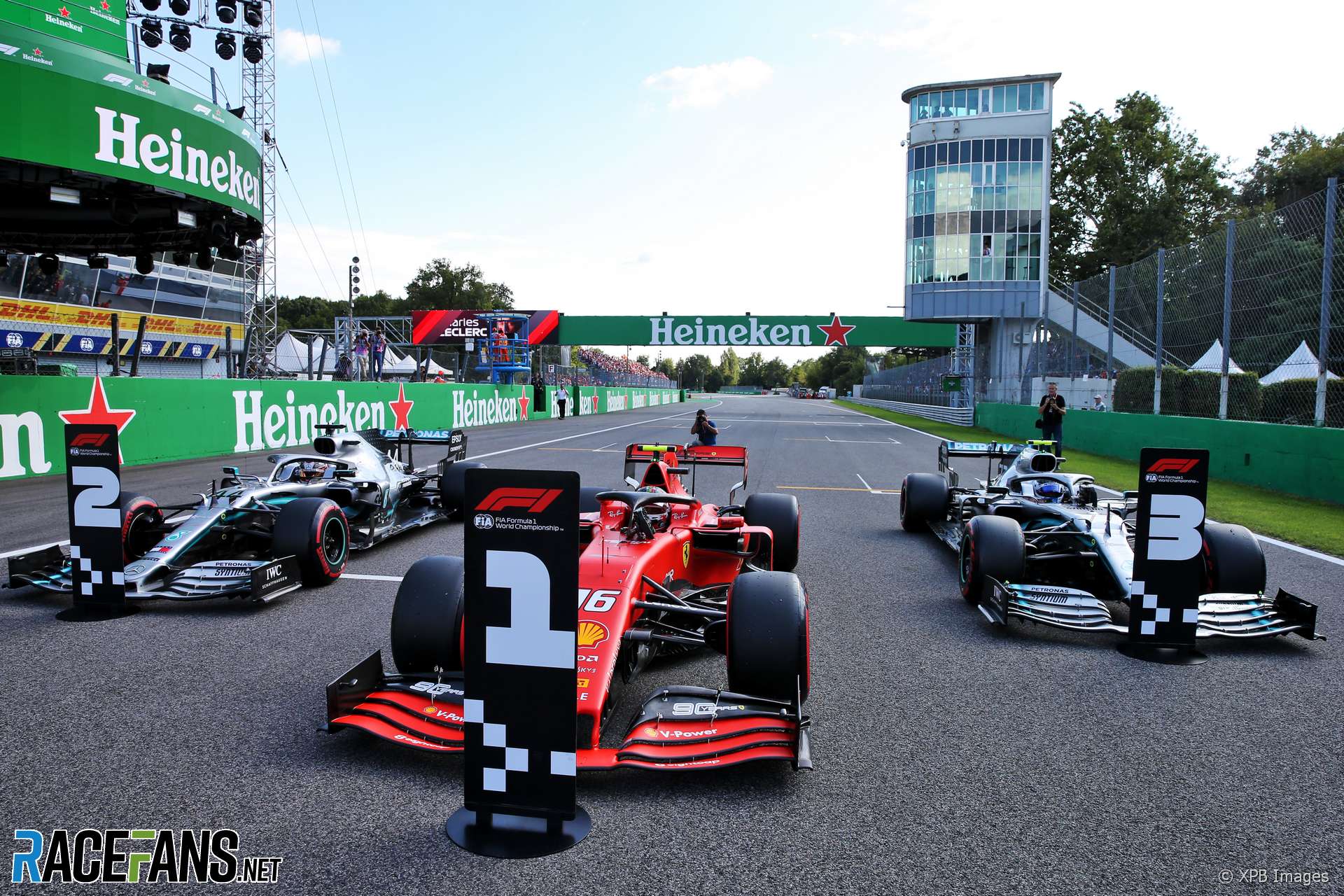 Formula 1 is unlikely to see a repeat of the bizarre scenes at the end of qualifying for the Italian Grand Prix according to Max Verstappen.

Only one of the nine drivers who attempted to set a lap time at the end of Q3 at Monza did so. The rest failed to start their laps early enough having slowed down and queued up behind each other at the start of the lap, hoping to get a slipstream from another car.

Verstappen, who was not involved in the session, said the outcome came as no surprise.

“I knew it was going to happen,” he said. “You could see the clock ticking down, you go like ‘OK, everybody will go out with two minutes to go’ and then people end up not having a lap time.

“I didn’t expect that many people to not have a lap time. It’s a bit silly of course but everybody knows that. But of course you always try to put yourself in the right position so probably I would have been in that mix as well. You don’t want to be the first one, at least.”

However Verstappen believes the different track characteristics of Singapore means the same won’t happen this weekend. “People will try to have an eight-second gap,” he predicted, as the high number of slow corners on the track means drivers will want to avoid being in a slipstream as it will rob them of downforce.

He says there are few remaining venues on this year’s calendar where the value of a tow will be as high as it was in Italy.

“Monza is one of the tracks where it’s really beneficial,” he said. “Even the corners which are there, you’re not losing that much compared to the beginning of the straight.

“In Mexico with the thinner air the effect is less. I’ve never been going to Mexico saying ‘I really need a tow in qualifying’ because there’s still quite a lot of corners where you want clear air.”

“Maybe Sochi a little bit,” he added. “But again it’s not going to be like it was [at Monza].”